What's Budget Estimates all about? 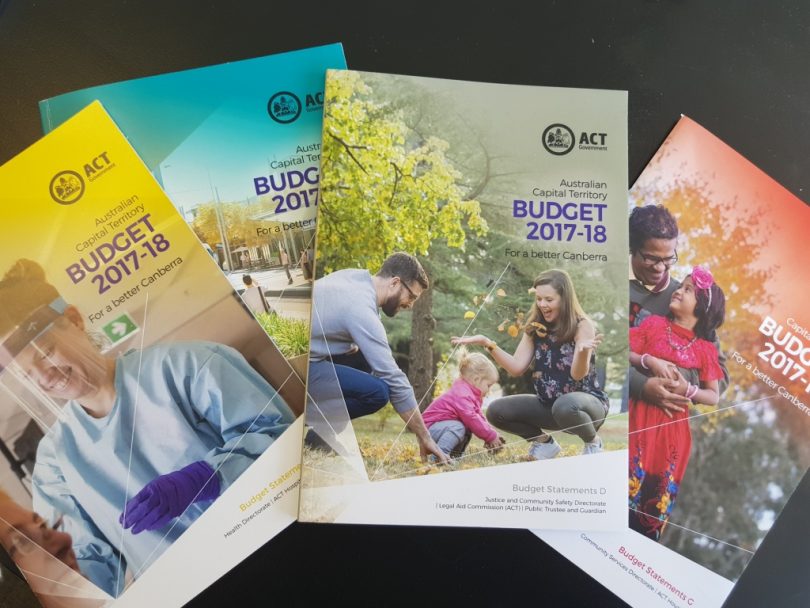 In June every year the ACT Government announces the Budget for the forthcoming financial year. Before the Appropriation Bills (ie the allocation of money) are debated in August, the ACT Legislative Assembly establishes a Budget Estimates committee to examine the expenditure proposals and the revenue estimates. The committee holds hearings with officials and Ministers representing all agencies over two weeks in June to assist with the examination. The committee then prepares a report with recommendations to which the Government must respond before the Appropriation Bill is debated.

The Budget Estimates hearings provide a great opportunity for all non-Executive members to scrutinise the Executive and government officials, and have input to the process. While I’m not on this year’s committee, there were a lot of things I wanted to get a better understanding of and so I attended most of the 12 days of hearings. Here are a few things you might be interested to know*:

Keep an eye out for an improved ‘Fix My Street’ portal

Fix My Street is an online portal which allows Canberra residents to easily notify the ACT Government about maintenance needs in their suburb. Ministers Fitzharris (Transport and City Services) and Ramsay (Access Canberra) have been working on improvements to the Fix My Street portal to allow for greater interactivity and ease in reporting, as well as greater transparency for users on what has already been reported. There will also be a focus on closing the loop on when issues are resolved, as well as providing practical information to the community at the suburb level about city services available in your area.

The bikeway will link UC, Radford College, CIT Bruce campus and GIO stadium with the Town Centre and surrounding suburbs. The bikeway will give separated paths for pedestrians, cyclists and cars. The route will build on what was identified in the Belconnen Town Centre Master Plan and what the Government knows about movements around the Town Centre. The community will be consulted on the specific route but part of the route will also go through the old Joynton Smith busway.

With more and more people living in the town centres, one of the ways to activate the town centres is to make them safer to get around, including by slowing the traffic down.

The new DA Finder tool allows you to see on a map any development applications that are open for public representation, or recently closed, and then view the plans online. The planning directorate is looking at ways of making DAs which are closed for public representation more easily accessible to the public (you currently have to e-mail or call the directorate). The Director-General of the Planning Directorate also agreed to investigate how to make notification letters (letters sent to neighbours advising them that a development application near them is open for comment) easier to read. Changes are also being made to the way DA signs on the development site look so they are more easily read and understood.

The Director-General also flagged the development of pre-DA consultation guidelines. The draft of these has now been released for public input.

The ACT Government currently has a mobile dental clinic which travels to residential aged-care facilities where diagnostic, preventative and actual treatment is done in the van. This Budget provides for two more dental vans: one which will be dedicated to schools and the other targeting lower socio-economic areas.

My colleague Chris Steel MLA mentioned earlier this week that the ACT Government has announced an investment of $1.35 million in this Budget for a trial of self-driving technology in the ACT. While other Australian jurisdictions are also running AV trials, their trials are doing confined, pod-based, closed track trial arrangements as well as external sensing trials. The ACT will uniquely be looking at driver interactions with vehicles. Understanding driver’s interactions is a critical piece of missing research. Active cars will probably be seen on the road in the early part of 2018.

Previous events which have been funded under a similar type of program include Versailles: Treasures from the Palace, Masterpieces from Paris, the Asian Cup (football) and the Cricket World Cup. These types of events bring, on average, 70 per cent of people from interstate.

Expanding flight services in and out of Canberra

Tiger Air is adding more flights to the Canberra-Melbourne route and starts three flights per week between Brisbane and Canberra on 14 September. In addition to Qatar’s announcement that they intend to start services to Canberra in 2018, the Government’s medium-term operation includes work to connect Canberra to Auckland, allowing for a north and south America launching point. With flights to Singapore linking Canberra to Asia and Qatar linking us to the Middle East and onto Europe, flights from Auckland linking us to the Americas will mean Canberra is connected to many of the major parts of the world.

Other points of interest

* Disclaimer: This post is drawn from the proof transcripts of the hearings which are subject to review and corrections of any information.

In the analysis of the budget by Pegasus (CT 21/6) it said that “General public services” will be reduced by 16% from 2016-17 to 2017-18. This seems to have slipped under the radar. Why should we suffer further to pay for slower trams to replace buses?