Take time out from trick or treating this Halloween weekend to catch an Australian premiere at the British Film Festival, world top 200 tennis players at the Canberra International qualifiers, Fair Day at Westside; the season opening party at Civic Pool and domestic violence crusader Rosie Batty in conversation with journalist Sarah Ferguson.

Canberra International tennis tournament
Watch the stars of the future and those who have already reached the top 200 in the world compete for a spot in the $50,000 ATP Challenger and ITF Women’s $50,000 event during qualifying rounds this weekend. The men’s qualifiers are from 9am Saturday and women’s from 9am Sunday. Main draw action starts on Monday. Entry to the Canberra Tennis Centre at Lyneham is free throughout the event. 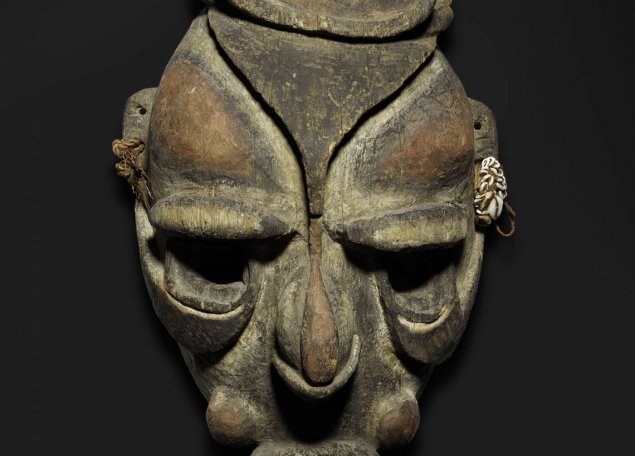 Myth + Magic: Art of the Sepik River, Papua New Guinea
Myth + Magic showcases tribal artist masterpieces from Papua New Guinea at the National Gallery of Australia and wraps up this weekend. The exhibition features extraordinary and rarely seen examples of art from the region surrounding one of the largest river systems in the world. This is the first exhibition in more than 30 years to explore art from the area. The NGA is open from 10am daily.

Come Alive! Festival of Museum Theatre
Canberra school students present free theatrical performances at Come Alive! bringing the collections of the National Gallery of Australia and the National Portrait Gallery to life for visitors. Bookings are essential, but tickets are free. Performance times at 11am, 1pm and 3pm on Saturday and Sunday.

Outdoor Pools Summer Season Opening Day
Entry to the Canberra Olympic (aka Civic) Pool will be free all weekend to mark the official opening of Canberra’s outdoor pools for the summer on Saturday. Minister for Sport Shane Rattenbury MLA will launch the festivities just after 11am to get the family fun day underway. There will be a sausage sizzle, diving displays, a pool inflatable, jumping castle, aquatic novelty races and a kids’ disco.

Fair Day 2015
The AIDS Action Council’s Fair Day at Westside Acton Park will celebrate Canberra’s diverse LGBTIQ community with a fabulous day of markets, gourmet food, social groups and advocacy stalls, music and drag, kids’ entertainment and more. The popular pet parade will be a highlight and chance to win some great prizes. Fair Day runs from 1pm to 6pm and is followed by the Fair Day Rooftop After Party from 6pm to 11pm featuring DJ Sveta, drag sensation Vanity Faire and Arq dancing boys Ripley, Garret and Thomas. 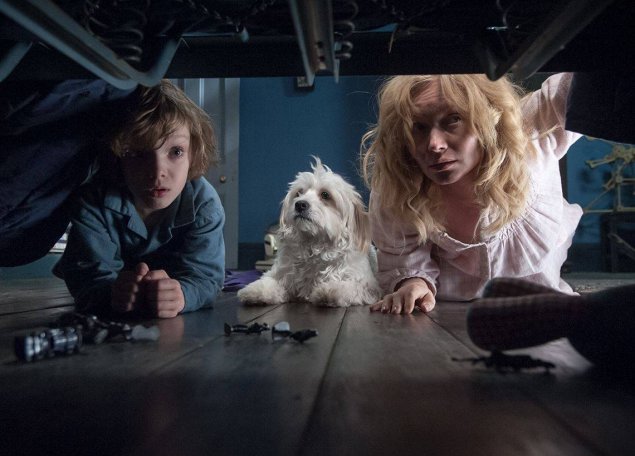 NFSA Fright Fest – All Nite Late Show
The National Film and Sound Archive is said to be one of Australia’s most haunted buildings, so it is only fitting that it is host to an all-night movie-thon for Halloween. Local ghost hunter Tim the Yowie Man kicks off the 12-hour evening after doors open at 9pm. The ticket price includes all-night tea and coffee and breakfast. 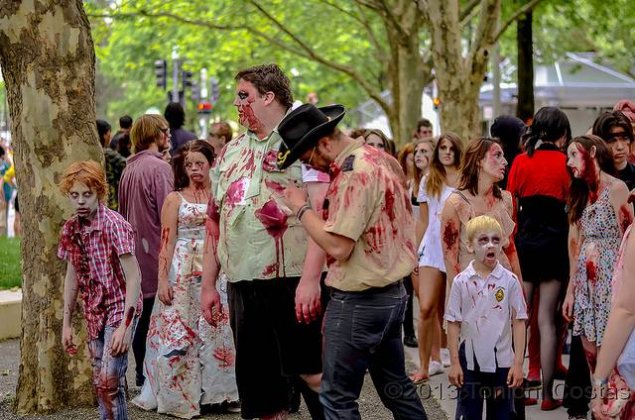 Canberra Zombie Walk
The 2015 Canberra Zombie Walk is a free event for all ages to raise awareness for the Brain Foundation. Organisers ask that you register and bring a gold coin to donate. Participants dress up like zombies and the undead to shuffle through the city streets, starting from 3pm at Regatta Point.

Canberra Girls Grammar School P&F Fete
It’s fete season, and there are local school and church fairs all over town this weekend. The Canberra Girls Grammar School P&F fete is one of the biggest in the capital with over 50 stalls. You’ll find hot food, bake stalls, Greek sweets, plants, pre-loved books, carnival rides, a fashion parade, animal nursery and show bags and more between 10am and 3pm at CGGS, Melbourne Avenue in Deakin.

An Introduction to Fermentation
Health and wellness coach Jane McIntyre introduces you to fermentation with a hands-on demonstration. Each participant will walk away with a jar of beetroot, carrot, sauerkraut and sour cream that you can replicate at home. Bookings are essential and the cooking demonstration starts from 10am at YMCA Bush Capital Lodge.

Sri Lankan Food Fair
The annual Sri Lankan Food Fair is on again this Saturday from 11am at Kambah Buddhist Vihara (30 Jenke Circuit). The menu looks amazing (check out the link above), and it is recommended that you get there early, or the food may run out.

University of Canberra Capitals vs Melbourne
In the third home game of the WNBL season, watch the Capitals take on the Melbourne Boomers at AIS Arena this Saturday (though without Lauren Jackson who strained her knee at training last week. The game starts at 7pm, get your tickets from Ticketek.

2015 ICON Water Run for Your Lifeline fun run
The Majura Parkway hosts this year’s Lifeline fun run, hosting half-marathon, 10km and 5km distances. Races start from 6am, so its best to register and arrive early so you don’t miss your start time. Enjoy the views of vineyards and grassland as you support a worthy cause. 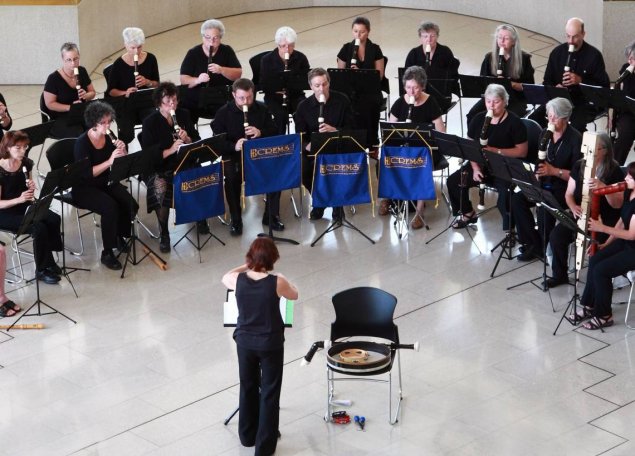 Soundscapes with Recorders at the High Court of Australia
The High Court of Australia provides a unique acoustic environment to experience the Canberra Recorder and Early Music Society’s recorder orchestra. Enjoy the tranquil harmony of ensembles and the entire orchestra playing early and modern music this Sunday afternoon. Bookings are necessary. 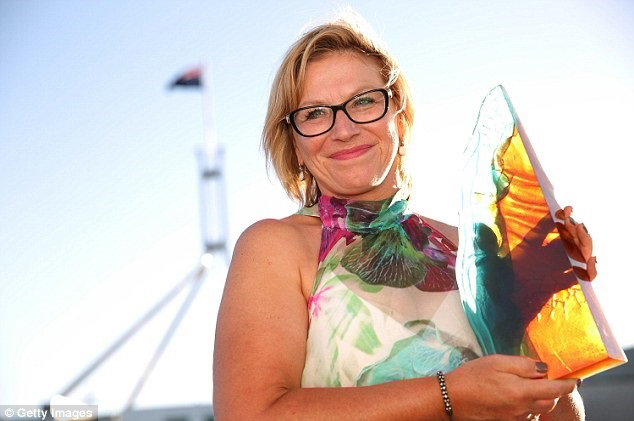 In Conversation with Rosie Batty
Award-winning ABC journalist Sarah Ferguson is in conversation with Australian of the Year Rosie Batty this Sunday from 2pm at the National Museum of Australia. Domestic violence crusader Batty’s memoir, A Mother’s Story, was published earlier this month.

The Waifs
Following the release of their latest LP, Beautiful You, The Waifs return to Canberra for a live show. With more than two decades of national and international touring, The Waifs have a dedicated and loyal fan base – you will want to get your tickets for Sunday’s show at the Canberra Theatre now. The performance starts at 7.30pm.

Just bring on the weekend , and we will make an event ourselves :p
#Netflix

There may not be a Spooky Cat Film Festival, but there will be the Canberra Cat Show, this Saturday at Hall Showgrounds.

Oktoberfest is on Fri Sat & Sun this weekend too!! Budawang building Exhibtion Park.. Bring it on!!!

Josh O'connell - 4 minutes ago
Brendon Anderson skin tight onesies 🙄 View
Michael Norman - 19 minutes ago
Would a non-divisive approach to problem solving serve communities to move forward? The problem is around infrastructure that... View
Trish Roberts - 24 minutes ago
I’m a pedestrian, e-scooters are danger. Some of us gave feedback when surveyed before they were brought in, but of course,... View
Food & Wine 3

Ivana Ryan - 36 minutes ago
Toasted sandwich and a coffee 😋 Bojana Simic View
Christopher Rompotis - 2 hours ago
Hannah next brunch catch up? 🤔 View
Nicolas Normandeau - 10 hours ago
Matilda Jones I need this in my life. This sounds so good!... View
News 21

chewy14 - 40 minutes ago
Capital Retro, You're partially correct but not in the way you think. The SA battery has been so successful simply because th... View
David Wagner - 48 minutes ago
I like it, but why not look at biogas using sewage plants eg. Europe or Stirling engines or ........ View
Capital Retro - 11 hours ago
You know what windfall means? Take that away and the venture has probably lost money. Gas peakers all over Australia would ha... View
News 1

HiddenDragon - 15 hours ago
Why stop with repatriation flights? The logical conclusion to the economies of scale argument (which is equally relevant to j... View
Capital Retro - 17 hours ago
Forget the "the significant costs and operational requirements associated with the program." being the reasons. The risk is u... View
ChrisinTurner - 19 hours ago
It is amazing how the number wishing to return home has remained constant despite over 100,000 returns. View
Sport 4