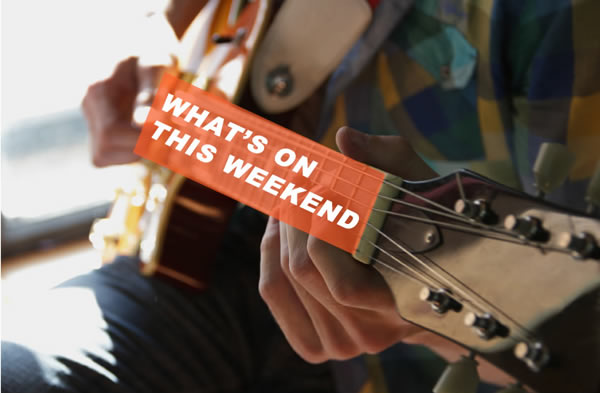 Another weekend with lots to do in the capital, including the 2015 Canberra Comedy Festival, which runs until Sunday at various venues. With a line up including Jason Byrne, Mike Wilmot, Urzila Carlson, Wil Sylvince, The Umbilical Brithers, Ronny Chieng and Akmal Saleh, there’s a show to suit every type of humour.

Have a good weekend! Add your own suggestions below.

Tags 21st and 22nd March What's on this weekend?

4 Responses to What’s on this weekend? 21st and 22nd March 2015
Filter
Showing only Website comments

There is also the Canberra Retirement Lifestyle and Travel Expo at EPIC from Friday 20th to Sunday 22nd March from 10am – 4pm daily. Not just retirement, holidays too!

Missed this one in the guide: Narrabundah Shops hosting sixth Narrabundah Festival on Saturday. http://the-riotact.com/narrabundah-festival-this-saturday/143355

Fasn N Treasure is also on this Saturday at EPIC, 10am – 3pm
http://www.fashntreasure.com.au/

Burgmann School in Forde is having a fete Friday afternoon 230-7pm.

Dom Polegubic - 14 minutes ago
This is a good link to an intro to Croatian wines: https://winefolly.com/deep-dive/introduction-to-croatian-wines/... View
Opinion 11

Deepak Ramanath - 35 minutes ago
James Forge Wow, where is this? View
James Forge - 36 minutes ago
Deepak Ramanath the government is about to demolish an overpass and replace it with yet another set of traffic lights View
Kylie Wylie - 1 hour ago
Residents of Lyons suffer badly every work day. Every main road is gridlocked with rat runners that mostly won't even let oth... View
Opinion 189

Alex Dee - 39 minutes ago
You need to get out more. View
Francesco Merlino - 46 minutes ago
Alex Dee Alex Dee I hope you are right! View
circe64 - 2 hours ago
There is a road going into Gungahlin where 90% of drivers clearly show they don't read road signs. They drive 60 in a clearly... View
Lifestyle 2

inverted63 - 45 minutes ago
Oh dear. ...Makes accusations about made up statistics & then cites a total of 3 successful female artists across a whole ind... View
Breaking 1

Shay Daisy - 56 minutes ago
So sad. Please everyone be careful out there. Be patient, observant and kind so we can all be safe. View
Breaking 11

@The_RiotACT @The_RiotACT
Canberra's surging house prices mean couples are taking longer to save for a deposit, and are being forced to lower their aspirations, according to a new report https://t.co/DmpeMwLcDP (55 minutes ago)