Which Way Home is playwright’s love letter to her father 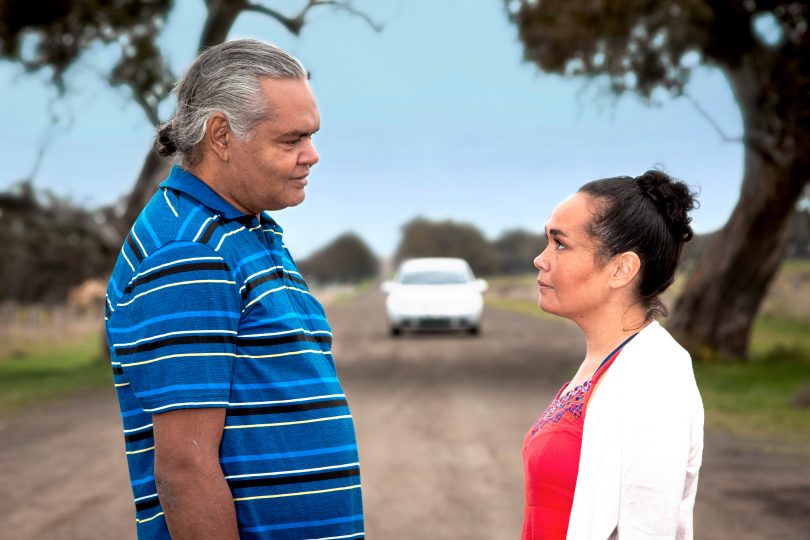 In July, ILBIJERRI Theatre Company’s production Which Way Home will take to the Tuggeranong Arts Centre stage for two shows.

Written by Balnaves Indigenous Playwrights Award winner Katie Beckett, Which Way Home is described as a road trip comedy 80,000 years in the making.

The play centres on the relationship between a daughter and her single Aboriginal father. It tells the story of Tash and her Dad, who are going home to country, where the sky is higher, and the world goes on forever. It’s a long way from the wide streets and big old houses of Tash’s childhood. Dad still thinks he’s the King of cool, but he’s an old fella now. It’s time for Tash to take him home.

In the lead up to the production, TAC had a chat with writer Katie Beckett about how the play came about and the importance of telling stories like this. 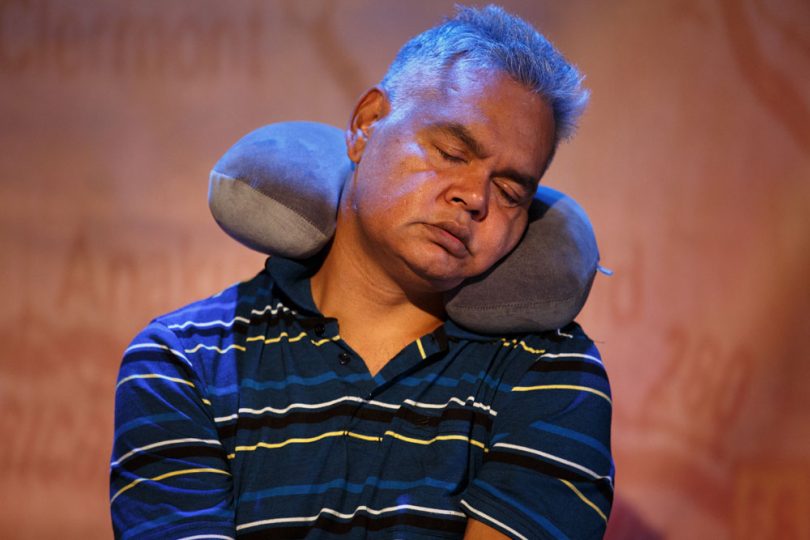 Kamahi Djordon King as Dad in a rehearsal of WHICH WAY HOME. Photo: Snehargho Ghosh.

Which Way Home came about after Beckett’s father suffered his fifth heart attack. “I had just had my baby and was a single parent and so was my dad,” Beckett says. Scared she was going to lose her father, she recalls, “it was just an open love letter. I just started writing memories as a way to deal with it.” Beckett’s admiration for her father is immediately evident as she speaks. “I was really proud of my dad,” she reflects, describing how hard he worked as a parent following the death of her mother in a car accident when Beckett was five. “My dad really fought and tried hard to make sure he could look after us.” After her mother’s death, her father even studied at TAFE in order to better support his children. “Even if he wasn’t working he put food on the table,” Beckett says.

After producing about eight pages of vignettes about her father, Beckett submitted them for a residency program with ILBIJERRI Theatre Company – Australia’s leading and longest running Aboriginal and Torres Strait Islander theatre company. Director Rachel Maza loved the humour of the work and over the next two years, the pair worked together to develop it, creating the material for Which Way Home. They then brought in dramaturge Jane Bodie to help shape the material and provide structure to the play. 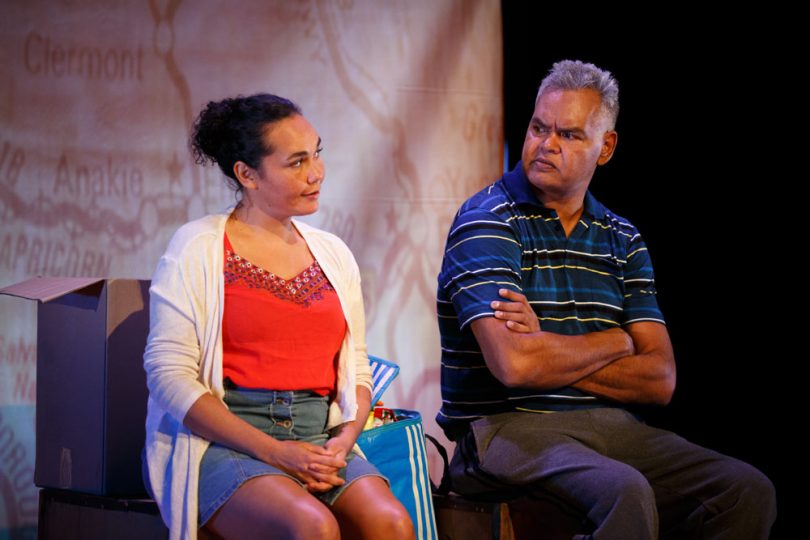 Katie Beckett as Tash and Kamahi Djordon King as Dad in a rehearsal of WHICH WAY HOME. Photo: Snehargho Ghosh.

“We actually did the road trip [from the play] with Rachel,” Beckett says, laughing as she recalls the trip’s events. Beckett reflects on the heat and the red dirt of the landscape, “even when the doors were closed it still managed to get in everything.” “Me and my dad were loving it,” she says. The others were less impressed, especially when they got lost and took a three-hour detour.

Many of the humorous anecdotes from the trip made it into the final play and it’s this kind of humour that Beckett hopes audiences will take away. As an actor, she says, “I did a lot of roles where women were always victims. There were no stories about urban Aboriginal life. I wanted to show the resilience that we have and the humour.”

It’s not all laughs though, “this play shows the intergenerational trauma… the fear of kids being taken away.” But Beckett says, “I wanted to show people this with love.” And audiences have certainly responded accordingly.

The national tour of the production has recently kicked off with shows in regional Victoria and Beckett has been particularly delighted with the number of children and students that have seen the show. “Everybody seems to respond to it,” she says. 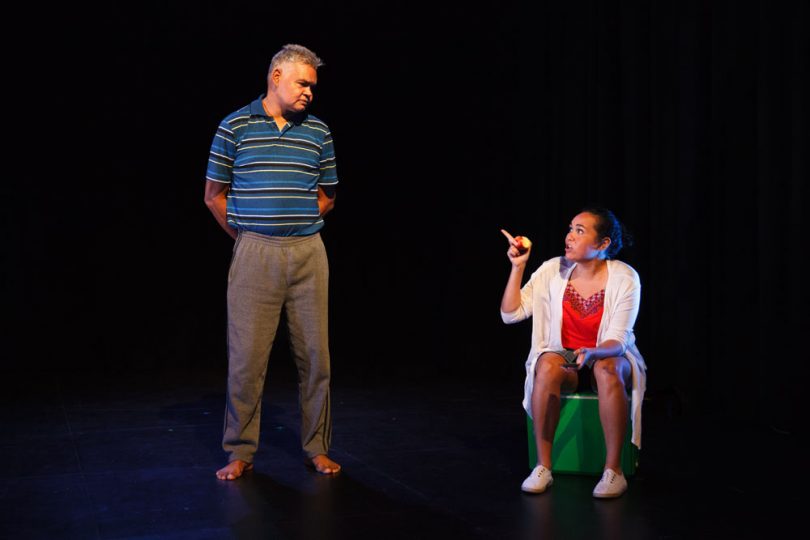 Kamahi Djordon King as Dad and Katie Beckett as Tash in a rehearsal of WHICH WAY HOME. Photo: Snehargho Ghosh.

Even Beckett’s father has enjoyed seeing himself reflected on stage. “He absolutely loved it,” she laughs, recalling his reaction to the 2017 premiere at Belvoir in Sydney. “It was really embarrassing, at the end… he was meant to come up and bow.” Instead, Beckett says, “he got up at the end and he started dancing and singing. This went on for about twenty minutes.”

Like any parent, Beckett reflects, “he’s happy to know that he’s done an okay job.”

Which Way Home is on at Tuggeranong Arts Centre on Wednesday 18th July at 11:00 am and 7:00 pm. Tickets are $20 adult and $15 concession and can be purchased via www.trybooking.com/TGFL