Why are we all sneezing so much? 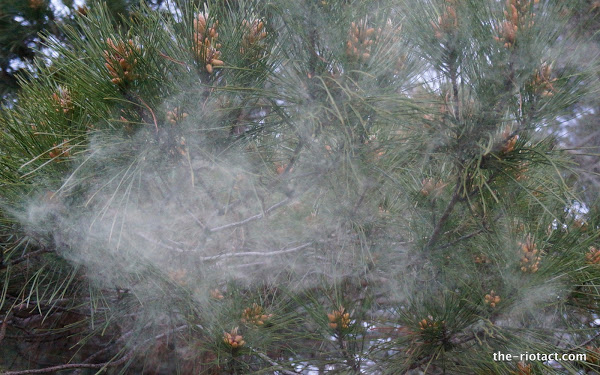 Despite the drought, it’s a surprisingly sneezy spring season for many Canberrans. Eyes are watering and noses are itching across the Capital region, but here’s a hint: it’s probably not the wattle.

According to ANU researchers, the daily pollen counts for three common exotic trees in Canberra for September and October this year show “a significant increase in the abundance of pollen” by comparison with the same time last year. In 2017, only five spring days had extreme tree pollen counts. During this drought year, we’ve had 30 extreme days.

“Most people focus on grass and it’s true that this year the pollens are very low because it’s been a really dry winter and spring,” says the ANU’s Dr Simon Haberle from the Canberra Pollen Monitoring Program, which also worked on developing the Canberra Pollen and AirRater apps.

“But interestingly we had a short period of a few wet days in early spring which seems to have triggered vibrant flower growth in the European trees around Canberra. I’m talking about the birches, pines and the poplars, which throw out huge clouds of fine pollen.”

Dr Haberle says that last year was also very dry but there was little early spring rain, and that’s the biggest difference. A particular set of weather conditions in the short term can substantially influence the pollen season, and therefore we need to develop a much better understanding of how this influences our vulnerability to allergies, asthma and hayfever.

The AirRater app was launched last year and reports on all the pollen types in Canberra. Dr Haberle says it provides users with an opportunity to input their symptoms, and the app will report back on the type of pollen to which you’re responding. That should eventually allow for a much more detailed analysis of what’s setting people off.

“It’s a huge citizen science project, essentially. We’re trying to push this out and engage people in different ways,” he says. “And its why I’m encouraging people to download the app, so we can get the biggest, most detailed picture possible.”

So why do so many people believe the wattle triggers their sneezes? Dr Haberle says wattle blossom, while highly visible, is mostly not the culprit. “It’s a big, showy, heavy pollen that’s designed by Nature to attract birds and insects.

“You might rub it on your skin and get a reaction, but it falls immediately around the tree. It doesn’t form a drifting cloud like the much smaller pollen from European trees. So people see the wattle blooming, but something else is probably making them sneeze.”

Dr Haberle says the ongoing ANU pollen project will include a DNA analysis of pollen trap contents so that a far more detailed picture can develop about which Canberra plants stimulate hay fever.

“That will certainly enable people to get a better understanding of what they are responding to and influence their behaviour so they can avoid areas where they know these trees are, or choose to stay inside when there’s a bad day.”

How is your hayfever this year? Do you know what’s making you sneeze?

Plane trees set me off twice a year , spring and autumn.

I am surprised that the blue spruce isn’t mentioned. It is growing extensively all over the ACT and as far as I know, the pollen from poplars only comes from the white variety.

Renewable energy suppliers who have built their subsidised solar farms near pine forests are going to be busy cleaning the pollen off the solar panels.

The article mentions poplar pollen but that like wattle pollen is too big to inhale. https://www.google.com.au/amp/s/www.cbc.ca/amp/1.269004

No the article is listed for poplar pollen. We have lots of poplar trees in Canberra and I was surprised that the story said this was an allergy cause.
Australian wattle also has large pollen and is mistakenly blamed for allergies (due to coincidental timing of pollen release).

Veronika, here’s the link for the Canberra pollen app measurements, which do show spikes for poplars in the ACT.