Why it’s wrong to compare men’s and women’s sport: The case of the UC Caps 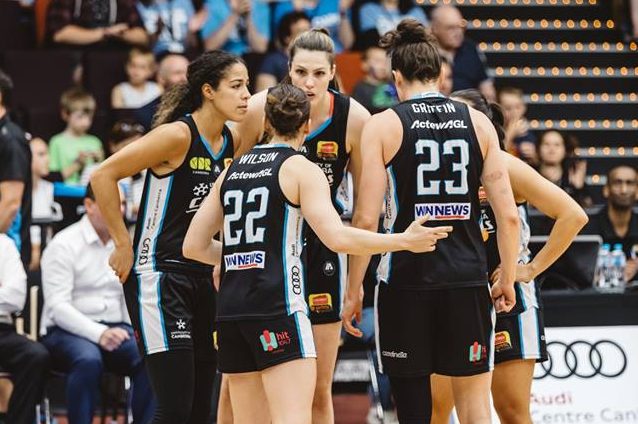 UC Capitals are two games away from winning their eighth championship. Photo: Supplied by UC Capitals.

Why is it, when a female sport’s star or team does well, a comparison is drawn between how that particular star or team would go against male opponents?

Over the past 12 months, there have been numerous attempts by people in the media and through the media to make bold claims about how sportswomen would fare against men.

The reality is that women’s sport is largely, although not always, a different product to the men’s.

I will make this observation; the women’s game is less defined by brute force and physical dominance but more based on skill.

As an aside, I know I am dipping into just a small part of much larger debates about gender and also the influence of sport historically, as established by and for men. I am not belittling these debates and there are obvious linkages, but there are others who do more justice to these more complex discussions. So bear with me and hopefully contribute with a comment.

I would argue that we enjoy sport for a range of reasons.

Throughout history, we can see that sports achievements are defined by a number of different parameters. I would argue that it is these parameters that determine why we enjoy all different forms of sport and why a comparison is the wrong approach. For example, consider historically, stand out performances that show courage, skills, tactics, power, endurance, teamwork, and good ethical behaviour. These achievements are not defined by whether the sportsperson is male or female.

And I have seen courage, skills, tactics, power, endurance, teamwork and good ethical behaviour when watching the UC Caps. This is why it is so enjoyable.

This WNBL season I have secured a greater understanding of the mindset of our leading sportswomen through my role of assisting the UC Capitals with their media commitments.

UC Caps team members train as hard as any male sporting team that I have ever seen, often fitting their training around work, children and study. When they are at training they work hard because time is precious and it wouldn’t make sense to waste time training half-heartedly. Kelsey Griffin, for instance, is one of the hardest trainers I have seen in professional sport. She will work and work until she is satisfied the task has been completed.

They don’t have the luxury of being able to train full-time with the league, yet they have achieved at the level of full-time athletes. I have often wondered whether the skill level would rise markedly if they did have the opportunity to apply themselves full-time or would it simply mean the players wouldn’t have to juggle work and training?

I am now at the point where I would prefer to watch the WNBL than the NBL. I simply enjoy the games and the style of play more than I do the men.

The fact that the team I have supported for the past 30 years is in the grand final obviously adds to the attraction.

4 Responses to Why it’s wrong to compare men’s and women’s sport: The case of the UC Caps
Filter
Showing only Website comments

Do universities get any value from sponsoring professional sports people?

Having men’s and women’s sport is increasingly ridiculous, especially in our modern world of non-binary genders.

There should just be sport, with both women and men competing in the same tournaments.

This would resolve the whole issue of which competition someone of “complex” gender can compete in. It would also remove the problem of women not getting paid the same as men because they would be competing against each other for the same prize.

So make 2019 the year of calling for an end to segregation in sport. Women and men are equal, so let them compete together.

I see a few problems here Tim. The first one is it was Liesel Jones who made the original suggestion that Serena Williams would beat Novak. Liesel is a woman, outside of tennis, saying a woman would beat a man. Serena’s dominance of the women’s game is unquestionable – and she receives equal prize money as the men. It was arguably harder for Serena to reach the pinnacle of her sport – but she has been a fulltime professional for many, many years. And still, there’s no way she could consistently match the power and pace of Novak, which is why Liesel’s comment is still being raised and ridiculed.

I also believe golf is the latest solo sport to make the women’s prizemoney equal to the men’s. The money in major sports is evening out – and I think it’s great to see the soccer, netball, cricket and AFLW all doing so well domestically.

I think arguing whether a women’s sport is “better” than men’s version is like arguing whether ice hockey is better than rugby. I could give you an answer but it’s a pointless debate. And I don’t think this argument really changes when it’s said women would be “just as good as the men if they had the same time to train”. As I said, it’s great to see women’s sport becoming increasingly elite. But there’s still no debate to be had, unless there are plans to merge all sports into the one competition for both men and women.

They are the same sport, it’s more like asking whether fourth grade is better than first grade.

People can prefer and watch whatever sport they want, but in almost every single sport, the elite men would defeat the elite women and by quite significant margins. It’s simple biology.

Some people value watching the best, other people like watching reserve grade.

Each to their own, but the only problem comes when people say these two areas should be treated “equally”, when they already are.