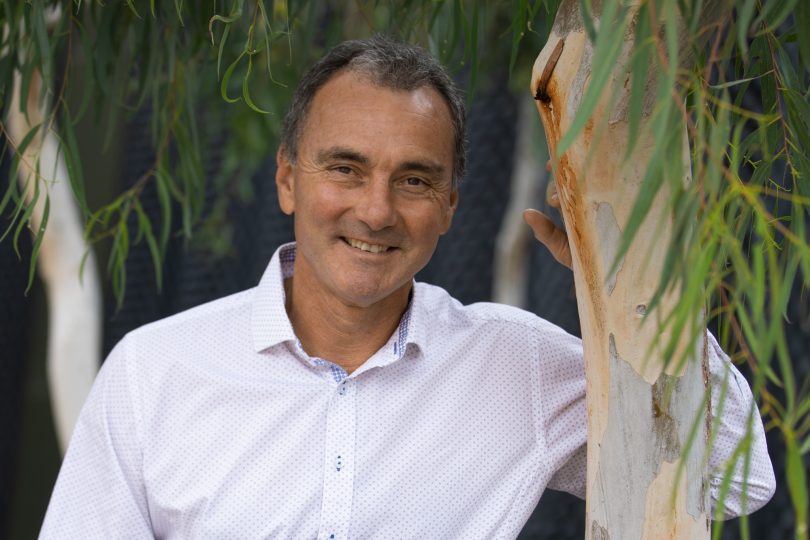 You might think Yass and Galong village would be inconsequential to the person overseeing a national mission to present Australia’s history and culture to the world, but the two regional towns fit neatly into Dr Mathew Trinca’s agenda of exploring and connecting Australians to their history and heritage.

Re-appointed in February as the National Museum of Australia’s director for another five years, Dr Trinca looks forward to heading into rural towns to converse with local people. He happily obliges when Yass historians invite him to present their interesting past, and he returned recently from Pickering Brook in the Perth Hills where a cousin asked him to launch a local history book.

Dr Trinca says in telling the nation’s story, the museum’s responsibilities don’t end in the major capital cities, they include small communities too, which are significant and important for all Australia when thinking about national meaning.

“I live in the Yass district these days, so I feel a personal responsibility to have some engagement at the local level as well there,” Dr Trinca said.

The last time he was at Galong, he spoke about authors who created Australians’ popular attachment to the Brindabella Mountains, such as Elyne Mitchell and Banjo Paterson.

“Banjo’s work was peppered with references to the northern end of the Brindabellas,” he said.

“The property he had for a time, Coodravale, is not that far from where I live on the back road to Wee Jasper. It heightens your feeling for a place when you have a personal connection to it.”

Understanding Australians’ history by trying to understand the layered history of places is a big part of Dr Trinca’s own scholarly and personal interest. While writers had connected modern Australia to the Brindabellas, he also touches on our relative amnesia about the mountains being a human landscape long before white fellas were ever in this country.

“The Aboriginal history of place and the story of the making of contemporary Australia, I’m really greatly taken with the idea of trying to create a productive dialogue between those different traditions of places in ways that extend us and enlarge us as human beings living in Australia,” he said.

The National Museum director meets people who understand where they fit in time and place and the bigger picture of Australia. But others he meets almost sound surprised when he suggests their story is important in telling the wider story of Australians.

“I suppose as director of this institution I feel a great sense of obligation to people to help them realise they belong to something beyond themselves, beyond their families, and even beyond their local communities to this more abstract notion of nation and nationhood,” he said.

Beginning his tenure at the museum as a curator in 2003, and subsequently appointed as director, Dr Trinca these days chairs international groups as well but still finds the time to go to small towns, speaking to audiences which he says refreshes his perspective of people.

“I feel when I do these things I learn as much as going anywhere else in this country or abroad and frequently the experiences of people in regional and rural Australia are pretty grounded. It is really good to be reminded of that sense of connection and grounded in place in my job at least.”

“I enjoy that. I like to think I am reasonably straight-forward and I suppose I particularly enjoy people who are prepared to be direct with you and I find that a lot when you are in smaller communities thinking about things,” he said.

He finds great sustenance in his own work from talking in smaller communities as well as a wider field for discussion that might commonly be part of his working week. “I get a lot from people in other parts of the country talking about what it means to live in Australia,” he said.

The National Museum of Australia is located at Lawson Crescent, Acton Peninsula, Canberra. The NMA is open daily from 9:00 am to 5:00 pm (closed Christmas Day).

General admission is free but costs apply for some special exhibitions and events.

dulynoted - 28 minutes ago
those statistics might be outdated; renewables are getting cheaper and more energy efficient every year as technology improve... View
Capital Retro - 2 hours ago
In which way isn't nuclear power profitable? It depends on which experts you are talking too: https://www.ceda.com.au/NewsAnd... View
nobody - 3 hours ago
According to the IEA there are over 450 nuclear power reactors in over 30 countries (2018). Many of these countries don’t w... View
Food & Wine 1