Why these chickens crossed the road for fresh start in Goulburn

2 May 2017 | John Thistleton
Start the conversation 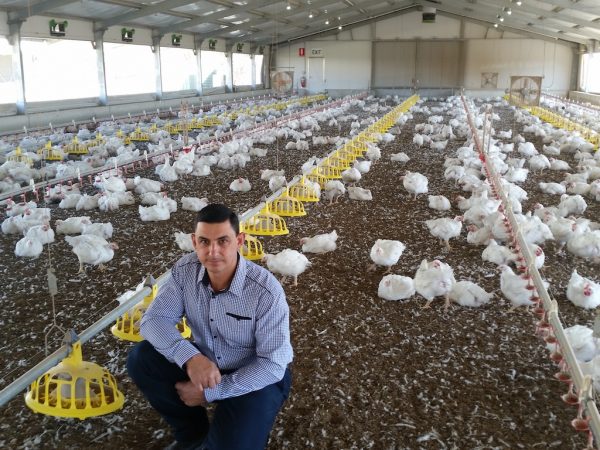 This man says Goulburn can host the chicken meat producers and processors being forced from Sydney’s outer west.

The Goulburn district has been in the industry’s sights for years because of Sydney’s urban sprawl. But extreme summer and winter temperatures and hostility from neighbours objecting to odour and trucks have deterred investment.

Eddie Wehbe, a former Sydney builder who first came to Goulburn as a hobby farmer, has invested $6.5 million in six large climate-controlled sheds for growing out broiler chickens at Parkesbourne south of Goulburn. He is now planning a processing plant on the city’s outskirts which will employ hundreds of people over the longer term.

“We are looking to grow the industry here. We like Goulburn because it is not flooded with poultry. We don’t want Goulburn to look like Sydney in 20 years, we don’t want a poultry farm on every corner, that is what happened in Sydney,’’ Mr Wehbe said.

“There is a lot more control than there was when they went to the Sydney’s western basin,” Cr Kirk said. “They were next to one another. The spread of avian diseases was common. Down here the council has stipulated one farm cannot be within five kilometres of another one.’’

Mr Wehbe says rather than transporting chickens to Sydney, processing can be done in Goulburn. Chickens are the most consumed meat in Australia. The Department pf Agriculture says NSW is the biggest producer of chicken meat, which has a retail value of $2.4 billion in this state.

Mr Wehbe grows chickens for Red Lea, one of three processors in the Sydney basin. He will spend the next two years planning his own processing plant. He says affordability of land will encourage new families to relocate and work in the chicken meat industry.

“Everyone is concerned about how to make Goulburn sustainable for the future, so that our kids can grow up here, go to school, go to university and come back here and work rather than move away,’’ Mr Wehbe says.

He says technology is changing the industry. “Our odour levels are probably the best you will ever find, but we still emit some odour, it is intensive agriculture. It is wet manure that makes the smell, we can’t stop the birds from dropping.’’

He is raising chickens in state-of-the-art sheds which he designed and built at Parkesbourne. New roads, water and power services support the climate-controlled operation which takes 45-gram, day-old chicks and raises them in a constant 32-degree temperature, an optimum environment for the birds to thrive.

“I love the low humidity of the country,” Mr Wehbe says. “Goulburn is well known for wind, but the wind is great for us. We are positioned on a ridge out on the valley and you could be in town and hardly feel a breeze, come out to our place and it could be blowing 50 kilometres an hour because it just tunnels up the valley.’’

His curtain-sided sheds are designed to take advantage of the wind.

Following research into Europe’s poultry industry for heating and ventilation, he uses LPG gas heaters to maintain the 32-degree environment in winter.

“We are the first ones in Australia to implement heat exchanges on to our sheds. Coming to Goulburn, we had never been in poultry – we grew our first batch of chickens in the heart of winter. It was freezing cold, lots of fog, rain, really difficult conditions.”

Heated air is recycled and dehumidified which dries out chickens’ droppings and creates a better environment inside the shed, and a better one outside.

He employs five full-time staff and plans to expand in stages to a 16-shed operation. In years to come he expects 100 jobs to be created, then 300 jobs to get processing underway.

Captions: top, Eddie Wehbe in one of his state-of-the-art chicken sheds. Photo: supplied. 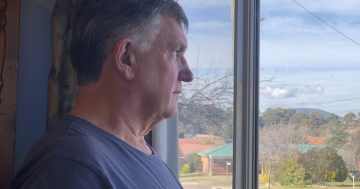