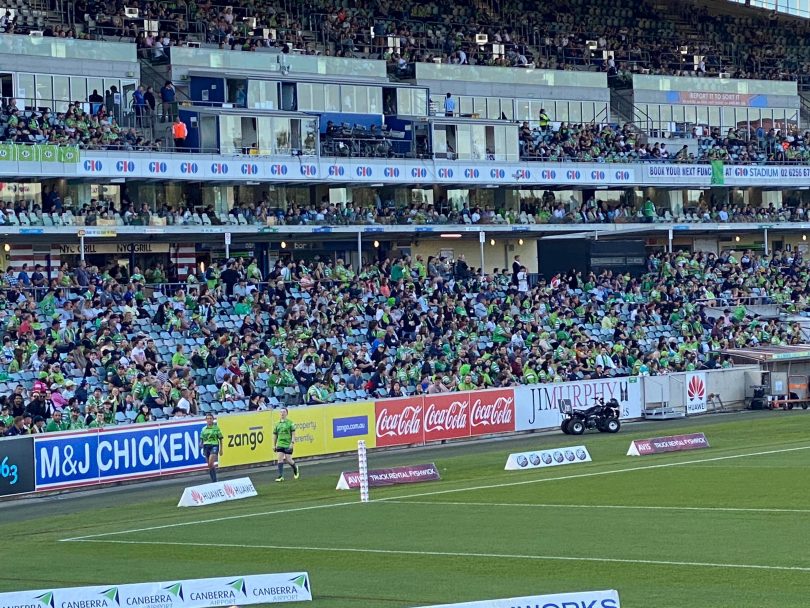 More than 10,000 people watched the Raiders defeat the Titans last Friday, providing revenue for the club and employment for myriad staff at the ground. Photos: Michelle Kroll, Region Media.

The financial hit of coronavirus could send some sporting organisations to the wall if we don’t work together.

As one of many thousands with an emotional investment in Canberra sport, I am worried about the impact the coronavirus outbreak will have on many organisations.

Obviously the health implications of the virus are paramount. Beyond that, everything is secondary, but it has the potential to dramatically alter Canberra’s sporting landscape and all those who derive a living out of the industry.

At first glance, there are the people who work at Canberra Stadium, security personnel, caterers, ticket sellers, bar staff, and the list goes on.

Just on Canberra Stadium and Manuka Oval, what is the status of agreements between the ACT Government, the Raiders, the Brumbies and GWS if clubs are forced to continue paying the hiring costs even though they aren’t receiving revenue?

With the Super Rugby season suspended indefinitely, the question has to be asked about the resources available to keep teams afloat. The NRL at least has some ability to prop up clubs financially but that isn’t the case with Rugby Australia.

The National Capital Rally is a major event for motorsport in Canberra. It has been postponed but if it doesn’t go ahead this year, it will have a huge impact on the sport’s bottom line.

Then there are community sports. They still need to maintain facilities even though most competitions are cancelled. Registration fee and hiring of venues provide the income required for the upkeep and administration. Without this income, some grassroots sports will be in serious trouble.

Clubs rely on fundraising through canteens and other activities on game day to cover associated costs. Where does this leave clubs if that fundraising resource is put on hold?

Already sporting bodies like ACT Basketball and ACT Rugby have suspended their competitions. The suspension is fully understandable as health comes first, but how these and other sporting clubs remain viable needs serious consideration.

Do people who have bought membership packages for the Raiders and the Brumbies, for instance, view the payment they have made for the season as a donation to ensure the club’s survival? Do players need to take pay cuts?

There is much we can do as a community to keep our sporting teams afloat. It may require sacrifices. It could also mean paying higher registration fees once competitions are up and running, or the ACT Government might consider reducing the cost of ground hire.

It will be tough for clubs, the ACT Government and people who enjoy either watching or participating in sport, but there is plenty we can do to ensure sport remains a part of Canberra’s culture once we get through the current coronavirus crisis. 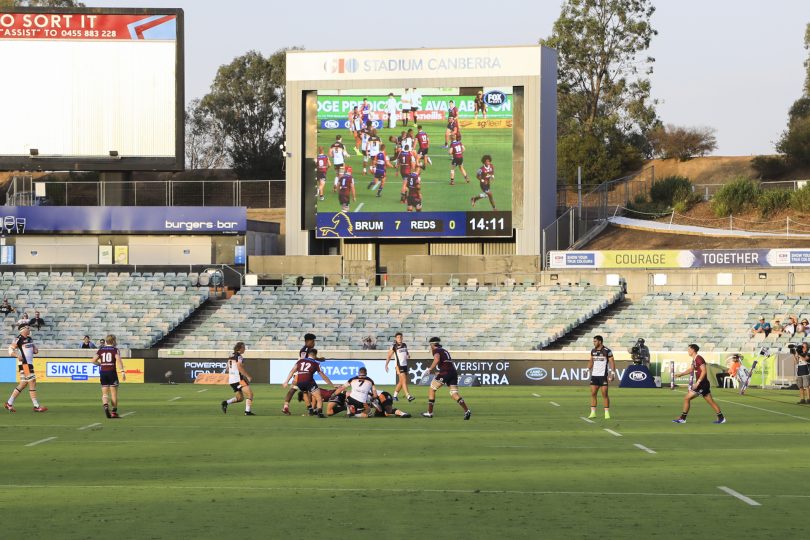 Will teams like the Brumbies and the Raiders continue paying the hiring costs for stadiums they can’t play in even though they aren’t receiving revenue?

A bit more realistic and sensitive than John Coates, who looks about ready to kit up with Duplantis, to fill out the pole vault field.