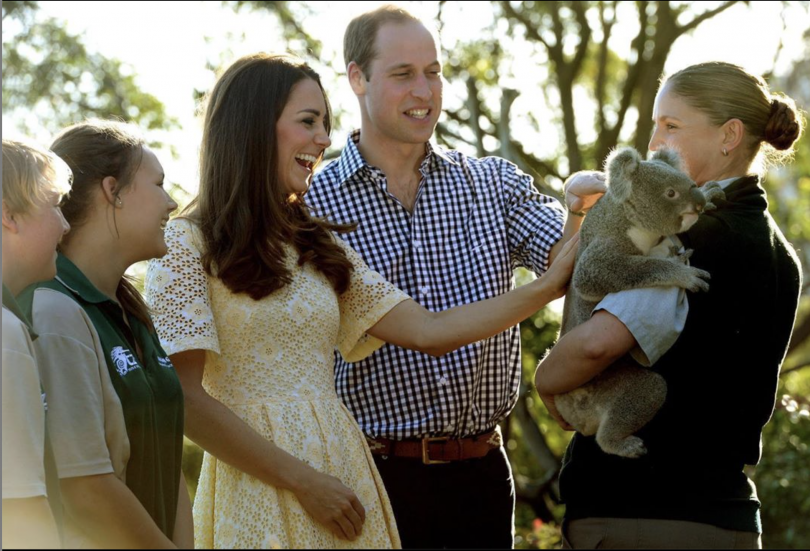 The Duke and Duchess of Cambridge are set to tour Australia’s bushfire-affected regions. Photo: Instagram (@kensingtonroyal).

With news breaking that Prince William and Kate are set to tour parts of Australia devastated by bushfires, Bega Valley Shire (BVS) Mayor Kristy McBain says she would welcome any visit by the royals.

While no dates or locations have been announced, Mayor McBain told Region Media that every single person in the BVS is still reeling from the disasters, so any attention from the royal couple would be greatly appreciated.

“If a visit is forthcoming then we would welcome it anywhere in the Shire because there is not one single person who is not impacted by this disaster,” she said.

“We have several towns and villages that have been impacted by the bushfires. They could literally spend a whole day travelling the BVS and still would not see every bushfire-affected area.

“I will definitely be making sure that everyone is aware that the Bega Valley has been significantly impacted and any further attention that could be brought to bear on this disaster would be appreciated.”

Federal Tourism Minister Simon Birmingham says that the Duke and Duchess have been very open in their sympathies for Australia and have been very keen to visit where possible, with the Prime Minister set to write to the couple in the “coming days” about an official tour.

“A lot of thought has to go into [locations and dates] to make sure they spend time with those who are affected by the bushfires, but we also want to make sure that we project the best possible images of Australia back to the world,” Mr Birmingham told Sunrise this morning.

“The Duke and Duchess on pristine beaches, in recovering bushland, with great wildlife, demonstrating that Australia is a great place to visit [is a message] we have to get out again.”

Mr Birmingham pointed to 2018 data indicating that there was a 120 per cent boost in visitors to the Tourism Australia website during the visit of Prince Harry and his wife Meghan, resulting in a 30 per cent increase in bookings.

“There are real economic benefits,” he said.

The interest and coverage of the royal couple is something that could put the beautiful attractions of the BVS on the global map, Mayor McBain said.

“A royal visit would bring with it strong media attention, and that is not only national but worldwide attention,” she said.

“We would welcome a royal visit to any part of the BVS to highlight the struggles not only from the bushfires but also from the recent rains that have created significant problems following the bushfires as well.”

Last month, the Duke and Duchess sent a message of sympathy and condolences to the Australian people who were affected by the devastating fires.

“We continue to be shocked and deeply saddened to hear about the fires that are destroying homes, livelihoods, and wildlife across much of Australia,” they said in a statement.

“We send our deepest con­dolences to the families and friends of those who have tragic­ally lost their lives and the brave ­firefighters who continue to risk their own lives to save the lives of others.”

While Mayor McBain says that there are many beautiful places to visit along the South Coast, she insisted that her own home would not be on the royal itinerary.

“I am not really sure that my house would be up to the royal standard required but I would be more than happy to take them down to one of our local establishments and have a chat with them over a nice meal and a drink.”

Tina Newsome - 24 minutes ago
Did not even get a sniff in with this scheme and neither did anyone that I know. I'm rather dubious about that '30,000' figur... View
Alex Nicolson - 4 hours ago
Albert Blair It did show the gubmint was trying to do something but I agree it seemed pretty ineffective. View
Community 7

Ashley Keaveney - 30 minutes ago
How about fix and maintain them. Dry land oval is a complete cop-out...... View
Elspeth Shannon Rollason - 1 hour ago
The Florey oval which is in this picture needs to be an oval for the primary school. It needs to be fixed up so the kids can... View
Krishna Rao - 2 hours ago
Samuel Gordon-Stewart they aren't green though. Just a bit of grass in some seasons. If you want green spaces you need microf... View
Motoring 4

assiduous - 45 minutes ago
The ACT government is culpable for this situation. If the developers couldn't get $200k more for these properties they would... View
Codi Barry - 49 minutes ago
Yep we are building a brick garage and the price has gone up alot timber and steel have all had huge price increases View
Property 26

Tim Evans - 5 hours ago
They were useless. View
Community 1

@the_riotact @The_RiotACT
After a momentary reprieve for locals and the publican, 'Choppy' Connor, the #Gundaroo pub has closed again. But for how long? https://t.co/bv6Vm9Bb1a (34 minutes ago)

@the_riotact @The_RiotACT
Eden Road is the only #Canberra region #winemaker to make this year's James Halliday Top 100 list. Here's how they did it https://t.co/IlhsfvnPQh (2 hours ago)