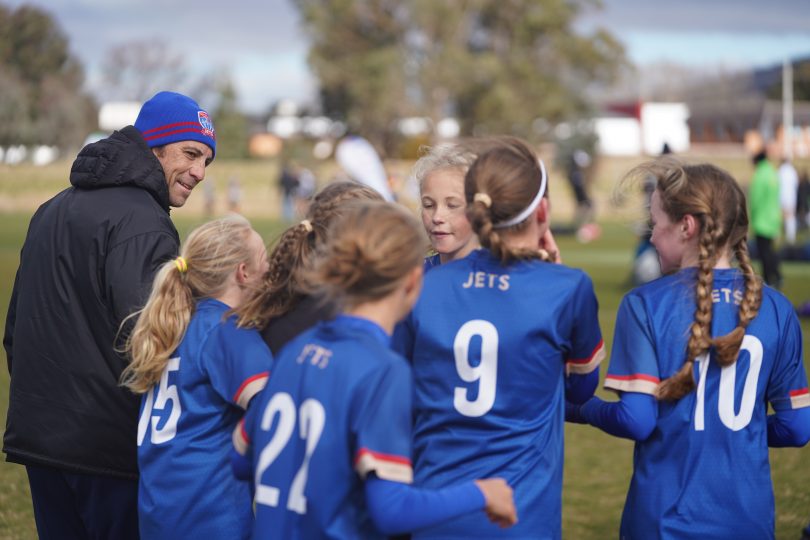 The Newcastle Jets was one of the 28 winners on grand final day. Photos: Dave Jordan.

With 28 grand finals taking centre stage at Southwell Park, half the teams that left the Kanga Cup achieved the highest reward, while the others fell just short.

Strong winds were a force to be reckoned with as cloudy skies hovered over the Lyneham-based playing fields, but that did not stop teams playing to their highest potential all day long.

The Under 16’s Male Cup final proved to be a tight affair as local club Belconnen United took on the University of Wollongong football club. In the end, the visitors edged proceedings out 1-0 and captain Filip Karanfiloski was proud that he could capture tournament gold at his second attempt.

Filip also described the emotions of winning the Kanga Cup and to do it as captain of the side meant it was even more special.

“It’s unbelievable,” he said. “I got given captain through our coach, but the coach was not here, so we did it for him as well, it was an unbelievable experience.” 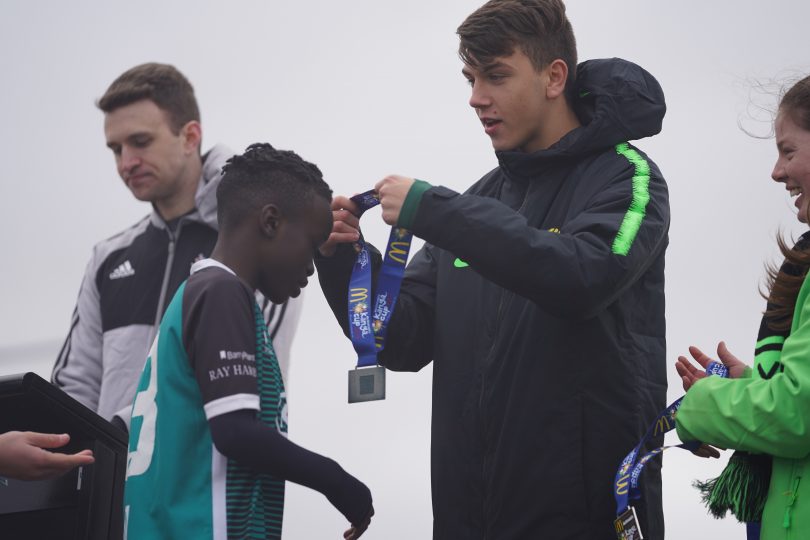 Sydney University player Adam Pascale enjoyed the Kanga Cup experience despite coming out on the wrong end of the result.

“It was really good, I really enjoyed it,” Adam said. “It was a great competition, we only had six teams in our pool, but we did really well, we grew as a team and it was a really fun tournament.”

Though his side came up short in the grand final, he said that he was happy for his team and that they grew as the competition went on.

“I’m really proud,” he said. “From our first game, we have definitely improved and now we are at a great level.

“We had a great performance, it was just at the end where a few mistakes led to goals, but I am really proud of them.”

Spending a great whole week in Canberra has confirmed to Adam that he would like to return to the tournament again in the future.

“I made so many good mates and I have gotten close with the whole team, so it’s been really good and I definitely want to do it again. 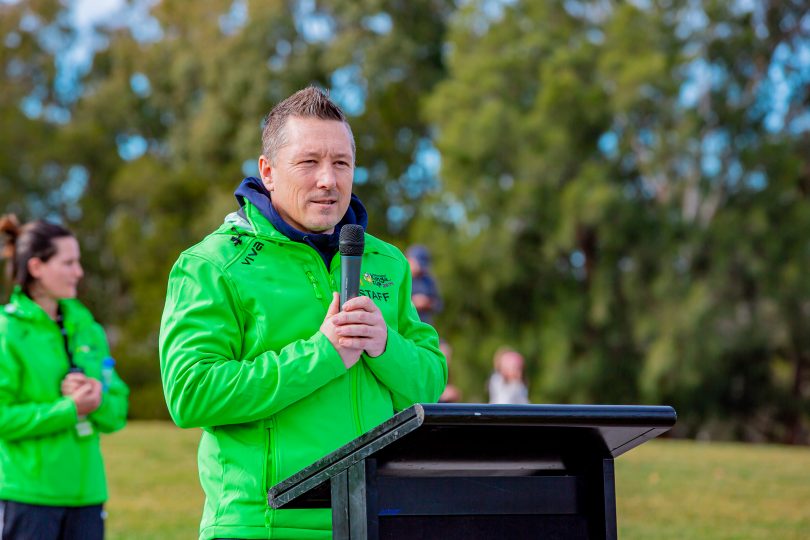 Capital Football CEO Phil Brown said it was great to see so many teams outside of Canberra that come and compete in the tournament.

“You normally play against the same kids week in and week out, so it adds a bit of extra enjoyment and excitement when you get to play against your peers,” Brown said.

“You get to test yourself too. You might be in a team where you perform well locally year after year, but then testing yourself against kids your own age from interstate and overseas to see where you are at.”

Brown has also loved that the tournament has had another successful year in the books and that the kids have been enjoying themselves.

“It has also been wonderful to see volunteers from clubs helping out and supporting a local community, it’s what connects people in Canberra.” 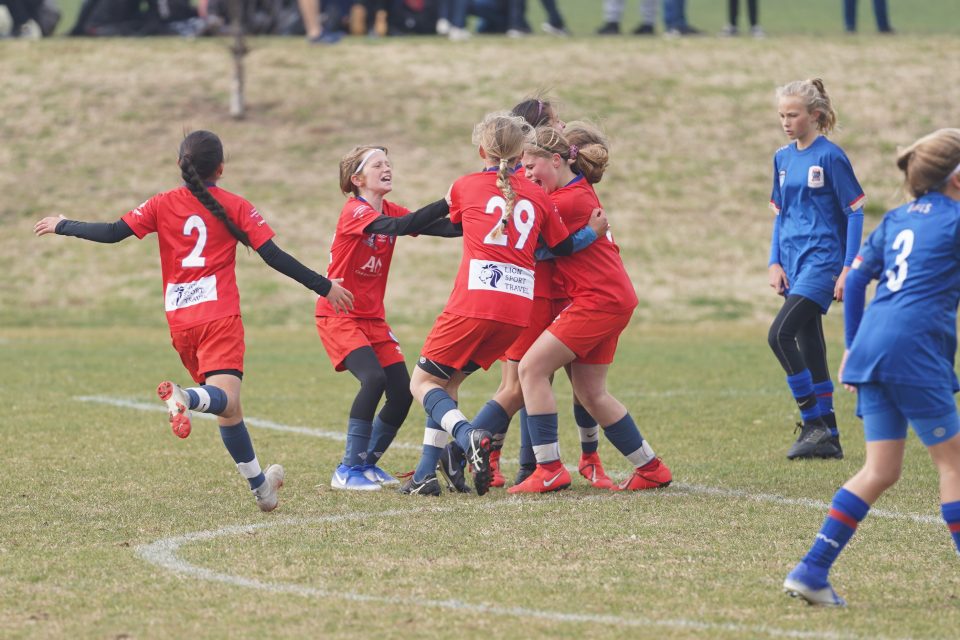 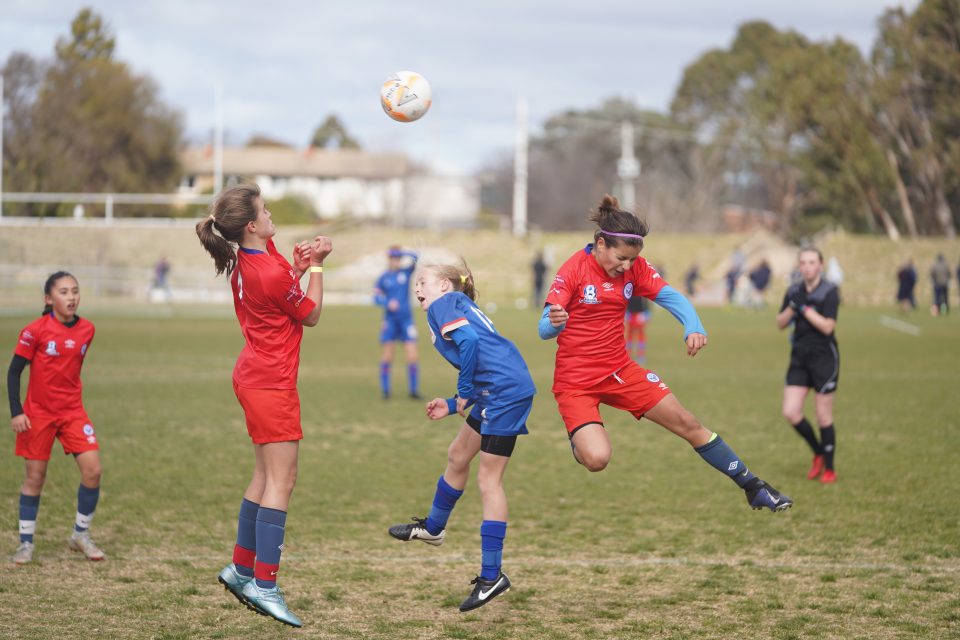 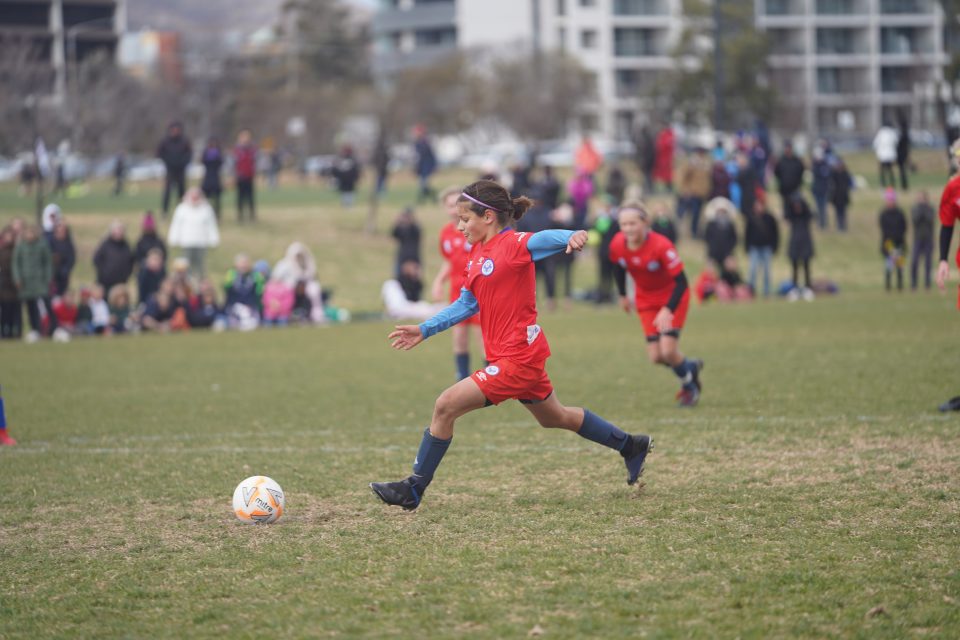 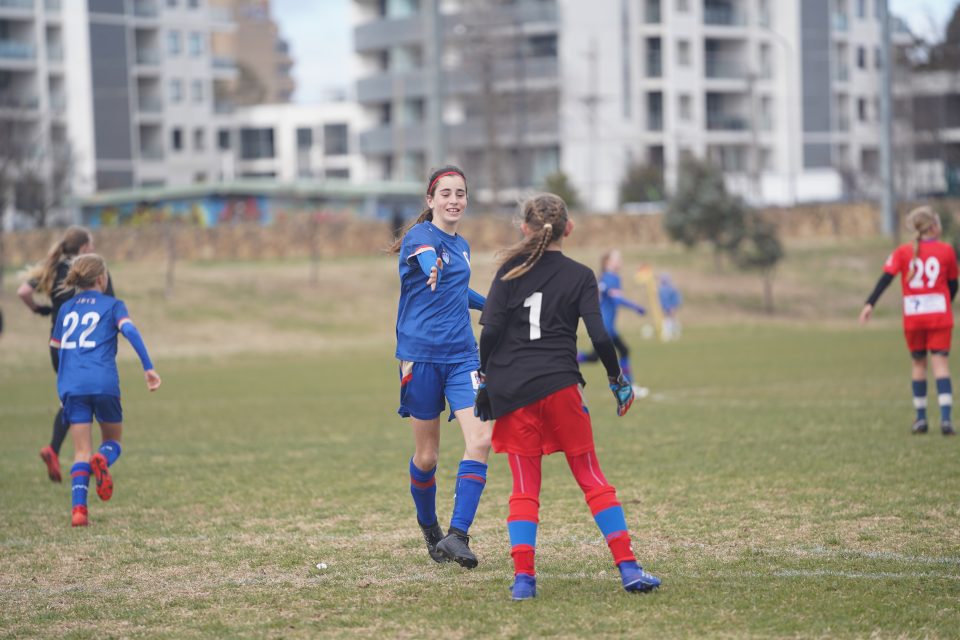 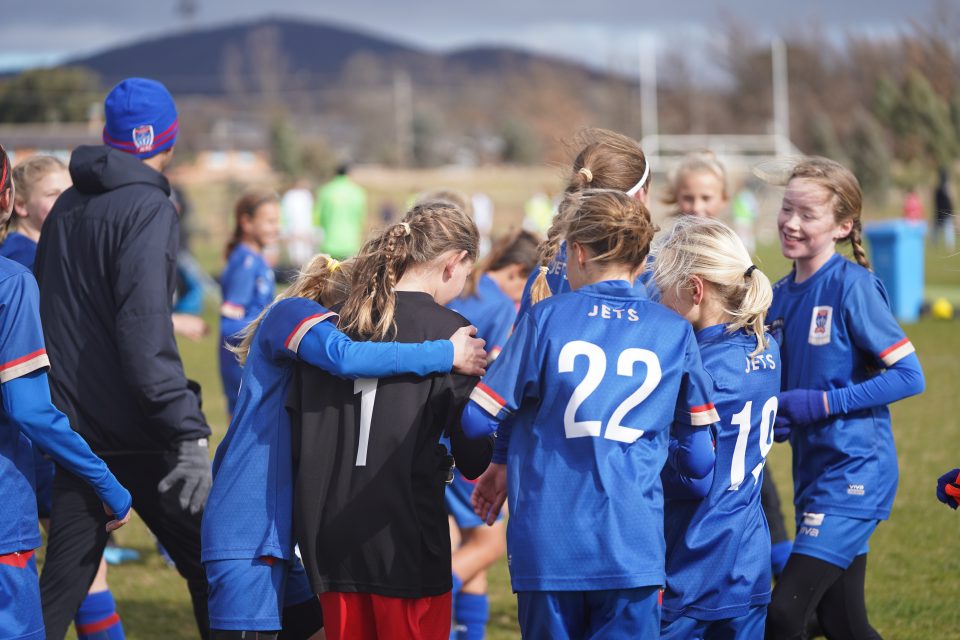 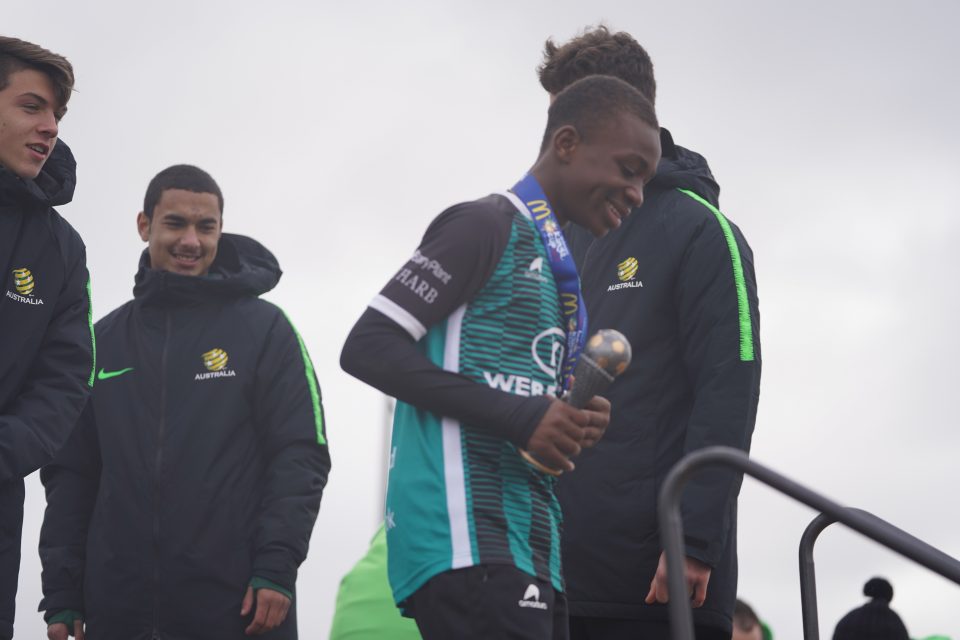 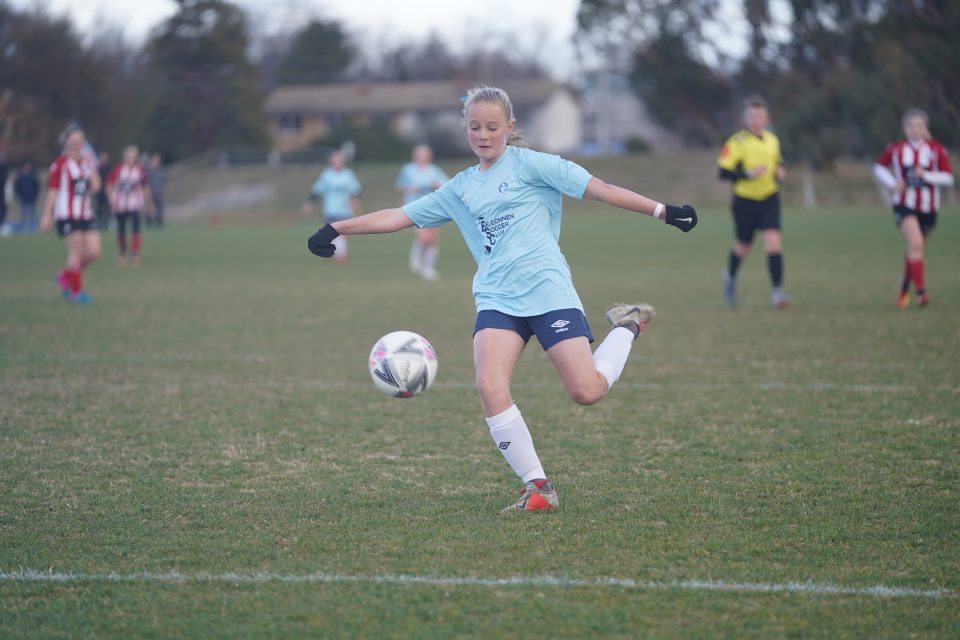 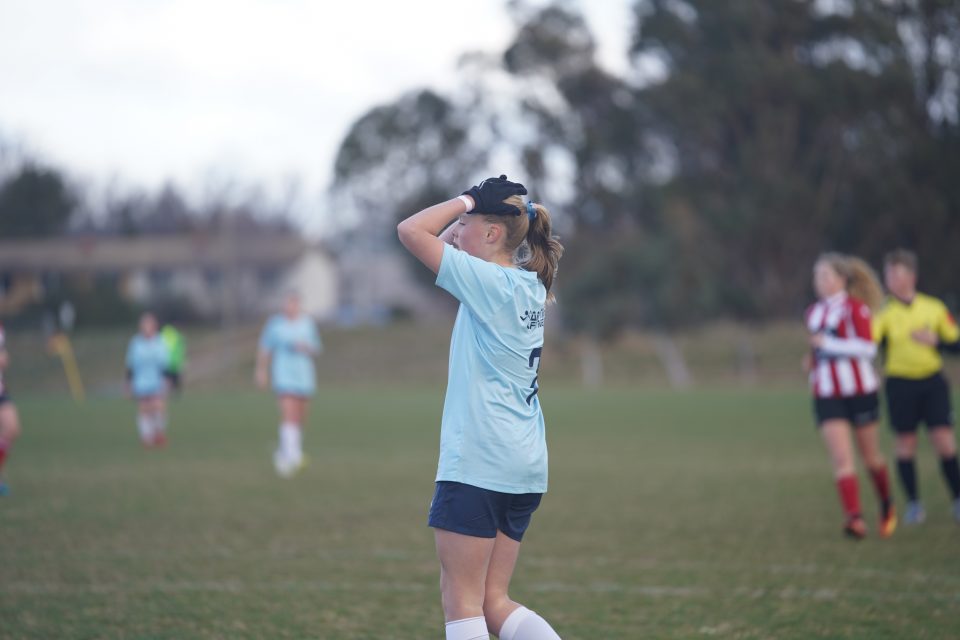 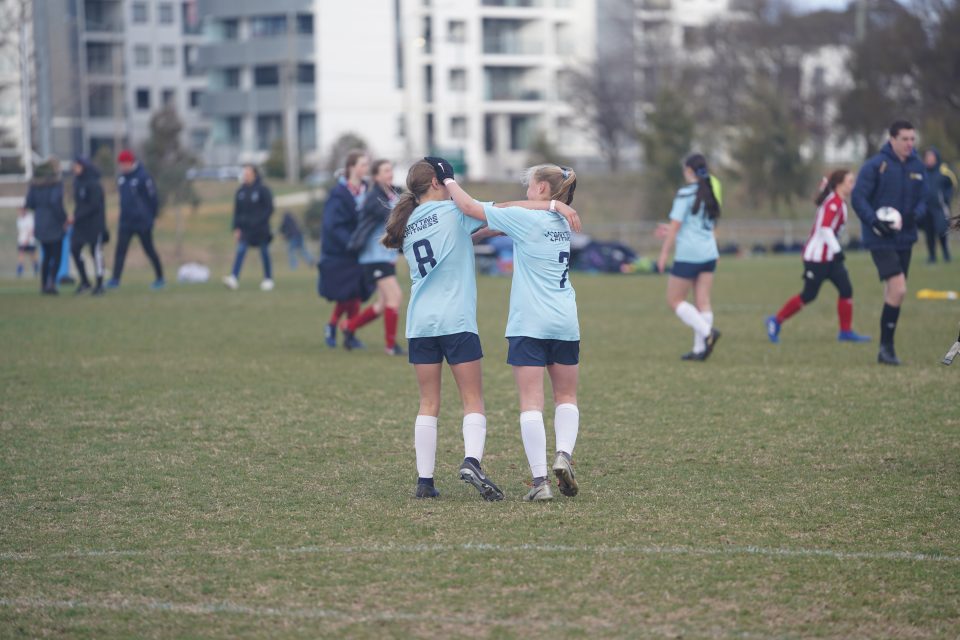 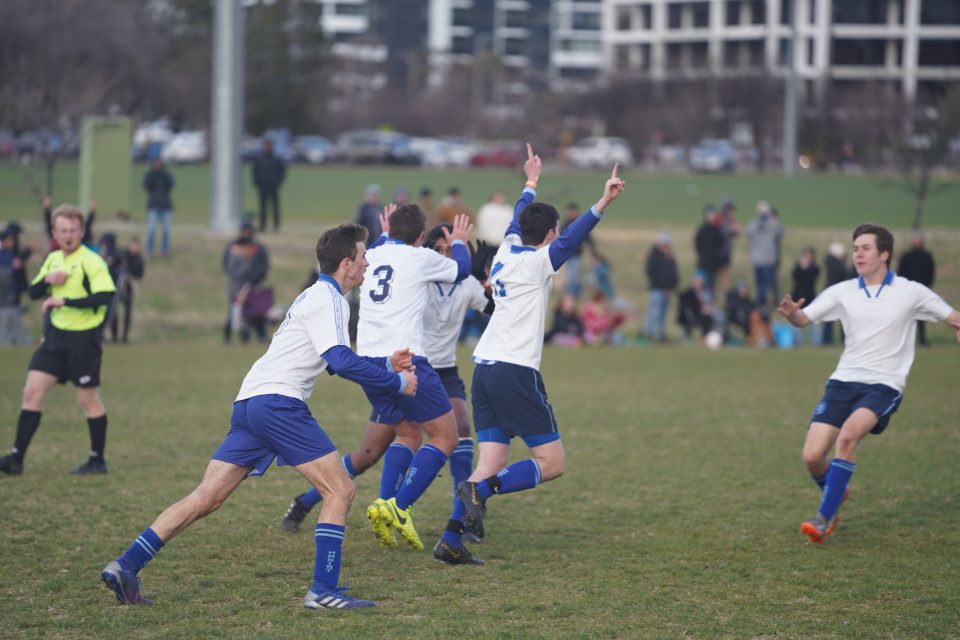 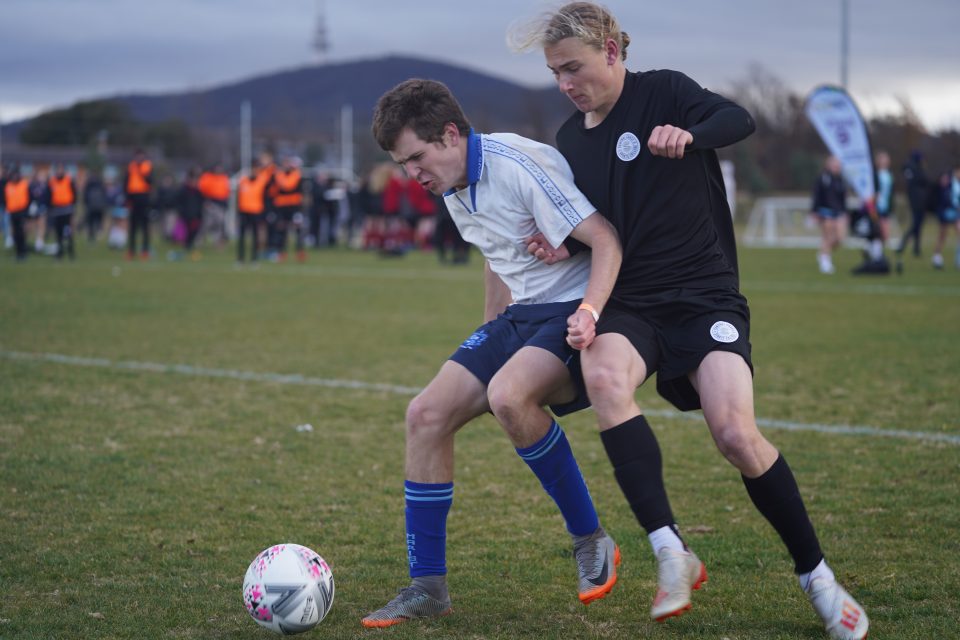 Pat Gagel - 53 minutes ago
Maybe not. I have regularly used the service since 1992. Love it. Still the most sophisticated form of travel. Much better th... View
Marco Spaccavento - 1 hour ago
Pat Gagel I’m not a user. 3 a day also hardly justifies a new station… View
Pat Gagel - 1 hour ago
David Malcolm they aren’t a problem. Believe it or not, biggest issue is a grade crossing on a bend between Bungendore and... View
Property 22

Anthony Willing - 1 hour ago
Paul Mills the same as every old / wheelchair person in every multi-storey in every city in the world.The fire brigade have s... View
Anthony Briscoe - 2 hours ago
Canberra more and more of this type of development will happen under the Barr Government. Just wait till the tram goes to Wod... View
Paul Mills - 2 hours ago
Becoming a common Canberra vista. View
Opinion 36

Brian Kilgannon - 2 hours ago
Frances I think you answered the question. No one uses it so why build it when we have more pressing issues at the moment. It... View
Oan Nbn - 2 hours ago
Leon Arundell but I guess Canberra to Yass need to connected from Kingston without passing CBD and making Light Rail stop as... View
Leon Arundell - 2 hours ago
Justin Watson Examples, please. View
News 5

chewy14 - 2 hours ago
JC, There's 4 comments, who's this mythical blue glasses brigade whatever that's supposed to mean? And I can't see where anyo... View
JC - 3 hours ago
I can see the comments from chewy and the blue glasses brigade. Andrew Barr, Labor/Greens don’t care for business, taking t... View
News 127

assiduous - 2 hours ago
All voters should look closely at the actions of Federal Liberals prior to and post the royal commission into banking and fin... View
Community 20

Chief Minister Andrew Barr said he accepted that having no deaths may not be possible as the Territory begins to ease...
News 127

It looks like next year's federal election will be even more about keeping Australia safe. The Morrison Government will seek...
Best of Canberra 56

@The_RiotACT @The_RiotACT
The challenge is on - teams from F45 in #Queanbeyan and #Ngunnawal are out to win bragging rights in a burpee competition to raise money for the @DVCSACT https://t.co/OQqAuSxZAh (21 minutes ago)