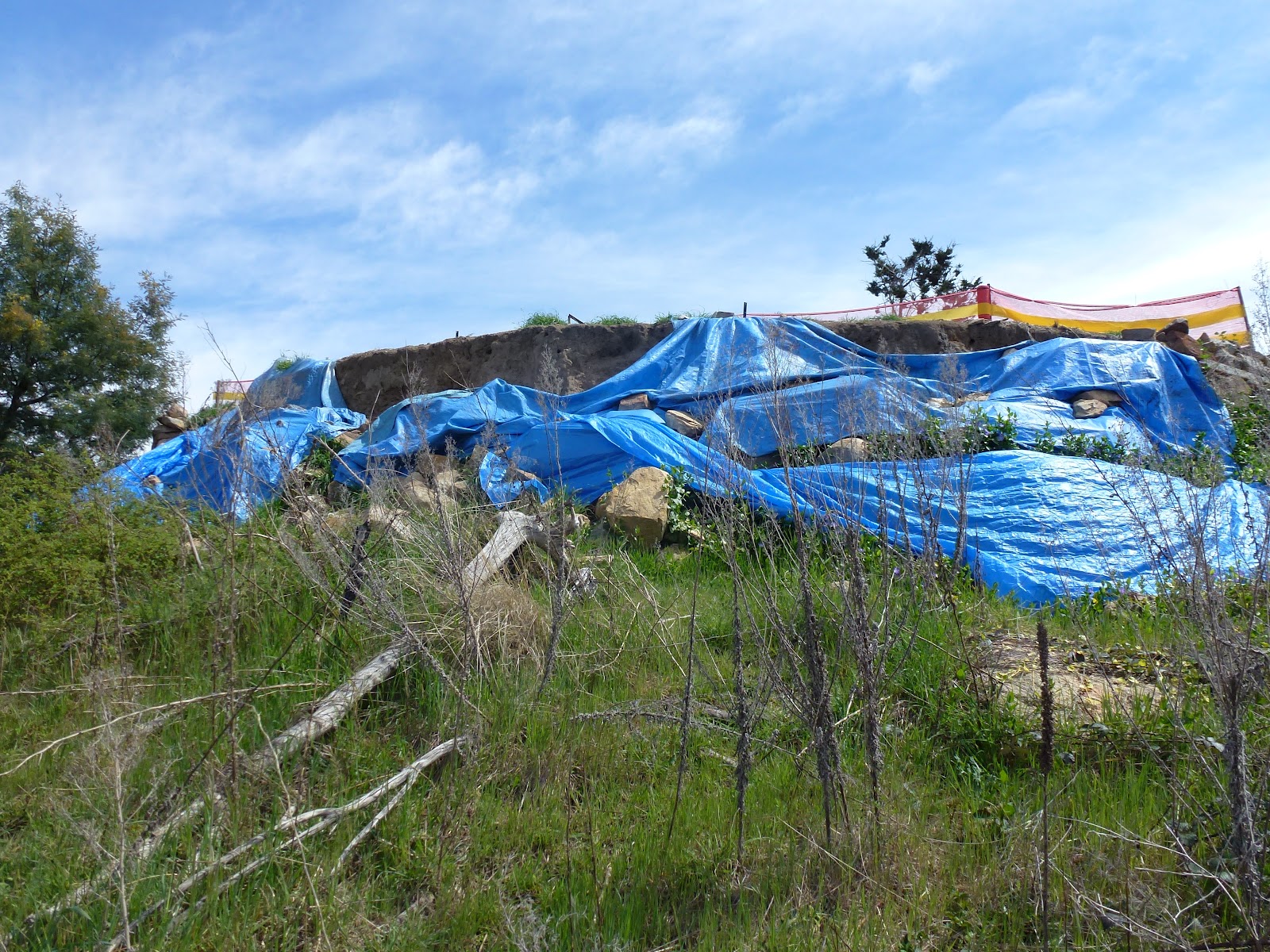 In November 2010 a combination of wombats undermining the foundations and an extreme weather event saw the collapse of a section of wall of the Unique De salis cemetery at Cuppacumbalong. Once reported this led to an 18 month delay including an extensive 12 month heritage assessment before repairs could begin. During this lengthy process the wall’s, unsupported, edges were still decaying. Slowly peeling off like an onion skin. In March this year after an article was published in the CT, and when asked by ABC 666 radio, the ACT Government set a repair start date of May.

When May came I was asked to a meeting at the cemetery by 4 TAMS employees where I was assured plans were complete, contractors engaged and work soon to begin. This seems now not to have been the case. It is now October and another 3 metres of wall has peeled off since June… My requests receive the monotonous reply of ‘soon’. The only way I can demonstrate to RA readers what is happening is with a short video I captured in November 2010 at the time of the event…

I’m pretty sure the initial damage, compared to now, would have been easier and less costly to repair. Any stone masons out there? Its a dry stone wall. I know RA is not notorious for supporting heritage issues and some might say leave it to fall down but surely a uniquely built 19th century cemetery in our backyard would be a nice thing to retain in as original condition as possible. This is an example of the last 4 months & 3 m of ‘peeling’. The orange mesh was my last reference point of collapse. 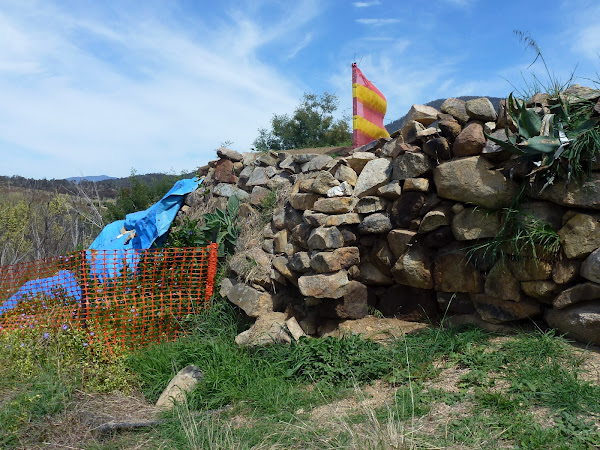 There has been no other comment or updates as to the projects progress by TAMS and my recent correspondence with the ‘project’ manager can only squeeze out a never ending ‘soon’. Soon seems to be by my layman’s reckoning to be measured at a ‘fall of wall rate’ of up to approx 1 metre per month. Of course I am now seen as a crank by the powers that be. I don’t think I am being unreasonable with a request for a start date.

For those who don’t know where the cemetery is start at the Tharwa Bridge BBQ area. Walk up river 400 m on the 100 year old, elm lined walking trail to the Cuppacumbalong Homestead then a further 400 m to the cemetery. (Junction of the Murrumbidgee and Gudgenby)

Oops “Hoads”? But probably appropriate as the herds were mustered to show proper respect.

Few people will remember that the Queen and Prince stayed at Cuppacumbalong during the first royal tour. Probably as some respite from having to ride in the back of a landrover and graciously wave at hoads of screaming kiddies. It is not recorded if they visited the cemetery.

Sorry this is the video link that was to go before the first picture. I think it is the only footage of the extent of the original collapse in November 2010. I don’t know what happened when I posted… First time.

jorie1 - 2 hours ago
Of course the ACT government wants more and more apartments as they are only interested in how much money they can gouge from... View
Ol L - 7 hours ago
NOVEMBER 11 2019 - 12:01AM Canberra is home to the biggest houses but the smallest units, new report shows... View
chewy14 - 8 hours ago
Capital Retro, The median price for apartments and townhouses is significantly less than for detached dwellings. So if the pr... View
News 44

Jordan Amber - 4 hours ago
Anthony Gordo the club has to diversify away from gambling based revenue business models and as part of the ACT Government re... View
Peter Morales - 7 hours ago
David Malcolm WTF should they View
Peter Morales - 8 hours ago
The kid's ain't got a chance to voice themselves against a drug and gambling organisation especially when their backed by loc... View
Lifestyle 8

May Mac - 7 hours ago
The only reason we switched to landfill nappies was the struggle to keep line dried reusables from stinking of woodsmoke in w... View
Phillipa Leggo - 8 hours ago
Well done Olga Imbriano - lovely article👏👏👏 View
Vickie Quinn - 10 hours ago
Sarah Quinn looks good I'll have to check it out! View
News 2

Ol L - 7 hours ago
While the sun shined they didn’t put $ aside for a rainy day and now there crying poor. View
Food & Wine 23

Renting a house in the ACT now costs an average of nearly $700 a week as landlords hike rents and...
News 5

Local shopping centres will be able to have larger supermarkets in a move designed to boost their viability and unlock...
What's On 17

@The_RiotACT @The_RiotACT
International students will not be returning to Canberra's major universities until mid-2022, but ANU and @UniCanberra are urging the government to allow them back on campus sooner https://t.co/XSLnGSiakN (4 hours ago)