Women of Queanbeyan rise above cancer and raise eyebrows with calendar 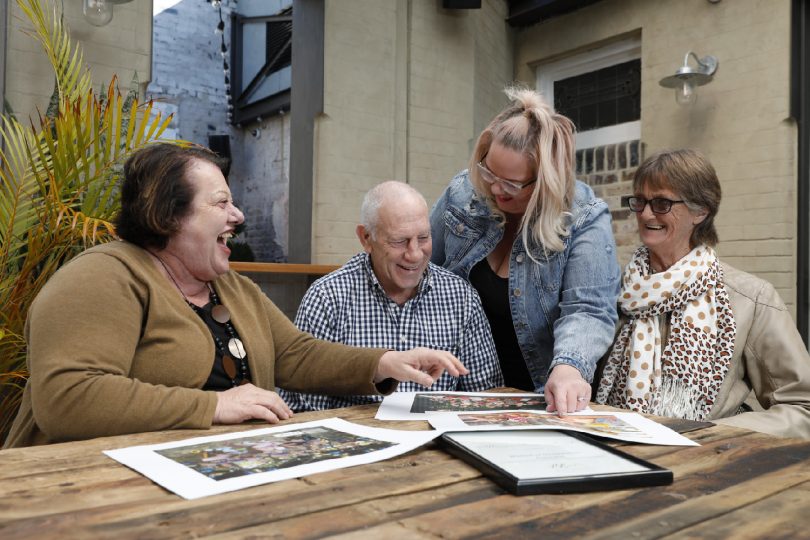 It’s been 10 months in the making, but in two weeks, all will be revealed for the launch of the very first Women of Queanbeyan calendar.

There are at least 77 very good reasons to be at the launch at the Queanbeyan’s Bicentennial Function Centre on August 17, where the naked ambitions of 77 brave women will be on show in support of an amazing cause.

Organisers of the calendar say there has been many a long night in the making of the calendar, along with many more laughs and non-stop fun for an issue that goes well beyond skin deep.

Most of the 77 wonderful women bared all for the calendar that showcases the true spirit of the Queanbeyan community.

The Women of Queanbeyan calendar is dedicated to Yvonne Cuschieri, the founder of the Eden-Monaro Cancer Support Group, now called Rise Above Capital Region Cancer Relief.

The calendar is the brainchild of Gillian Southwell and Pauline Leake, who over a coffee, hoped to raise about $20,000 to support cancer patients and their families within the ACT, Queanbeyan and surrounds.

They now anticipate selling every one of the 3000 calendars at $20 each, giving them at least $60,000 to support more than 2000 women in their cancer journey.

Their efforts have already drawn high praise from Member for Monaro John Barilaro, who presented the Women of Queanbeyan organising committee with a Monaro Service Award in recognition of their extraordinary contribution.

“We’re so very proud of how this has evolved and what it will do to help women with cancer,” Gillian told Region Media.

“The oldest woman in the calendar (Eileen Daniel) is 86 and there is a wonderful photo of her with her three daughters and five grand-daughters,” she said.

There are stories in every one of the 12 professionally photographed images.

“For each photoshoot, our women took off what they were comfortable with,” said Gillian. “A bit of wine and champagne certainly helped and some even went the full monty.”

In one of the photos is Deb Newham, who passed away from cancer about a month after her shoot. In other photos are women who have had mastectomies. Gillian is also a breast cancer survivor who had a mastectomy four weeks ago.

Pauline Leake tells the story from a photoshoot where a rabbit “got a bit nibbly with one of our girls”.

The only male allowed into the calendar’s inner sanctum, Rocky Burnell, is well known in town, “but not for the right reasons,” he says with a laugh. His job has been to secure sponsors and encourage women to take part.

However, he wasn’t allowed to attend the photoshoots despite constantly offering to help with makeup and styling.

“When the ladies asked me if I could help, I immediately knew it was going to work, and work wonders,” he said.

Rocky is also no stranger to cancer. He lost his wife to the disease six years ago.

“We all know someone who has been affected by cancer,” says Gillian. “So have your mammograms, ladies.”

The support from Queanbeyan has also been endearing, with at least 90 sponsors and donations, including major sponsorship from MPS Travel and Tours, a business in Mitchell with links to the Queanbeyan family of Amy Hewson.

All four photographers are from Queanbeyan, including Gillian’s daughter Ashlee Coombe, while the make-up and styling were provided by Tracey Lee-Hunter and the Canberra Make-up Academy.

The launch will be one of the social events of the year, with lots of auctions and raffles, with all proceeds to Rise Above.

One of the hottest items on the night will be an auction of the first copy of the calendar, fully signed. It will indeed be a collector’s item.

You can find all the details of the Women of Queanbeyan calendar launch on their Facebook page. 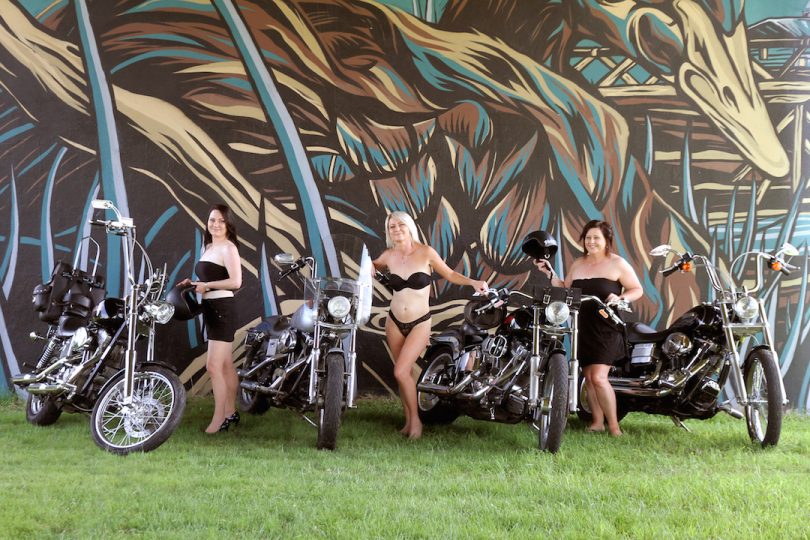 Josh Shirley - 4 hours ago
I had a 3 bedroom 2 bathroom townhouse in Melbourne 30mins from the city and the mortgage was $200 a week cheaper than any re... View
Vanessa McIntosh - 4 hours ago
Remi Fletcher Yvette berry ignores anything that makes her look bad If I was Kerry-Anne I’d be talking to Mark Parton MLA View
William Coats - 5 hours ago
Yes if a house is left empty in the ACT the owner is liable for land tax. View
Lifestyle 18

HiddenDragon - 10 hours ago
"...the government should let the market do its work and instead focus on cutting rates, charges and land tax as NSW has done... View
Ray Polglaze - 14 hours ago
Do you have evidence to support that assertion? View
Ray Polglaze - 15 hours ago
Barry Morris says "“Let the market sort it out – it will sort it out". But where is the evidence to support that confiden... View
Lifestyle 12