Women’s safety statistics are nothing to celebrate 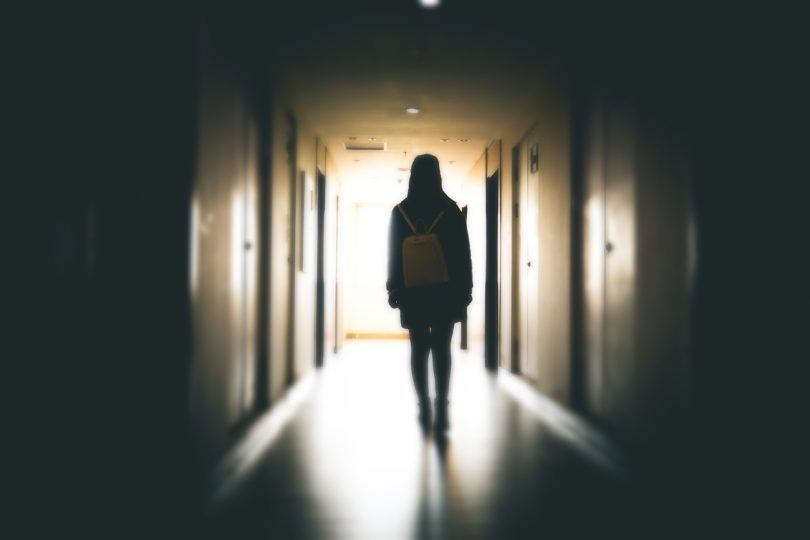 Right now, there is an enormous amount of work happening to ensure women and girls feel safe and supported, in school, in sport, in their workplace, in the community, and in their homes.

This year the ACT exceeded both its target[i], and the national average[ii] for women’s safety statistics but I think it’s fair to say that no one feels content that only 43 per cent of women feel safe when they’re out by themselves in public places during the night. I’m not satisfied and quite frankly, nor should others be.

The National Survey of Community Satisfaction is a policing survey which delivers its statistics annually and provides a nationally comparable snapshot that jurisdictions can use to consider whether their policies are well directed. For the ACT, this includes a range of policies aimed at creating a community where women feel safe, are healthy and equally represented and valued for their contributions—most of which are articulated through the ACT Women’s Plan[iii]—but generally are goals reflected through all of government’s work.

As the ACT Minister for women and for the prevention of domestic and family violence, I think it’s fair to say that all of us desperately want to see that number improved year on year because our overwhelming desire is that the ACT community is a safe place for everybody, no matter where they are, or when they are there, and particularly for women and girls.

It will never be a simple law-and-order issue. Every credible voice has said ‘you cannot simply arrest your way out of these issues,’ particularly around women’s safety. We need to have a much more sophisticated and comprehensive approach and that’s what the ACT Government is working towards, through all arms of government.

The factors affecting women’s safety, including the perception of safety, are complex and varied and there is no one government agency that can fix this issue alone. When you consider the impact of poverty, crime rates, drug and alcohol use, urban design, and the gendered stereotypes and accepted norms that exist, particularly how we view and treat women, it becomes obvious that the key to real change is through a whole-of-community change in culture, attitude and behaviour. But again, cultural and behavioural change can take many years to achieve—decades and sometimes generations—and the approach has to be sustained with programs and initiatives that reach out to people’s homes and lives.

Right now, there is an enormous amount of work happening to ensure women and girls feel safe and supported, in school, in sport, in their workplace, in the community, and in their homes.

In this year’s budget, the ACT Government allocated an additional $696,000 that will go directly towards resourcing funding to delivering the ACT Women’s Plan. That is a significant funding announcement from the ACT Government to improve women’s equality and feelings of safety in the ACT community.

Through the Safer Families levy, we’re delivering more than $24 million on top of the existing crisis and frontline service funding, for the prevention of domestic and family violence in our community. This package has provided for the appointment of a dedicated Coordinator General for Family Safety whose role is to drive cultural change and coordination across the ACT Government and the community. The Levy has also provided for the co-design and establishment of the new Family Safety Hub which will innovate and bolster the services so that the system works better, and earlier for everyone, and that the violence is reduced or stopped in the first place.

We know we have a lot of work to do and the government and community services who support women and families escaping violence are truly committed and embedded in this work for change. But let’s be clear about this. The challenge is there for all of us to take a tough stance on this issue.

Disrupt and interfere where you can to make women’s safety a top priority. Don’t be a bystander to bad behaviour. Learn how to call it out when you see it. Support your friends, family and colleagues. Advocate for better policies in your workplace. Campaign for women’s safety. Support women into leadership roles. Keep talking about it.

None of this stuff is easy but nothing really worthwhile generally is. We need to keep sending a message to everyone in our community about what’s appropriate behaviour towards women and girls right from the day they are born.

Cultural change takes time and effort. But if the #MeToo movement is anything to go by, difficult, sometimes shocking conversations can lead to lasting cultural change.

Yvette Berry is the Deputy Chief Minister and Minister for Women, and Women for the Prevention of Domestic and Family Violence.

[i] The target for the proportion of ACT women who feel safe by themselves in public places during the night for the ACT was 38 per cent.

[ii] The national average for was for ACT women who feel safe by themselves at night was 36.5 per cent.

[iii] The ACT Women’s Plan is a ten year plan (2016-2016) that supports policies and work to improve the status of women in the ACT.

Zero spend of programs for men.

Lack of spend on police.

Spending money on women is a need though lack of management in other areas.

Free legal services rather than councilling or mediation.

Jason Hutty - 3 hours ago
Tim Van Der Vlist I'm not sure if you understand the economics of a member's club. The members own it. So yes, of course they... View
John Sands - 6 hours ago
John Ryan Steve Boege just means you should go to 19th hole and think about how you would have played... View
Fiona Wright - 6 hours ago
Irene Kelly greenkeepers made a mistake on the greens (in the article).. View
Property 22

Mick Gaffey - 4 hours ago
Just buy it already Jason Barton ✅ View
Amanda Sanderson - 8 hours ago
I’ll give you bottomless gin and tonics Peter Taylor 🤣 View
John Sheil - 8 hours ago
Well I have known 2 licensees over the years and neither have achieved any success. May need a new business strategy.... View
Breaking 5

chewy14 - 5 hours ago
You're assuming what he's saying is correct though. Whilst they do have controls to prevent vaccine "shopping" for people not... View
HiddenDragon - 8 hours ago
John Moulis' experience illustrates a serious flaw in the vaccination program. With the "advice" (a rather dishonest way of d... View
Maya123 - 9 hours ago
I should add that my mother also had AstraZeneca, but had no symptoms. So it varies from person to person. View
News 21

nealg - 12 hours ago
Heavy truck traffic, lack of footpaths and e-scooters not a good mix for Mitchell. View
show more show less
*Results are based on activity within last 7 days

@The_RiotACT @The_RiotACT
Find you're already stuck for ideas to entertain the kids over the school holidays? Look no further for inspiration, with workshops to tours and nighttime fun https://t.co/4Ey9eKhGEt (5 hours ago)

@The_RiotACT @The_RiotACT
There's a big week ahead in #Canberra with markets, music and comedy - there's something to please everyone https://t.co/wy6n8HbUv0 (7 hours ago)

@The_RiotACT @The_RiotACT
A new Auditor-General report has found teacher performance could not be adequately assessed as performance management has not been "implemented effectively" https://t.co/eyqWf1Q0IN (9 hours ago)