Check out the new Centennial Park playground in Cooma 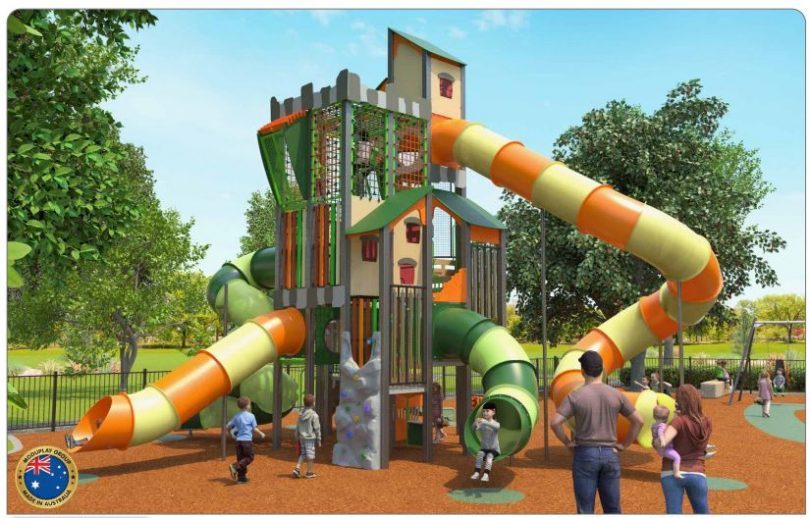 The playground in Centennial Park is getting a big upgrade and will be closed to the public for about a month. Images: Supplied.

One of the Snowy Monaro’s busiest playgrounds is set for a major upgrade which is sure to delight local and visiting families.

Work will start at the end of the month on a project that will take the Centennial Park playground and the kids who love it higher into Cooma’s famous big blue skies.

Once complete, the playground, which is a favourite stop for families travelling to the Snowy Mountains or Canberra, will be home to an exciting range of new equipment, including a sky tower, mammoth swing, and wheelchair-accessible spinner.

Snowy Monaro Mayor, John Rooney, says “Centennial Park is one of the Snowy Monaro’s most visited parks. The upgraded playground will become a favourite for families.”

Construction is set to commence on Tuesday, 29 January, with the playground closed to the public for about a month while the works are rolled out.

The sky tower has been earmarked as the playground’s standout piece of equipment. It boasts tube slides, climbing nets and interactive play panels. 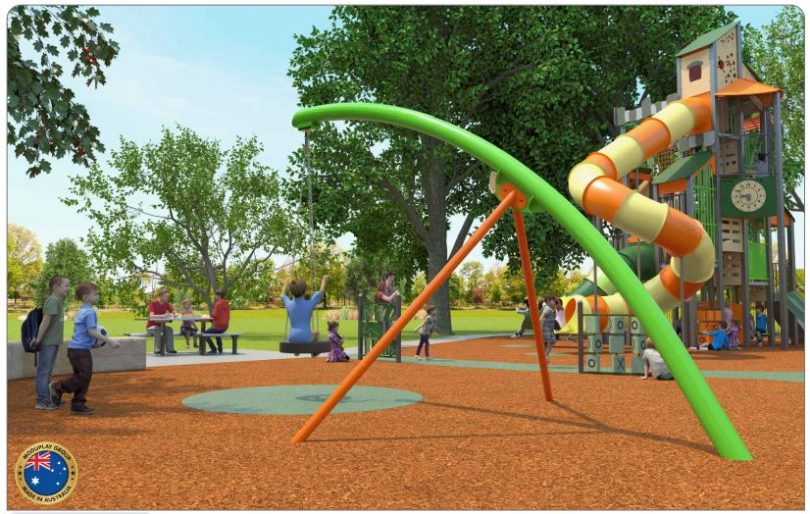 “The playground is busy throughout the year, and with the new equipment, it will become even more popular,” Cr Rooney says.

“Playgrounds throughout the region have benefited from the NSW Government’s Stronger Communities Fund.

“We thank the public for their cooperation while the playground is shut, and look forward to a grand opening once complete,” Cr Rooney says.

While the Centennial Park playground is closed, Region Media’s best pick for fun and play in Cooma is the newly completed Nijong Ninja Park on Barrack Street. Kids can put their ninja skills to the test over an obstacle course, zig-zag climbing wall and in-ground trampoline.

Mark Gledhill - 6 minutes ago
how long will the eucalypt hate continue? this sounds like treescrimination to me! View
Arleen Stark - 1 hour ago
That is all very well Ian, but a branch does not have to be dead to fall. We have had 3 huge branches fall in the last 2 year... View
Colleen Whichelo - 3 hours ago
The trees need to be in the bush where they belong & where no humans reside. Bloody gum trees are the worst most dangerous of... View
News 1

Capital Retro - 35 minutes ago
Good luck with that. I suggest you read up on "social disamenity" from waste odour and commence a class action against the AC... View
News 240

Trudy Anais McInnis - 12 hours ago
I hated Triple J in the 90s and I love it now. Thank goodness it’s changed! And millions of votes led to The Wiggles coming... View
Monty Ki - 14 hours ago
Onelia Herriot that's my husband, for sure. View
Onelia Herriot - 15 hours ago
Kathleen Beck the band's choose who they cover. The station has no say. There has even been cases of the same song covered by... View
Food & Wine 20

@the_riotact @The_RiotACT
Has your #dog ever become stuck in a toy? A Canberra vet warns it may be more #dangerous than owners realise https://t.co/TJBn419eB7 (22 minutes ago)