“ThisIsAName” has had enough of illegal dumping on a vacant block in Franklin.

Last September a big tip truck was actually caught and the owner forced to remove the industrial scale mess. 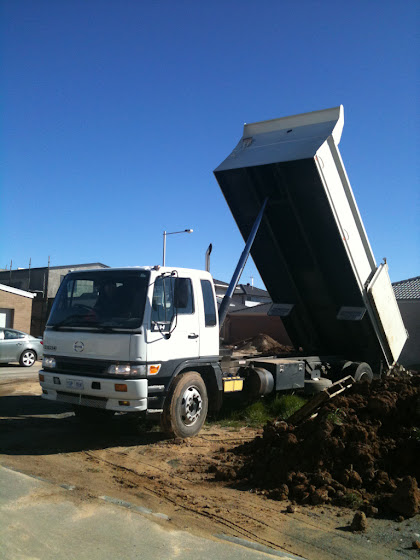 But there was no fine. Our source is also pretty sure he’s seen the same truck now out and about with no numberplate on to avoid getting busted in future.

Yesterday the above ute was dumping on the site. Good to see he’s using a broom to get his tray nice and clean. 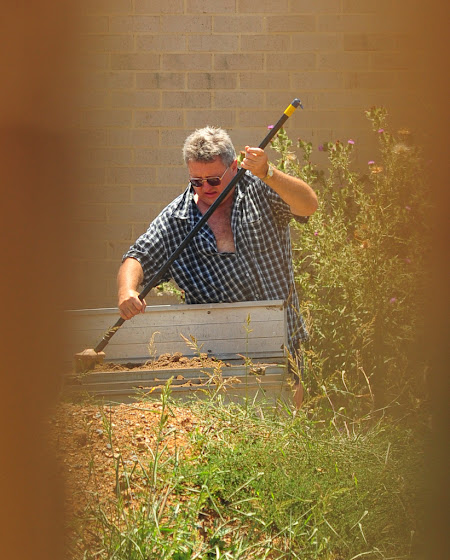 So to our illegal dumping community a reminder. People have cameras these days.

Here’s the rest of the pix: 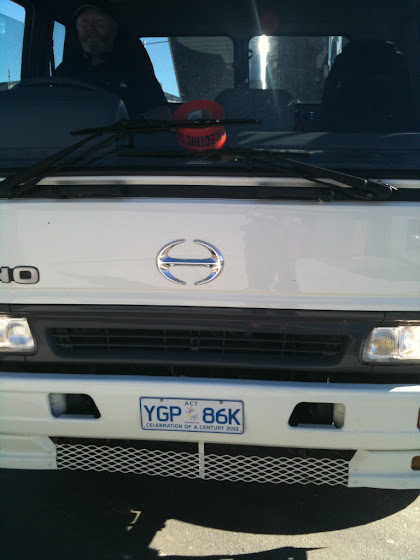 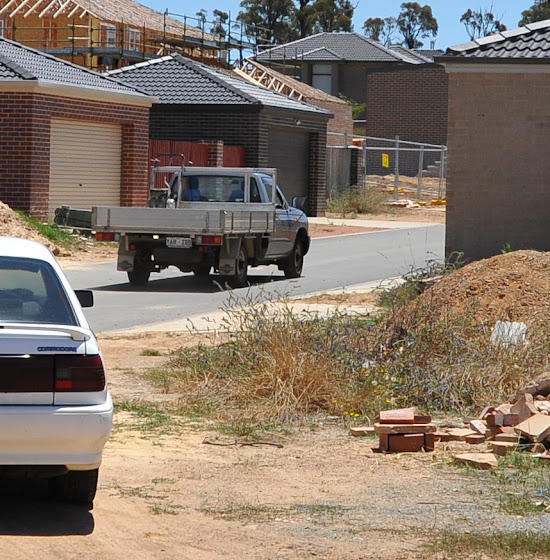 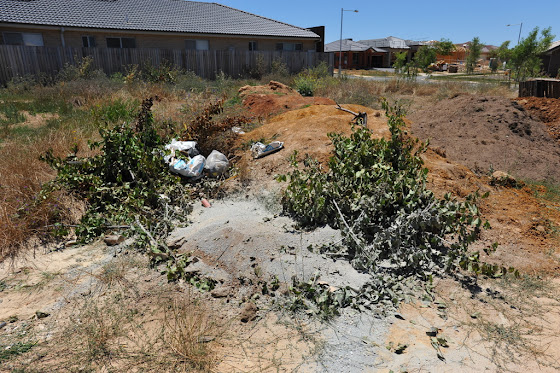 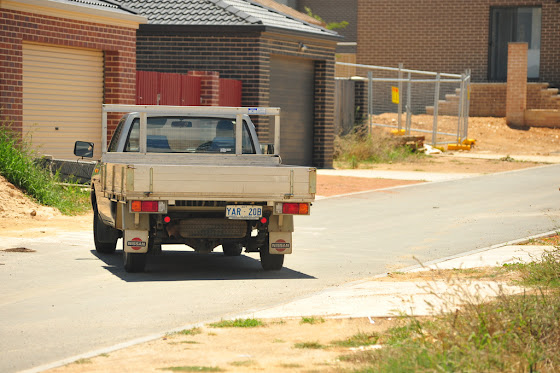 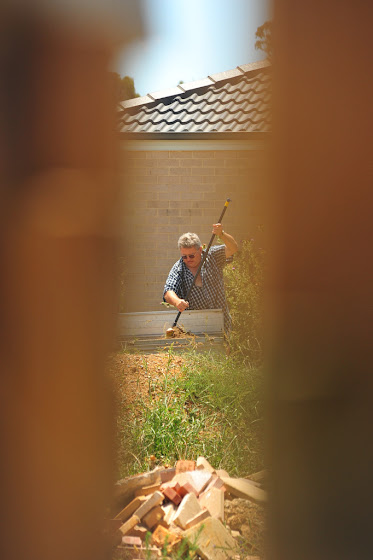 Why dump on private land? I notice the well-heeled residents of Elimatta Street in Reid dump their lawn clippings across the road in Reid Oval car park…

But isn’t it good to know you can dump stuff on *private* land without having to worry about anything!

No more tiresome trips to the tip!

Not me, but I would like to know where in Franklin this new recycling drop off is located? Just in case.

and might any of the media think it worth running with?

Surely the opposition would like to point out a failing in the government’s services?

So who have you called to report this? TAMS?

Multiple calls have been made: several cases of dumping have been reported by various witnesses.

The City Rangers have been called several times. From what I’ve been told, the responses have been “we’ll look into it” and “there may be a valid reason for dumping stuff there”. The response I got was “nothing can be done because the waste has been dumped on a private lease”. The rangers don’t have access to the leaseholder’s contact details, so they can’t get in touch with the owner.

The police don’t respond to illegal dumping, and ACTPLA can only issue notices to the owner to clean the place up.

It’s ridiculous that (among other things), a lack of information sharing between govt agencies makes an obvious offence much harder to resolve…

[devilsadvocate]
Who owns the land?

How do you know this guy doesn’t own the land?
[/devilsadvocate]

So who have you called to report this? TAMS?

Great idea to photograph the culprits.

Is that Buddy Garrity?

Steve “Blocker” roach, is that you?!

Chris Kubara - 2 minutes ago
My Hockey involvement started quite a few years ago firstly as an unpaid chauffeur, then Team Manager, Junior Coach and then... View
Rachael Lizars - 13 hours ago
Spending beautiful Canberra nights with my best friends, chanting A! C! WHAT? A! C! T! View
News 38

Shaun Stephens - 13 minutes ago
Brett Griffiths surely there are better fast food outlets that can service the area! View
Shaun Stephens - 14 minutes ago
Wonderful news. Sick and tired of seeing trash from all the McDonald's on the streets and pavements. McDonald's can go to hel... View
Marcel Russell Hall - 2 hours ago
Mick Smith this happens often in these cases. All the blame goes to McDonalds as if they are trying to force their way in. Ce... View
Property 18

Sue Harvey - 1 hour ago
It would be nice to have a bus service to the railway station that actually catered to the train timetables. View
Ursula Gamal - 1 hour ago
We are in the 2020s. High speed rail everywhere but Australia...and we are a 'developed' country🤣🤣... View
Lewis P Owlay - 2 hours ago
Dylan Rad they also need to upgrade the bar options View
Business 3

Ian Lindgren - 2 hours ago
Thank you Lucas, we enjoy supporting you. We have a lot of new initiatives coming this year.... View
News 22

Carole Ford - 8 hours ago
About bloody time, there are morons driving and looking at phones everyday in the hundreds. I hope that fining them helps sto... View
Food & Wine 19

HiddenDragon - 12 hours ago
"....but we’re not really in a position to think properly about what those suburbs are going to be like 15 to 20 years down... View
Robin Dearlove - 13 hours ago
Yesssss! View
Roderick Saunders - 14 hours ago
Julie Maynard room for a deciduous tree and a double garage View
News 99

Ashley Wright - 15 hours ago
William Taylor that doesn’t solve a thing. The NCA controls the CBD around London Cct it also controls constitution Ave up... View
show more show less
*Results are based on activity within last 7 days

UPDATED 4:00 pm A lockdown at Canberra Grammar School has been lifted after a threatening email was sent to the school...
News 38

A man who allegedly took a car with a 14-month-old child in the back seat and assaulted the mother in Wanniassa...
News 22

Motorists in the ACT who use their mobile phones while driving may soon have an extra deterrent with the ACT...
Opinion 86

The 1.7 kilometre extension of light rail from Alinga Street to Commonwealth Park via London Circuit will be wire-free, in...
News 38

A development application to open a McDonald’s restaurant at Chisholm has been rejected by the ACT Planning and Land Authority (ACTPLA)....
News 34

@The_RiotACT @The_RiotACT
As Canberra grows & evolves, it’s important that we make conscious decisions about how to get the balance right between development & protecting our natural assets, says Rebecca Vassarotti https://t.co/Cp1DNBfcXz (2 hours ago)