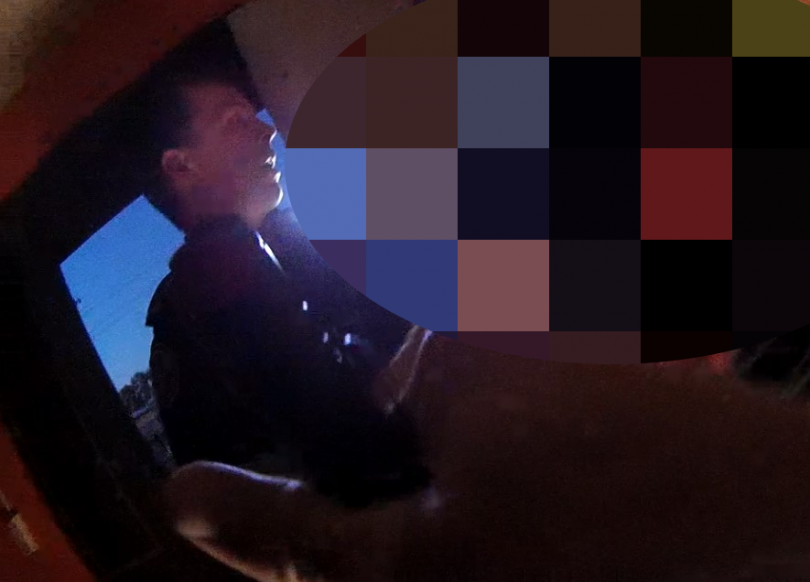 Constable Zachary Rolfe, pictured in body-worn camera footage before the shooting. The footage has been tendered to the court. Image: Supplied.

As Constable Zachary Rolfe’s murder trial came to an end, his barrister told jurors the 30-year-old had been charged without “any proper investigation” which was a “disgrace”.

Mr Rolfe is fighting a charge alleging he murdered 19-year-old Indigenous Australian Kumanjayi Walker in the small desert community of Yuendumu on 9 November 2019. He has also pleaded not guilty to alternative charges of manslaughter and committing a violent act causing death.

Jurors in the Northern Territory Supreme Court trial have heard that after Mr Walker stabbed Mr Rolfe in the shoulder with a pair of scissors, Mr Rolfe shot him once, then Mr Walker and Remote Sergeant Adam Eberl got into a struggle during which they ended up on the ground.

In his closing address, barrister David Edwardson QC told jurors that each of the three times his client shot Mr Walker he was acting in good faith, in the reasonable performance of his duties, and in self-defence of himself and his partner, Remote Sergeant Adam Eberl.

“Zachary Rolfe was taught, trained and drilled as a member of the Northern Territory Police Force that an edged weapon equals gun,” he said.

“When Kumanjayi Walker deliberately, and I suggest, viciously, tried to stab both officers with potentially fatal consequences, the only appropriate response was to draw his firearm and pull the trigger, discharging each bullet into the seen body mass of Walker until the threat was removed.”

He said Rolfe was arrested within four days of the shooting without “any meaningful investigation”.

“This case is tragic. A young man lost his life and a young, courageous police officer has been charged with the most serious charge known to the criminal law; as I said, without any proper investigation, and that, you might think, is a disgrace,” Mr Edwardson told jurors.

“The executive of the Northern Territory Police Force and those they deployed to justify these charges, you might think, have thrown everything at Zachary Rolfe because of a decision that should never have been made.”

Mr Rolfe had done what he was trained to do, he said, and the firing of the three shots was “reasonable and proportionate in the circumstances”.

He also had to make a “split-second decision” about the threat to his partner, Remote Sergeant Eberl, when he fired the last two shots.

Mr Edwardson said the second shot was fired 1.6 seconds after Remote Sergeant Eberl and Mr Walker fell onto a mattress, which was followed by the third shot 0.53 seconds later.

Mr Walker held onto the scissors the whole time, he said, and used them to cut Remote Sergeant Eberl’s clothing.

“That is exactly what he said, after he’d been shot three times.”

When it came to the question about what his client intended when he fired the last two shots, he said Mr Rolfe “had no time to form any intent at all” and what he had done was to “instinctively respond to the very real threat of the scissors”.

He said Mr Walker was “dangerous” and “violent”, referencing his criminal record and the so-called axe incident on 6 November 2019 where he brandished a hatchet at two police officers.

“In many respects, he was the author of his own misfortune,” Mr Edwardson said.

His client had “no choice”, he said.

“He had to pull the trigger or risk the real possibility that Constable Eberl would, or could be, fatally stabbed,” he said.

“In these circumstances, there can be only one verdict and that is one of not guilty to all charges.”

Justice John Burns was scheduled to begin giving his directions to the jury this afternoon (10 March) before they started their deliberations.

The saddest thing out of all of this is an indictment against the NT Government and the NT Judiciary. If Walker had been give a real custodial sentence for the many crimes he committed, he possibly would be alive today. He was a habitual criminal and should have been treated as one and perhaps if he was dealt with at Law, this tragedy may not have occurred. Sadly no winners here.