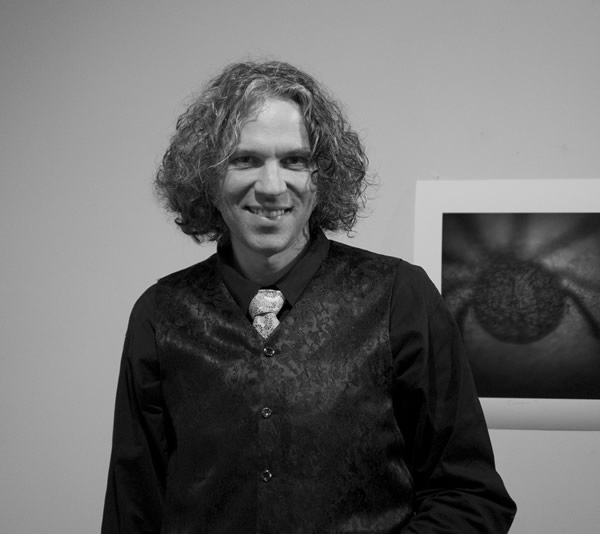 Tonight, I got an invitation to an event in the city, a photographer’s exhibition being held at the Kaori Gallery, in Hobart Place. All very mysterious, as I usually don’t get asked to these events. Last one was several years ago.

The Artist is Geoffrey Dunn, and I have admired his contributions on social media for some time, but had never actually met him. Social media is like that. We miss the interaction because we are online…

The Exhibition, Zoologica, was a real eye opener. Geoffrey has gained access to many different collections, ranging from CSIRO Discovery items, to samples from the local Gem Show. He gained permission to take photographs of these samples.

The images are captured so that you have to work out what they are and then identify with them. At the launch, there were representatives from the CSIRO Discovery Centre, who were very happy to explain about the subjects, what they were, where they came from and admitting surprise when one or two items appeared to have been added when they were certain that they wouldn’t be of interest.

You have to view the exhibition to get an idea of what I am talking about. There are items that just call to you, and one that screams at you. It is silent, but the darkness of the image is just overpowering – if you saw this particular thing in daylight, it would be normal. In Black and White, however, it has an eerie feel to it.

I enjoyed it, although it wasn’t my usual art scene. I spent a lot of time working out what a couple of the images were, and conferring with other viewers when it was obvious I really didn’t know what the thing was.

The exhibition has been featured on ArtSound FM, in the Canberra Times and on social media. It has also been featured in the Human Brochure by one of the other guests.

Info for the gallery is: http://www.kaorigallery.com.au/

@The_RiotACT @The_RiotACT
St Benedict’s in Queanbeyan has been helping locals for more than 15 years, offering meals, friendship, advocacy & support to those who need it most https://t.co/l22RO7R84o (21 minutes ago)