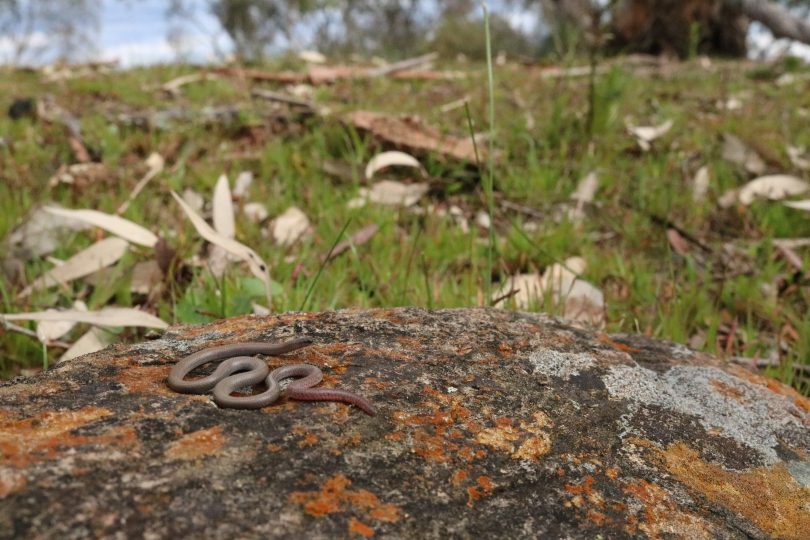 It looks like a large worm but it’s actually a pink-tailed worm lizard. Photo: Damian Michael.

On the border of NSW and the ACT lives a vulnerable little lizard. This lizard is no ordinary lizard; it’s one of Australia’s rarest reptiles – the pink-tailed worm lizard (Aprasia parapulchella).

And thanks to generous developers, environmentalists and the NSW Government, the lizard will now have a $1 million home to protect it.

Classified as vulnerable by the Australian Government, the lizard is most closely related to a gecko. It can grow up to 25 centimetres long and looks like a small snake or large worm, with a pink tinge to its tail.

One of the biggest known populations of pink-tailed worm lizards was discovered at Googong in 2009. Six years later, a 56-hectare fenced conservation area was established on development land to protect the colony.

The new $1 million fund, jointly funded by NSW Government and developers Peet Limited and Mirvac, will see a second conservation area established to protect a new second of the tiny reptiles’ colony that has recently been discovered. 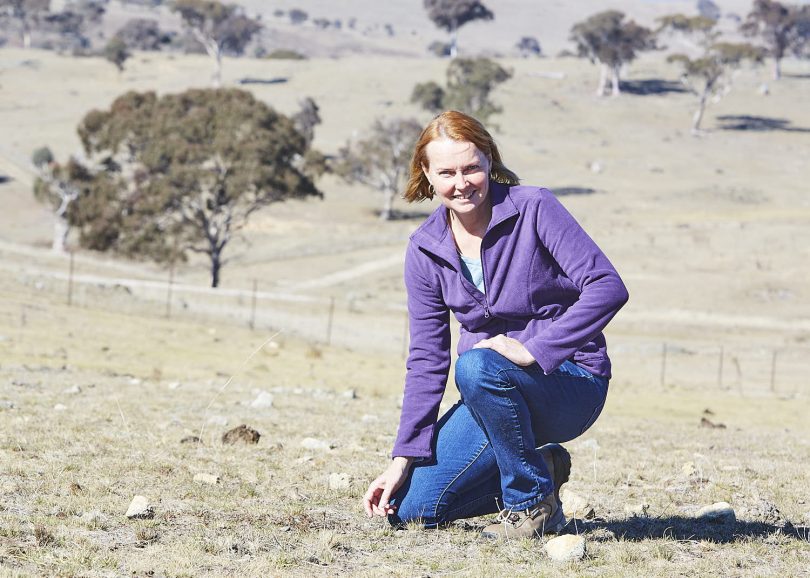 The fund will support a six-year conservation project managed by the Molonglo Conservation Group, to maintain and manage the species’ habitat and to research and map the species across the Googong-Burra-Royalla region.

Googong project director Malcolm Leslie said the fund will support the extensive conservation program including the creation of a new sanctuary.

“The Googong environment is unique. Not only is it beautiful, but the community takes its caretaker role seriously and we encourage and contribute to that through our environmental management programs, open space planning and heritage protection activities,” Mr Leslie said.

“Every two years, scientists survey the lizard population in the first conservation reserve and we can see that numbers have stabilised.

“The second reserve will be a little different in that it will allow visitors to have careful access to the habitat area.

“We will be working closely with the Molonglo Conservation Group and Queanbeyan-Palerang Regional Council to run education programs around the vulnerability and protection of the species, and to get community volunteers and land-holders across the region involved.” 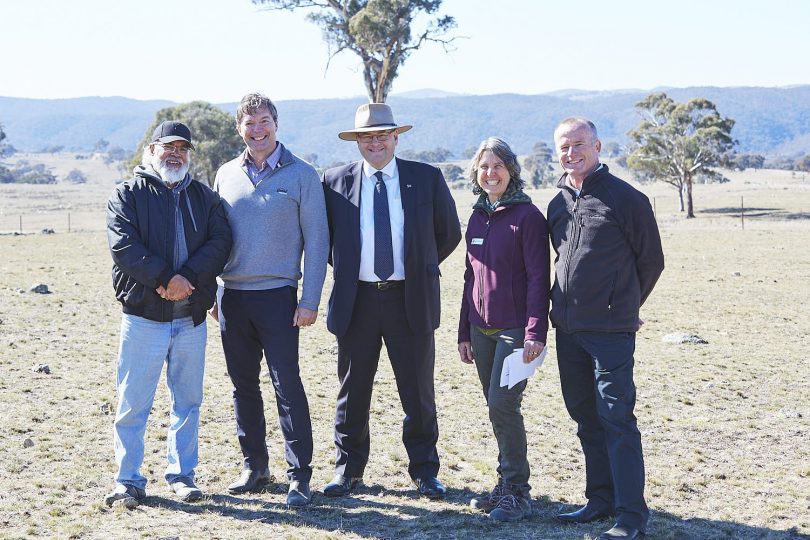 Molonglo Conservation Group principal ecologist Dr Jasmyn Lynch said the new project had a dual emphasis – to inspire Googong residents to understand and protect their environment and to encourage and assist rural landowners in the stewardship of habitat sites on their private property.

“This project is a fantastic opportunity for local people to get involved in the conservation of the pink-tailed worm lizard,” Dr Lynch said. “There have been only limited surveys in the region and we are expecting to find new sites.”

A steering committee has been formed to guide the project, including representatives from the NSW Government, Molonglo Conservation Group, Googong Township, Queanbeyan-Palerang Regional Council and the ACT Government, which manages the adjacent Googong Foreshores.

Work on the new protected habitat is scheduled to start later this year and will include access paths, fencing to manage grazing, and interpretive signage.