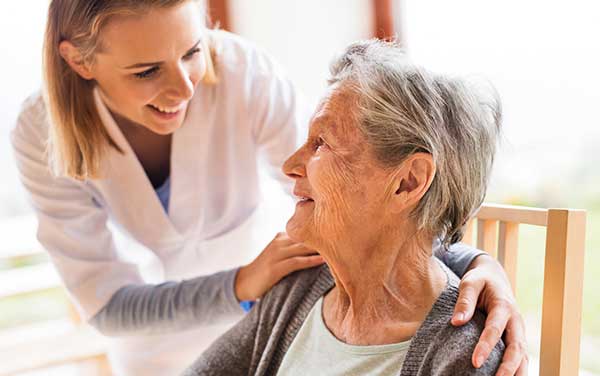 Aged care staff have until 17 September to get at least one vaccine dose. Photo: File.

An aged care worker testing positive for COVID-19 in the ACT has thrown a spotlight on the slow vaccine rollout to a cohort of workers who are supposed to have received at least one dose by 17 September.

The aged care worker at Greenway Views is believed to have had one dose, and ACT Health was checking the vaccination status of all staff and residents.

Chief Health Officer Dr Kerryn Coleman said the fact that the worker had received a dose gave hope that the extent of transmission was reduced.

The Federal Government made vaccination mandatory for residential aged care workers in June, but Chief Minister Andrew Barr said today (16 August) that there were still about 1,000 staff in the ACT yet to receive their first dose, equivalent to about half the workforce.

This was roughly at the same level as the general population.

Last week, Region Media reported that less than 40 per cent of Canberra’s residential aged care staff had received at least one jab, well below the national average of 56 per cent,

At the time, Mr Barr said the Commonwealth, which is leading the vaccination program, “needed to get on board here and do more”.

“With five weeks to go … the program needs to accelerate. There is no doubt about that,” he said.

Mr Barr said vaccination of aged care workers was a priority at the ACT’s vaccination hubs and the Commonwealth’s in-reach program went out to individual workplaces to administer doses.

Staff who are haven’t had at least one dose by the 17 September deadline will not be able to work in an aged care centre.

Mr Barr said the ACT was doing all it could to vaccinate its population, but it came down to supply.

The 14,000 extra Pfizer doses the ACT will receive out of the million acquired from Poland will help, but with 80,000 people in the 20 to 29 cohort in the ACT, and people needing two doses, the extra supply won’t cover them, Mr Barr said.

More vaccines are expected in the spring, including the Moderna vaccine, and the rollout should be extended, he said.

“We do what we can,” Mr Barr said. “But it is as it has always been, limited by available vaccine supply.”

He said the ACT was leading the nation in vaccination, and he has said before that the Territory was likely to be the only jurisdiction to have more than 90 per cent of each age cohort above 70 vaccinated.

There is good supply of AstraZeneca, which is recommended for people aged over 60, but the ACT Government is leaving it to individuals to decide whether they want it, based on medical advice.

AstraZeneca has a very rare blood clotting side-effect but is still considered safe and effective.

My elderly mother is in the aged care system. I’m horrified that less than 50% of staff have had one jab.
Those staff are putting our elderly parents and grandparents at risk.
Either get the jab or another job. Please.

A number of workers have declined to be vaccinated

Did I hear correctly that it will soon be compulsory for aged care workers in the ACT to be vaccinated?

Yes I did – by mid-September for first jab https://www.health.gov.au/news/announcements/covid-19-vaccination-to-become-mandatory-for-residential-aged-care-workers

Very few aged care workers are 60 or over (eligible for AZ) and the supply of Pfizer for aged care facilities does not seem to be a priority.

And the facility is still not listed as an exposure site ????

Carers could already have been fully vaccinated. I am caring for my mother and was allowed to vaccinate early, being the ‘primary carer’. I got my first AZ back in April and the second one on 1st July. Carers should have gone at first chance to get the vaccine, way back in April. Management should have strongly encouraged them. Where my mother used to live, before she came to live with me, I was told the staff got vaccinated with the residents. So, why are so many carers still unvaccinated?

This was the federal government’s responsibility……what a sorry saga….

Mandatory vaccination unless there is a genuine medical reason not to. The most comprehensive national emergency since WW2 and having a vaccine is still optional…..

The same rule SHOULD also apply to in home carers. If you care for someone / elderly in their own homes Please get vaccinated ASAP. Your patients are the most vulnerable. We thank you for your work.

It’s only their own fault. Frontline health workers have been able to go to the front of the queue ever since vaccines first became available. Maybe this fact hasn’t been publicised enough. If you go into MyDHR or ring up and tick that box you will be prioritised for an appointment, at any age.

Given the mixed messages about AZ from the Feds, Renee Mae – how can it be the fault of the staff?

Mark Oz I meant the fault of people who could have booked weeks ago but didn’t. Including aged care workers (Greenway Waters?) who, as frontline health and community workers, have been able to jump to the front of the queue ever since the vaccines became available. I was booked for my first shot of Pfizer on 23 August but kept checking MyDHR and was able to move it forward to 16 July. Due to get my second shot this Wednesday (both at the airport clinic). Three people at my workplace (large charity community services provider) under the age of 30 declared themselves as frontline workers and were able to get their first jabs of Pfizer last week.

Renee Mae Thank you for the very enlightening clarification. I wonder why you, an eligible worker, knew exactly what to do but others did not? Perhaps that proves your statement about it not being publicised enough – maybe the govt, though I would have thought all relevant work places would have passed this information on to their staff. 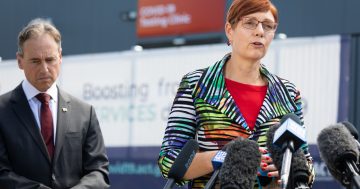