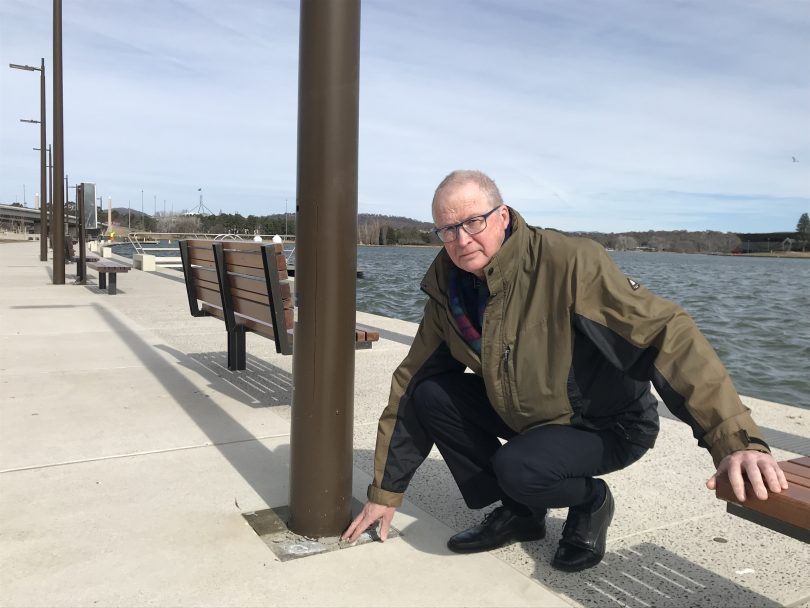 A City Renewal Authority spokeswoman said they received a phone call early last night reporting the damage to the park where brass had been removed from 26 benches, 21 bollards, three bins and two drinking fountains.

A statement released by the City Renewal Authority said it was a “saddening act of vandalism and theft” which they had reported to ACT Policing.

“It is disappointing that someone would steal public assets and vandalise the park, created for the enjoyment of everyone,” the statement said. 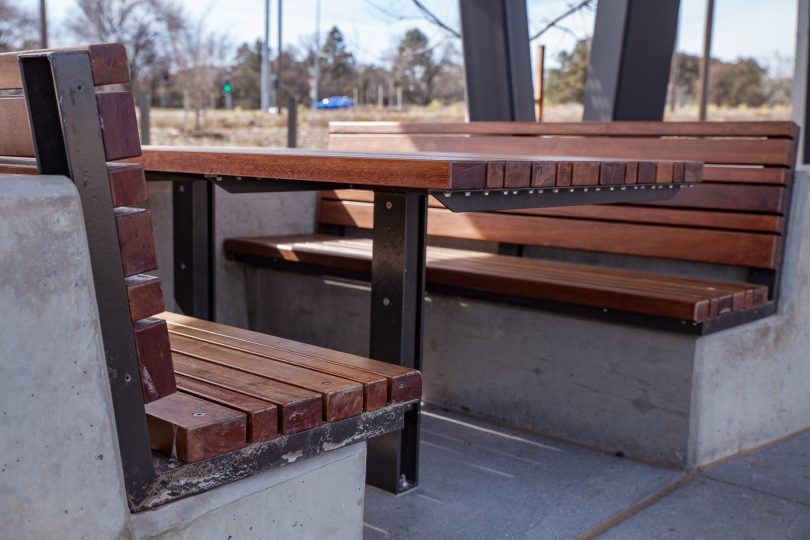 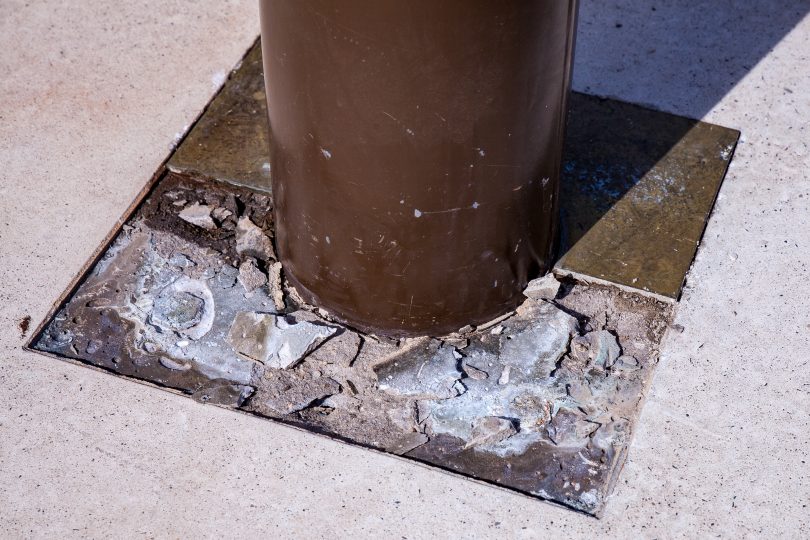 The authority is currently working on making the area safe for the community and is considering their options to replace the stolen brass and restore the park.

If anyone witnessed the crime or has any information that may assist, please contact ACT Police on 1800 333 000.

Yes it really sux that low lifes do this sort of thing but seriously, it is a well known practice. Surely the question has to be asked as to why this material would be specified by the designers?

Obviously by someone aware it was there and how it was installed e.g. with glue, then knowing how easy it would be to remove with a $5.00 pry bar from the local hardware shop.

I suggest investigators check past form of people who worked on the job installing.

If the value of the stuff stolen was $100K I think the the ACT Ratepayers paid too much for it in the first place.

Brass was also take from the train museum before it closed.

I dont see why these were made in brass in such a detachable way. The bigger crime was it being installed in the first place. Waste of money.

If you can steal and damage $100K worth of stuff from a public park in daylight, it makes me think no-one was using this park despite the weather being OK.
Huge waste of money; I say remove the pile of junk and just let it return to grass and trees.

Put on the hi-vis, have the right tools, look like you know what you’re doing – who can tel the difference from someone actually doing a job. That’s not to say the you and A_Cog aren’t right too – another ACT government waste of money.

Desperate times. I wonder if the thieves are going without decent housing, mental healthcare…

… and you could argue that the real thieves are those that built a multi-million dollar park in the middle of nowhere using my rates, as some cynical publicly funded PR exercise to jump-start the west basin development, which once again, rips off the public for a private benefit funneled to developers.

Is commonwealth park also a waste seeing its in the middle of nowhere. Maybe we should just tear it all up and build some waterfront homes or mansions seeing we all hate appartments so much

Melänie Janė - 27 minutes ago
Ridiculous article. View
May Mac - 29 minutes ago
In suburbs of a certain vintage when small blocks were as large as large blocks are now, I have seen properties that look lik... View
Angela Clark - 31 minutes ago
Landowners? I believe land in ACT is leased not owned View
Motoring 39

Capital Retro - 5 hours ago
I should have stated the obvious namely most service station sites have ample space for both solar panels and batteries but I... View
chewy14 - 10 hours ago
Capital Retro, You've missed the point. The idea of collocating the charging points at the PV/Battery sites is for efficiency... View
Property 10

Elyse Albrecht - 5 hours ago
Caleb Albrecht lol apparently you can win an auction even after the hammer goes down 🤷🏼‍♀️ View
Jose Vega - 6 hours ago
In Spain loans for your own home is tax deductible.... Investment loans are not... Majority live in their own home. View
Joel Suryawanshi - 8 hours ago
Sarah Young we are also forgetting that the greedy real estate agents are bumping up the prices and attracting investors from... View
News 8

Melissa Dean - 6 hours ago
Such a wonderful, hard working, caring man and friend, taken to soon. I will miss our chats. I learnt so much from him, and e... View
News 4

pink little birdie - 7 hours ago
Most of the start up support tends to be geared to that in the technology space or things with end consumer appeal. Most inno... View
News 4

@The_RiotACT @The_RiotACT
When he started his school holiday job at Detlev's, little did Grae Munro know he'd end up running the place as part of the family https://t.co/Z8LDbyNnnt (1 hour ago)

@The_RiotACT @The_RiotACT
ACT Work Health and Safety Commissioner Jacqueline Agius said the residential construction industry is taking a step in the right direction with the launch of a new safety campaign https://t.co/qcKvFnC4z5 (2 hours ago)