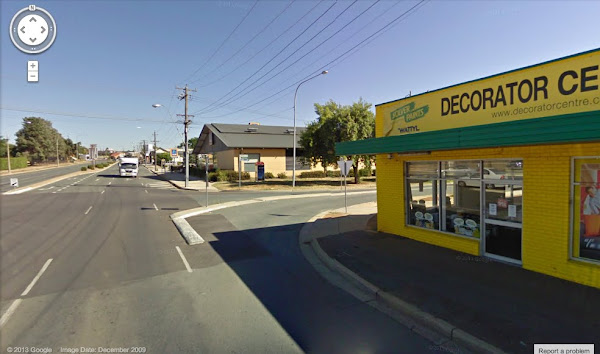 The recipients of the Taxi Security Scheme were announced today by Jason Clare, giving Australia a handy list of places you should probably avoid for the time being when trying to catch a cab at night.

Help is on the way however, local councils have been granted money to install CCTV, improved street lighting, and other features to hopefully deter people from being jerks at these locations.

None of Canberra’s cab ranks made the naughty list, however Crawford Street in Queanbeyan was listen as a recipient so if you ever need to catch a cab from the Q, know that improvements are on the way.

It would be cheaper to just put up a sign that says:

“This Taxi rank does not operate after 6pm Thursday thru Sunday. The nearest Queanbeyan Cab Rank operating at this time is located at Alinga Street,Civic.”

I looked at that picture and thought, where is that? It looks like the corner where the post office is, a good 2 blocks from the taxi rank.
I didn’t realise the taxt rank in Quangers was particuarly dangerous. I suppose at night it might be. During the day thouigh, nothing much happens there.

Surely that’s only relevant to cannibals?

Perhaps they should consider installing a shower block at the rank!

Interesting photo. That Decorator Centre is now the Queanbeyan Post Office. Oh, and I have never seen a taxi at the Queanbeyan taxi rank, which is a good two blocks south of the site pictured.

Capital Retro - 6 hours ago
Anyone been watching Ozark on Netflix? View
News 5

bj_ACT - 9 hours ago
It was always a bit funny when Turner residents were complaining about extra buses when whole swathes of suburbs lost their b... View
chewy14 - 9 hours ago
Honestly, is there anything more NIMBY than worrying about the "city coming for their neighbourhood" in an area less than 1km... View
HSewell - 10 hours ago
Good result View
News 3

@The_RiotACT @The_RiotACT
ACT Labor may have presided over continuing poor hospital performance but the ACT AMA remains sceptical of Liberal plans to halve waiting lists and how they would attract more health professionals to Canberra https://t.co/tpWuDaGSYZ (54 minutes ago)