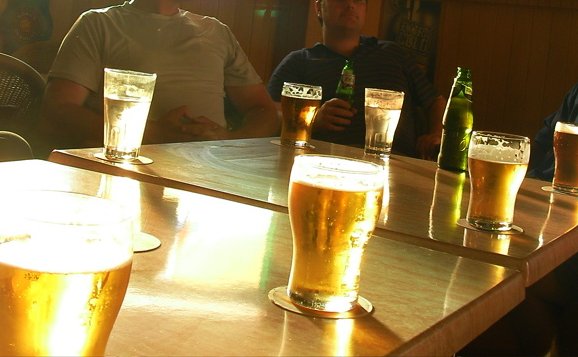 This should get many of your hearts aflutter:

The Brumbies and the Raiders may not have given the ACT much to cheer for this year, but Canberra’s beer brewers have been showing good form in the lead-up to this year’s amateur brewing championships.

Canberra Brewers Inc has received a record 210 entries for this year’s ACT championships, double last year’s entries. The Canberra competition acts as a qualifier for next month’s national championships in Adelaide, where the ACT hopes to win its third consecutive title as champion state.

More than 25 judges, many recognised by the international Beer Judging Certification Program, will judge the beers entered in one of 81 styles across 18 categories. Styles range from Czech pilsners and Australian lagers to fruit beers, German wheat beers, English bitters and Russian imperial stouts.

Judging will take place at the Wig and Pen brewery in Alinga Street, Civic, on Saturday and Sunday, September 24-25. The judges will assess each beer on its appearance, aroma, taste and overall drinkability. The top three beers from each category will qualify for the national competition in Adelaide, and the best beer from each category will be judged again for the Wig and Pen Trophy for beer of show on October 4. This beer will be brewed and sold at the Wig and Pen, a fantastic supporter of the club, and qualify for the US National Homebrew Competition, the world’s biggest brewing competition.

This allowed them to produce world-class beers from the freshest-possible ingredients, rather than brew from ready-made kits purchased at supermarkets.

The Canberra Brewers Club has more than 120 members who meet monthly to discuss brewing techniques and recipes while sampling members’ beers and offering feedback. The club boasts a supportive and social atmosphere which aims to promote quality craft beer and has helped many new to the hobby become award-winning brewers.

Sadly it won’t be open to the public, but the doors of the Wig will open from 2pm.

William Coats - 4 hours ago
I hope lots of businesses get involved. I hope it is really easy for them to take part. I assume all the small business knowl... View
Opinion 26

William Coats - 4 hours ago
Lee McDowall and he personally probably wont face the people again. It is good of the union not to strike until the week afte... View
William Coats - 4 hours ago
Nathan, The ACT is run as a union town, unless we complain nothing will be done. "fix my street" is the perfect example, why... View
chewy14 - 8 hours ago
The whole point is that developers have worn the costs of their proposals based on the current land use and policies in place... View
News 50

Anthony Briscoe - 4 hours ago
Will the Liberals ever learn. Time to leave the Territory I feel View
Oliver Raymond - 7 hours ago
On a scale of A to Z, guess where Zed comes? View
News 52

Jaala Hamilton - 4 hours ago
Loris Manns couldn’t agree more! View
Lisa Bishop - 6 hours ago
Inmates should be made to contribute to their keep. Get them outside building and planting out vegetable gardens etc View
Breaking 4

JessP - 6 hours ago
Went over Evatt, low and loud! View
Capital Retro - 10 hours ago
It would be nice to see some of air force planes over Tuggeranong some day but thanks for reporting it anyway. View
News 5

JessP - 10 hours ago
Mr Pinkas said the drivers had the support of the Canberra community. Do they? Most people haven't had a pay increase this a... View
show more show less
*Results are based on activity within last 7 days

A few weeks ago, I drove my car across Commonwealth Avenue Bridge for the first time in months. Since the...
Property 155

Of the sporting events that we no longer have in Canberra, some had a long run of many years while...
News 40

After months of construction, City Walk has been given an injection of new life with the addition of grass areas...
Food & Wine 21

Canberra Avenue has taken the dubious title of having the most motor vehicle accidents in the ACT, according to new data...
News 17

YWCA Canberra has lodged a development application for its contentious single-storey, 10-unit supportive housing project in Ainslie that has faced...

@The_RiotACT @The_RiotACT
Hot in the City: Good Brother in Dickson has found its brojo & hit its stride https://t.co/5RhiSdyq6H (49 minutes ago)

@The_RiotACT @The_RiotACT
Heritage fears for the Kingston Arts Precinct project as community feedback fails to make an impact on designs https://t.co/SxLJcBJ6LI (2 hours ago)