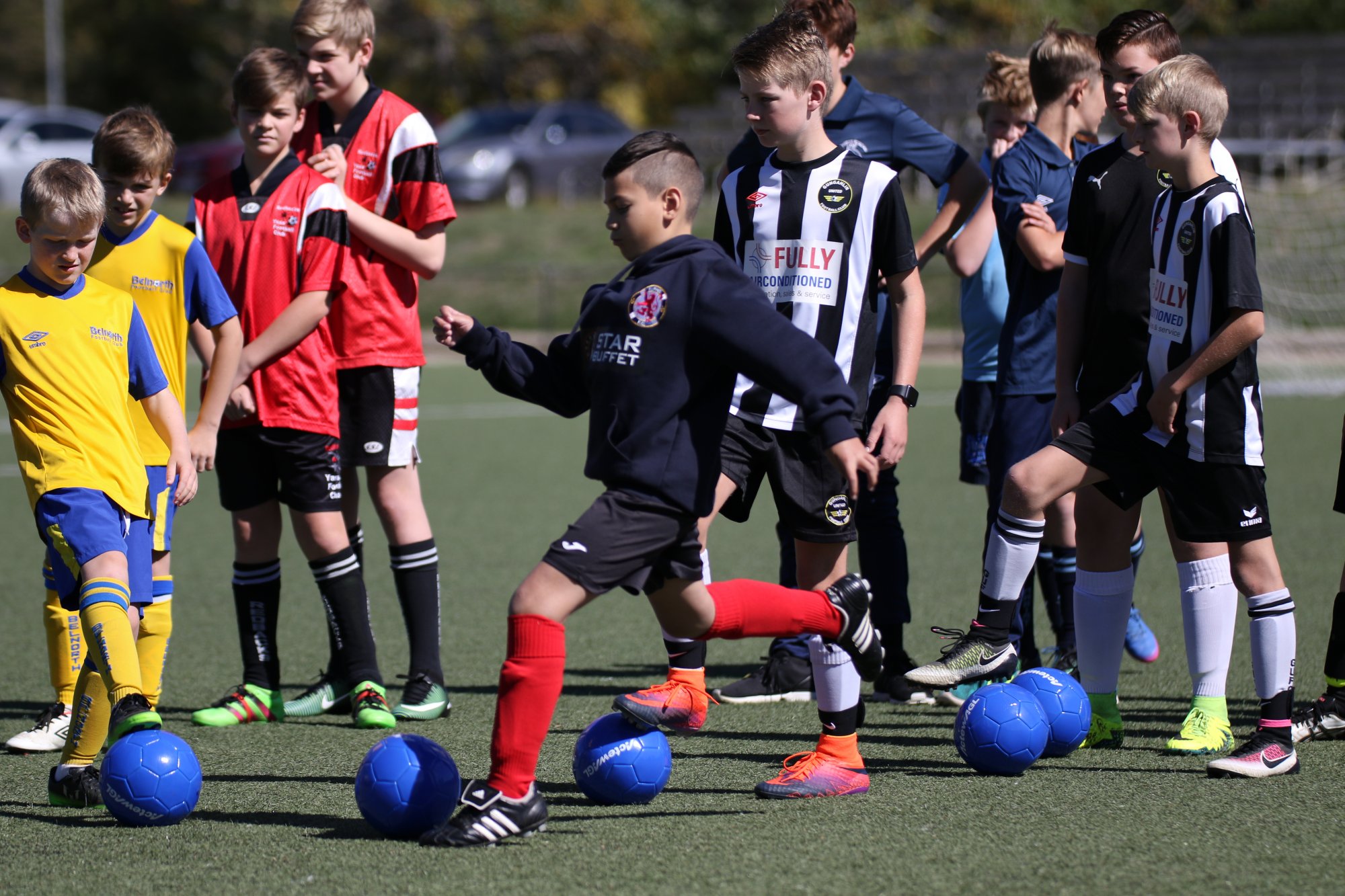 The 2017 ActewAGL Junior League season was launched at Hawker on Thursday as big registration numbers once more highlighted the popularity of football in the ACT region.

Speaking at Hawker Football Centre surrounded by a throng of Junior footballers, Capital Football CEO Phil Brown welcomed children and their families to the launch before remembering his early days as a footballer.

“Looking around at these players I remember falling in love with football as a seven-year-old, 35 years later I am still playing the game” Brown said.

“I’ve spent the best times of my life with my family and friends at football fields, met my wife through football and have been lucky enough to build a career in the game.” 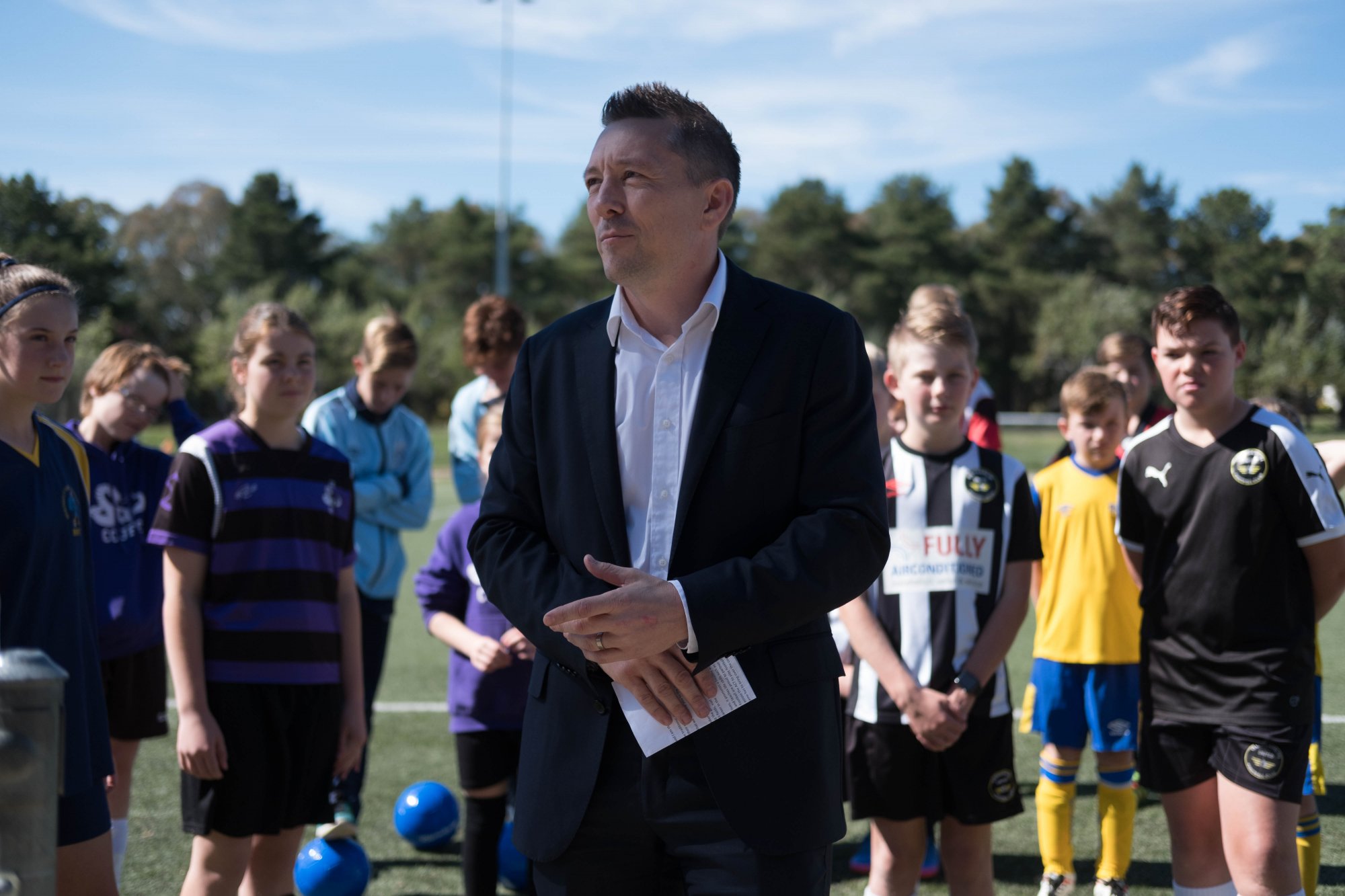 The launch comes off the back of the FFA’s announcement that registrations across the country are now ahead of the same time last year, with more than 220,000 players likely to be playing in ALDI Miniroos alone.

2016 in the ACT saw Football grow by 11%, with the majority of the growth occurring in the ActewAGL Junior League.

With over 31,000 participants here in the ACT football community and team numbers up for 2017, the sport is only growing and the recent Ausplay survey from the Australian Sports Commission revealed football to be the number one club participation sport both locally and nationally.

ActewAGL are once more on board as a sponsor for Capital Football’s Junior League competitions and stated today that the support of grassroots sports and future local champions is at the core of their sponsorship program.

Brice Smith - 21 minutes ago
Malcolm Snow is a conservative. Got nothing to do with Barr. View
Brice Smith - 22 minutes ago
Good old conservative Malcolm Snow, strikes again. That’s the type of dumbassery we get from the Libs... View
Cary Elliot Johnson - 3 hours ago
Get out. And i was feeling positive about asking Mr Gentleman about getting a Batcave Interchange developed in Lanyon. Booooo... View
ACT Election 13

Darron Marks - 2 hours ago
When the construction moves so will the priorities for Government to build new infastructure. And it would have been the same... View
ACT Election 11

Jason Preston - 4 hours ago
Buying your vote with your kids View
Jesse Mahoney - 8 hours ago
Y'all are arguing with someone who likes Pauline Hanson. I wouldn't waste your energy View
John Hartley - 8 hours ago
Labour drunk on money till there is none left then tax go up there a joke and have and will be for a long time View
Lifestyle 8

Jess Peil - 5 hours ago
This is so exciting! View
Roland De Saxe - 8 hours ago
Great idea for Eden area View
Talla Mc Bogan - 13 hours ago
happened in the otways ,, mountain bikes took the moto tracks ,, they only use a small area though ,, so plenty of moto track... View
Property 3

Scott Humphries - 10 hours ago
"Braddon of the south" . So the light industry and commercial businesses will eventually be pushed out by apartments, just as... View
Marc Edwards - 12 hours ago
And 5 minutes later the residents will all start complaining of the noise etc. Some areas should remain commercial, not every... View
Jp Romano - 15 hours ago
A great area - great building and a great developer. View
Opinion 31

Charny Barney - 16 hours ago
Are there any more policy promises they are going to back flip on? Alistair's indecision and poor decision making is not a go... View
Sue Ellen - 21 hours ago
Elroy Jones Yes. It's one of the prettiest areas of the lake. It used to be nicer before they bulldozed all the trees on the... View
ACT Election 20

Walking football – a game changer for the older generation

@The_RiotACT @The_RiotACT
Are you ready to try a new sport? Kimberly Lennard tells what it was like to try softball for the first time https://t.co/xElifKJU5D (4 hours ago)

@The_RiotACT @The_RiotACT
@CanberraAirport has pulled back from the brink and will return to a seven-day operation after the recent border reopenings brought back flights https://t.co/t2PIRlRLqt (7 hours ago)