In a year dominated by conversation about COVID-19, it was refreshing to see so many other stories that had readers commenting and engaging with each other.

Here we’ve pulled together the top 10 articles that attracted your comments during 2021.

10. In a city hungry for land, how long can the horse paddocks last? 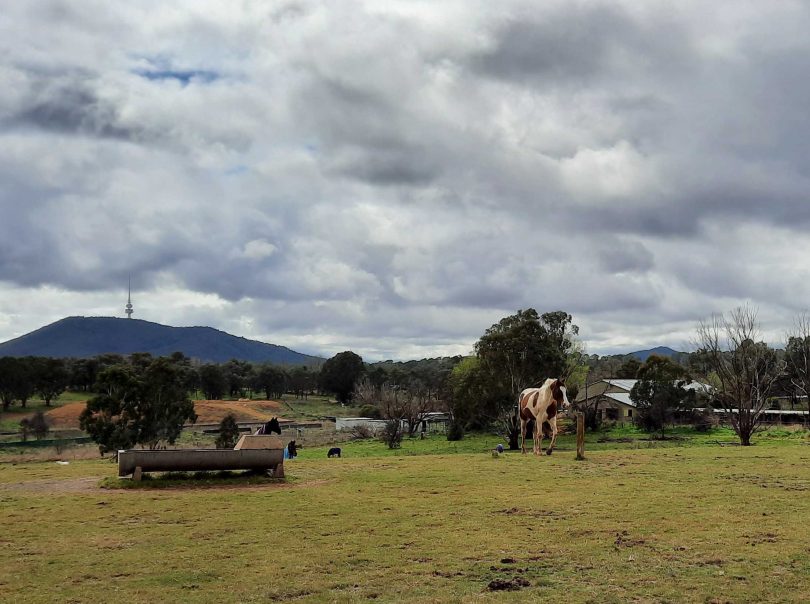 A section of the Yarralumla horse paddocks, only a short drive from Civic. Photo: Ian Bushnell.

With housing costs going through the roof, Ian Bushnell wondered how long the open spaces of Canberra’s inner city agistment paddocks could be be ignored.

He wrote that aged care provider LDK’s proposal for a $143 million residential village and care centre on the old motel site off the Cotter Road could have ramifications for the neighbouring horse paddocks.

If approved, it would mean a massive change to the rural landscape and green buffer between the inner south and Weston Creek.

9. Electoral fraud is a non-issue so why does the Coalition want voter ID laws? 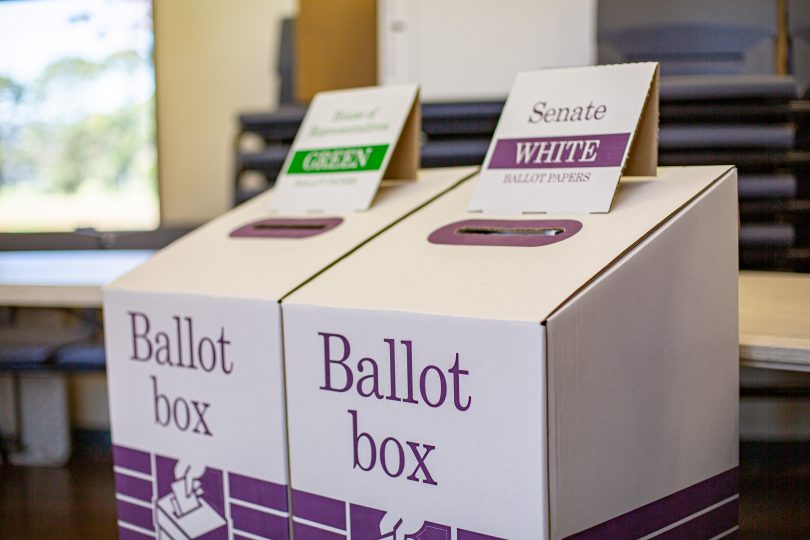 Of all the legislation that the Morrison Government has decided to prioritise, its voter identity bill is arguably the least worthy, according to Ian Bushnell.

In a country with compulsory voting, where elections, as opposed to the campaigns, are marked by an almost ritualistic and civil turnout in which fraud, in the Commonwealth Electoral Commission’s own words, is “vanishingly small”, this proposal is surely a solution looking for a problem, he said.

8. I hate to break it to you Canberra, but these aren’t Australia’s best chips 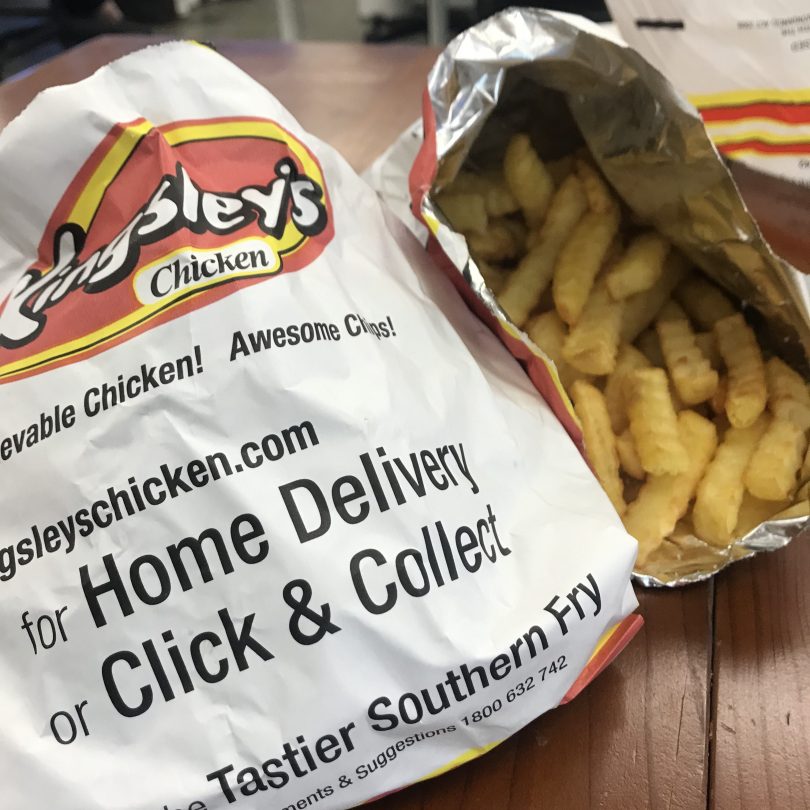 Kingsley’s chips: saturated with oil and salt, but it wasn’t all good news. Photo: Genevieve Jacobs.

A Melbournian produced a sacrilegious review of our beloved Kingsley’s Chicken’s hot chips, which were nominated as Australia’s best hot chips in the Wotif Uniquely Aussie Awards.

Is he right? Are there better? Not just in Australia, but in Canberra?

7. Seselja ‘not keen’ on restoring the Territory’s right to legislate on voluntary assisted dying 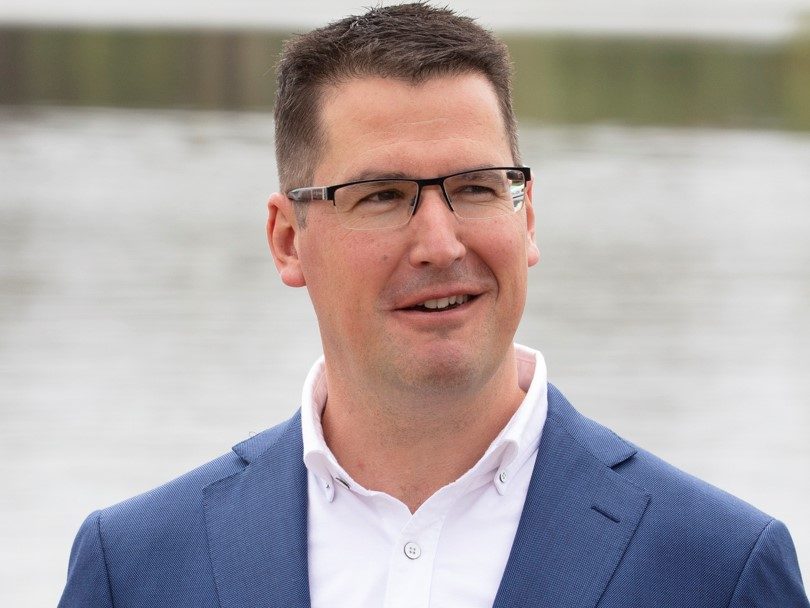 It was revealed that ACT Liberal Senator Zed Seselja was “not keen” to include the ACT in a new territory rights bill that would allow the two territories to legislate on voluntary assisted dying.

Outgoing Coalition Senator for the Northern Territory Sam McMahon announced her intention to introduce a private member’s bill that would reinstate the right to legislate on the issue. The Howard Government stripped both territories of the right under the Euthanasia Laws Act 1997. 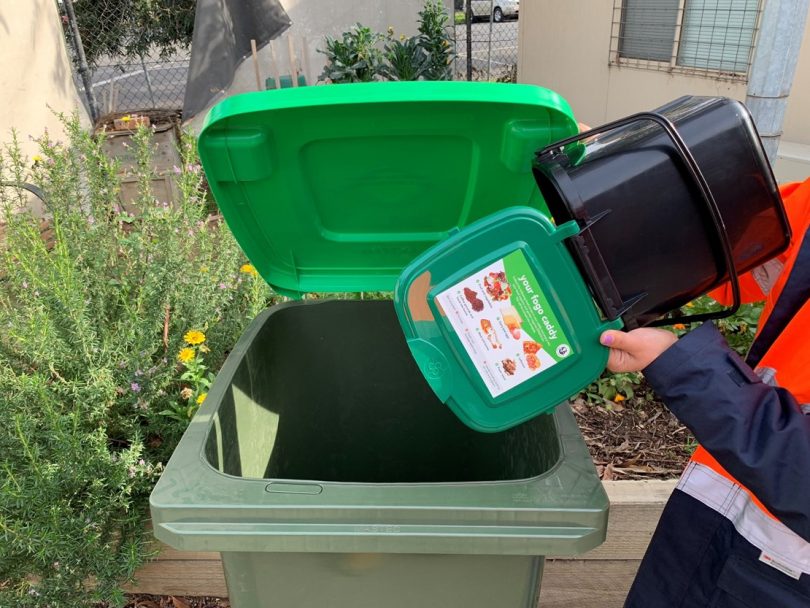 A kitchen caddy being emptied into a green bin for FOGO collection. Photo: City of Port Phillip.

A government kitchen and garden waste pick-up service was trialled in select Belconnen suburbs this year.

The pilot Food Organics and Garden Organics (FOGO) collection service was rolled out in Belconnen, Bruce, Cook and Macquarie.

The scheme is part of ACT Government plans to reduce waste going to landfill and turn household scraps into valuable compost.

5. Face masks may stay for good, even after ACT COVID mandates wind down 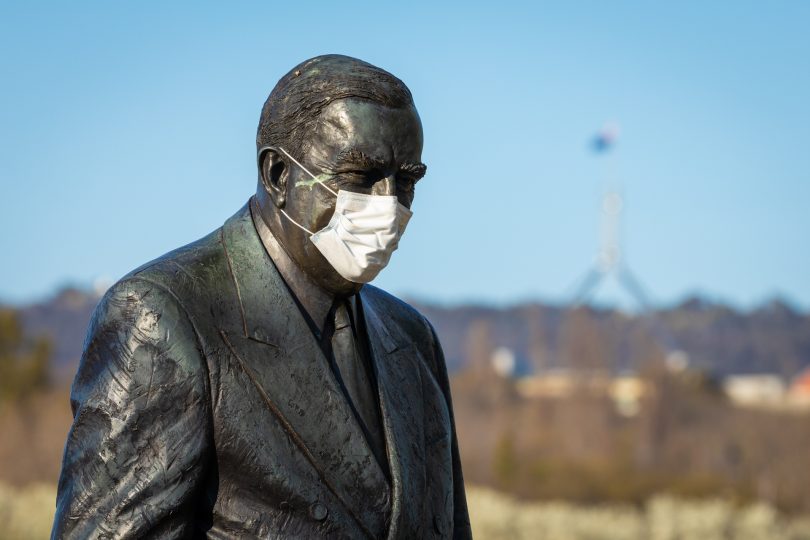 Face masks could be here to stay in Canberra. Photo: Michelle Kroll.

Facemasks may become a common feature of life in Canberra with people expected to choose to wear them long after COVID-19 public health mandates end.

They’ve been a sometimes divisive but highly visible tool in the ACT’s battle to contain the coronavirus.

Some people love them, some hate them, others simply pull their facemask on as advised by public health officials and get on with their day.

4. Is Canberra Railway Station a relic in need of a makeover, or a new site altogether? 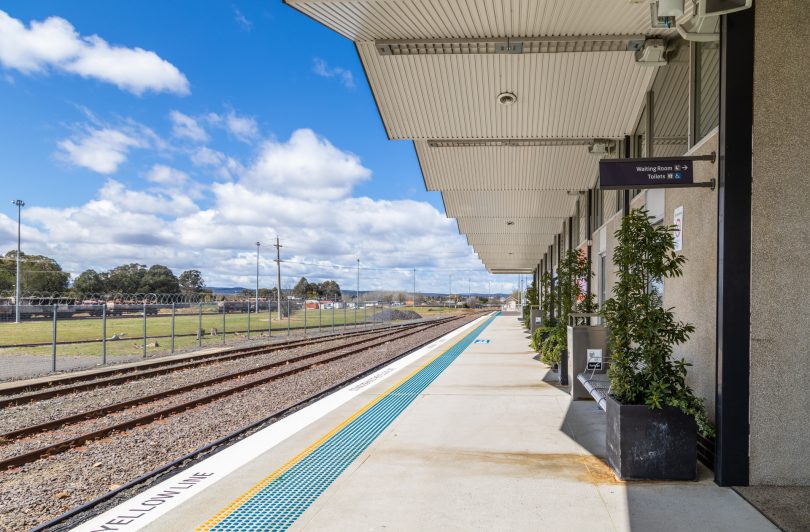 Canberra needs a new multi-modal public transport hub with connections to the Parliamentary Zone and the city and beyond to replace the ageing railway station in Kingston, the city’s public transport lobby says.

Public Transport Association of Canberra chair Ryan Hemsley said a call from the Inner South Canberra Community Service for the railway station to be upgraded or relocated to create a district transport hub, including park and ride, should restart the conversation about its future.

3. Is Canberra ready to have a crack at hosting the V8 Supercars again? 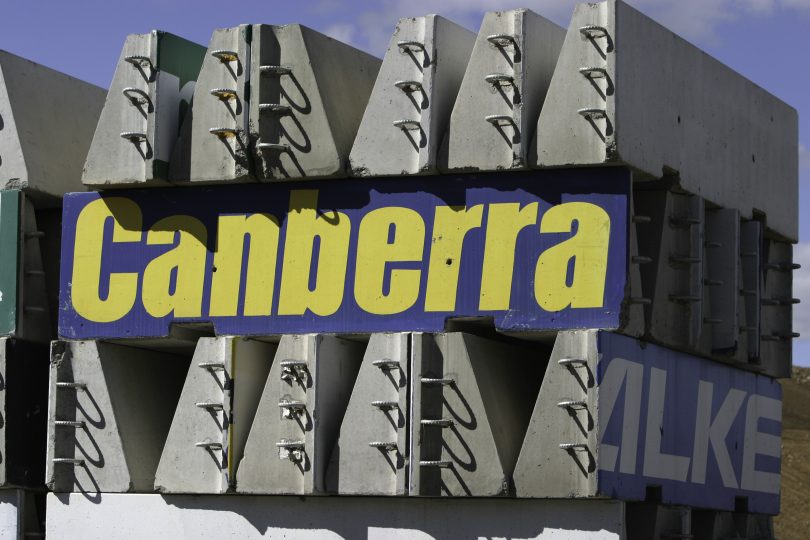 Speculation around a potential return to Canberra of the Supercars, operating in a circuit around Exhibition Park, raised the hopes of many a motorsport fan in the region.

The city hosted the V8 Supercars from 2000 to 2003 and it divided the city like no other cultural or sporting event in recent times as talkback lines ran hot. Perhaps only Skywhale was equally debated.

2. There is no way forward without changing the date of ‘Australia Day’ 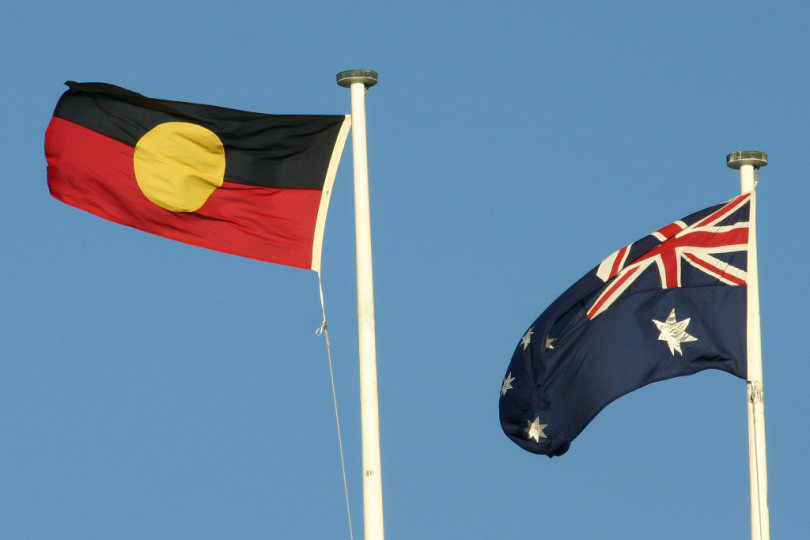 Is reconciliation being held back by our national day? Photo: File.

While some Aussies enjoy a carefree day of BBQs and beer, many have a more sombre experience of reflecting on the destruction of Indigenous culture and communities, as well as the racist undertones that Australian patriotism has been associated with both since and before the Cronulla Riots of 2005. 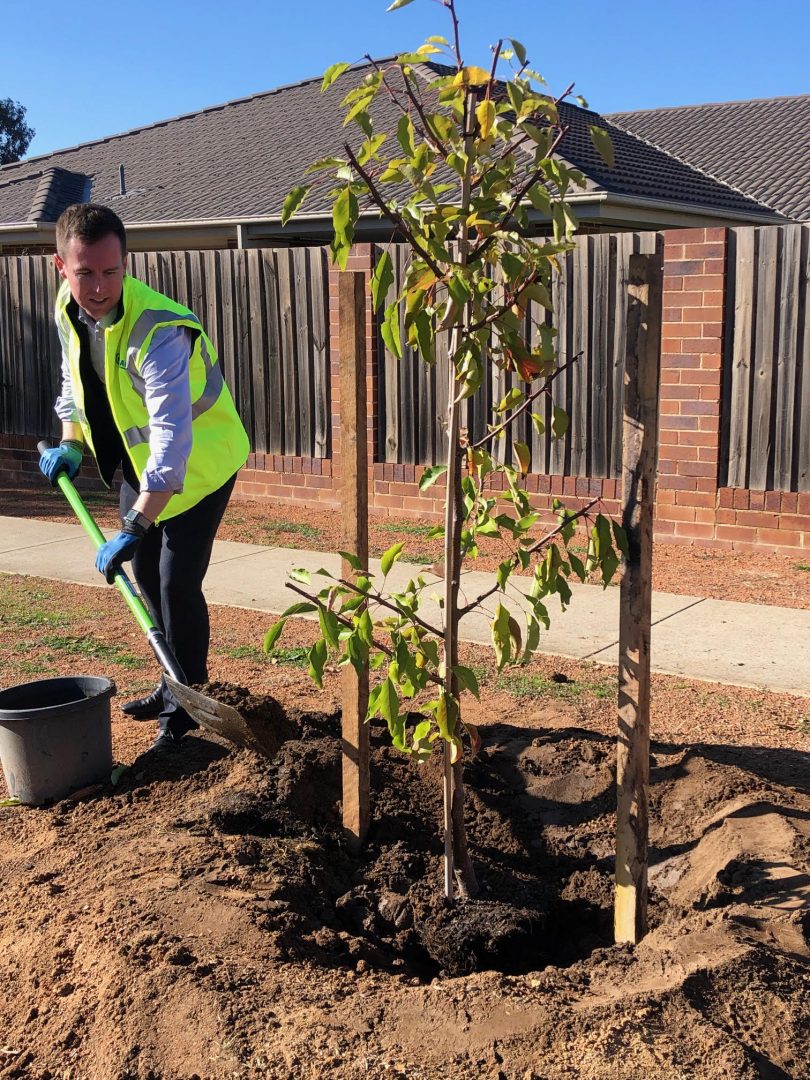 The ACT Government will spend $14 million to plant tens of thousands of new trees across Canberra by 2024.

The 2021 Budget allocation will finance the fifth large tree planting program in Canberra’s history, according to Minister for Transport and City Services Chris Steel.

All up, 54,000 trees will go into the ground as part of the government’s commitment to achieving the objectives outlined in the Urban Forest Strategy, Canberra’s Living Infrastructure Plan and the ACT Climate Change Strategy, including meeting the target of 30 per cent canopy cover by 2045, he said.

purplevh - 4 hours ago
When there is an event on at Wakefield Park what does it do for the motels and other hospitality businesses in and around Gou... View
Don Rail - 9 hours ago
What about half between Yass and Canberra? View
bikhet - 10 hours ago
In WokeWorld? Dream on. View
News 2