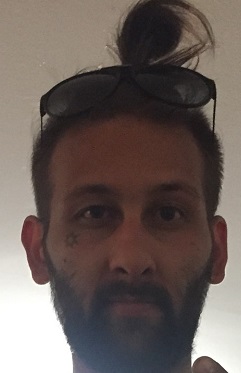 Update: Tuesday, 17 December – Jesse has been located safe and well.

The family of Jesse Elson is concerned about his wellbeing after he has been missing for just under a week.

Police say the 25-year-old was last seen in Latham between 11 and 12 December. He’s described as Caucasian in appearance, about 180 cm (5’11”) tall, with dark hair and brown eyes.

Police say it is out of character for Jesse to not make contact with his family.

Anyone who has seen Jesse or has information regarding his whereabouts is urged to contact ACT Policing on 131 444 and quote the reference number 6474002.

David Jenkins - 4 hours ago
Road rules aren't the same as licencing 🤷‍♂️. Make up your mind which you're going to have a whinge about. Given hor... View
Claudio Neumann - 9 hours ago
Jesse Pricsina I feel these vibes very strongly. also get off my lawn darn kids with their scooters View
Michael Ilsley - 9 hours ago
I love scooters, fabulous! View
News 12

Have you seen Simon Gray – FOUND