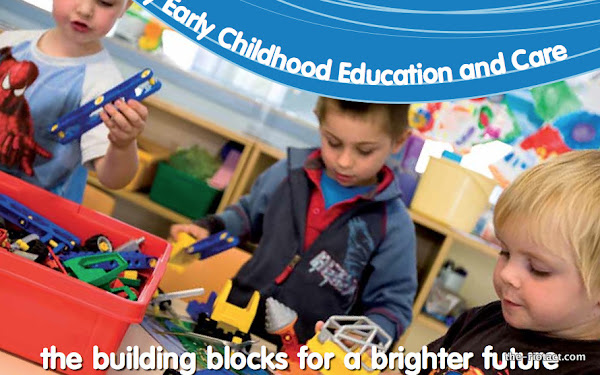 Minister for Children and Young People Joy Burch has announced a package of childcare measures and released a glossy framework documents.

The package consists of:

The 2011-12 ACT Budget will commit $42.7 through the ACT Department of Educationand Training to build Franklin Early Childhood School, which will incorporate a 120-place childcare centre as well as 300 places for preschool to year two students.

The construction of Franklin Early Childhood School will mean the ACT will have six early childhood schools providing 15 hours of free preschool, with co-located childcare and early primary school years.

The ACT Government will also invest $7.5 million to build a 125-place childcare centre at Holder which will serve families in the South of Canberra and the new population centre of Molonglo. Holder Early Childhood Centre and Franklin Early Childhood School will be tendered to community-based childcare services.

Release of Five Sites for Childcare Use

The ACT Government today announced the release of five sites for childcare use at Macarthur, Holt, McKellar, Gungahlin and Giralang. With a low childcare place vacancy rate of 11 per cent, the Government recognises that accessibility and cost of childcare in the ACT is a major issue facing families, which is why it is increasing land supply to provide more affordable childcare places.

$9 million over two years to upgrade childcare centres in community facilities to assist centres in the transition to the new national reforms and provide a better quality service and extra childcare places for families.

Stemming from the recent Children’s Services Roundtable, Minister Burch also announced the Government will introduce a new scholarship program to assist the early childhood workforce to meet the requirements of the National Quality Framework.

It takes a bit of googling as ACT Education and the ABC have removed any trace of school closures from their websites. But here is a list:

Schools listed for closure, but escaped (generally considered to be ambit claims, but the two of the primary schools would be sitting ducks next time around)
Primary Schools at: Giralang, Gilmore, Mt Rogers (in Melba)
Dickson College

was macarthur preschool closed in he 2020 school closures? I tried to find a list, but couldn’t find one.

I hope the “new” centres last longer than the one at Macarthur. It has been derelict and rat infested for over 2 years now but still proudly bears the signage “Public Education Works”. Maybe this is why 50% of Canberrans send their offspring to private schools? Maybe KC can do an encore demolition job on it?

Melissa Wells - 7 minutes ago
Ben was one of my teachers at Melba High in 2004/5. Such a genuine and caring teacher! Had no idea about this, but when is a... View
Sophie Stoddard - 4 hours ago
Taught me maths for a bit. 👌🏻👌🏻 View
Rory Wadwell - 4 hours ago
Stephen Wadwell you were very fortunate to have him as a mentor for your refereeing. View
Food & Wine 10

Kimmy Hunter - 19 minutes ago
Crystal Darmody if you live in Canberra they don’t accept you... View
News 61

Shirley Walsh - 50 minutes ago
Congratulations Ricky View
Mario Vozella - 2 hours ago
Nice work mate 👍 View
Katrina Garrety - 2 hours ago
A very big congratulations to u Rick and ofcourse Kaylie too ..u no how the saying goes ..behind every great man is an even g... View
News 7

Lori J Tas - 3 hours ago
Bet the ALP wont do anything either 😒 View
Geoff Richardson - 3 hours ago
Maybe instead of wasting half a billion taxpayer dollars on an unwanted upgrade to the war memorial, those funds could be bet... View
Dave Wilkinson - 4 hours ago
Don't we have a brand new huge national archive in Mitchell...? I worked on its construction with Kms of compactus. View
Opinion 11

HiddenDragon - 3 hours ago
So the light rail terminus (and the pretty lights in the trees) haven't done the trick with all that "activation" and "enlive... View
JC - 3 hours ago
60m a year (cost of lightrail) doesn’t go that far. Some seem to think it’s a magic pudding. View
May Mac - 4 hours ago
If the Sydney and Melbourne Buildings could be constructed in separately owned sections which created the beautiful buildings... View
Community 44

Shane McMinn - 4 hours ago
Quangers, or the Socialist Republic Of Queanbo.. View
MERC600 - 6 hours ago
Quangers has it all over Canberra these days. No graffiti , grass mowed and no rubbish floating about. The other article on t... View
Community 4

chewy14 - 6 hours ago
JS9, I agree and it's this sort of rent seeking that does a disservice to what they are trying to achieve. It's actually also... View
show more show less
*Results are based on activity within last 7 days

@The_RiotACT @The_RiotACT
Alan Tse went from a career in a heavy drinking corporate culture to co-founding a Canberra startup that provides beverage options for those who choose not to drink alcohol https://t.co/RUUOzWV8eB (1 hour ago)

@The_RiotACT @The_RiotACT
Critics say a 10-year funding crisis is coming to a head at the National Archives. An open letter to the Prime Minister pleads for help to save irreplaceable national assets https://t.co/IOZh6De8k4 (5 hours ago)