61 years in television and counting… 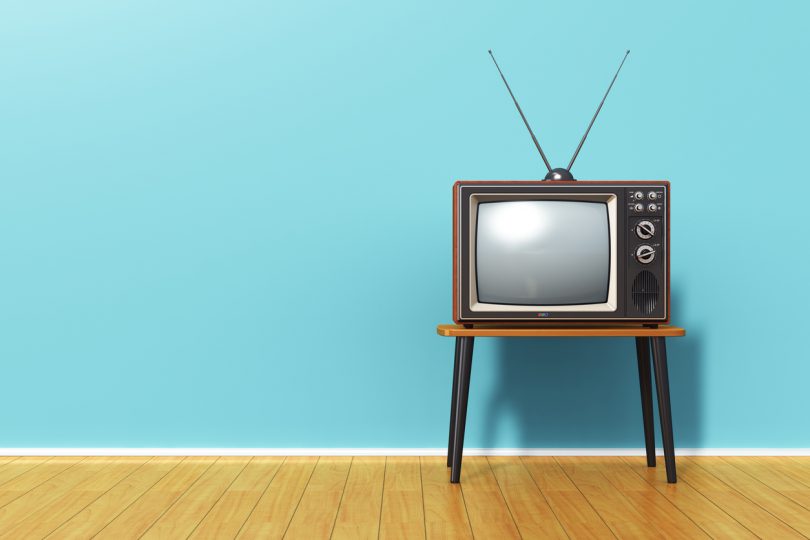 Do you remember your first television?

1957. It’s a year that many of us weren’t born or would barely remember, but for those who love their morning shows, nightly news, or Netflix binge sessions, it’s a year that made a lot of it possible.

At the time, television was a rare commodity in Australian households, even though it was already mainstream in the United States. Perry Mason, Leave it to Beaver and Wagon Train were the most popular TV series, Elvis Presley made his final appearance on The Ed Sullivan Show, a 21-year-old Julie Andrews appeared in the first TV version of Cinderella, and the Queen televised the Royals’ first Christmas message.

Down under, TV had only just become available with Channels 7, 9 and the ABC broadcasting to Sydney and Melbourne only (Canberra didn’t get a transmission until 1962). To watch TV at home, viewers had to purchase a TV license, and buying a TV was a luxury with little choice in brands and not a spec of colour to be seen.

Ash Palmer doesn’t remember 1957, but it was the year his grandfather started out in the industry selling televisions and antennas to those keen to join the television revolution – creating what is today known as Palmers TV.

Fast forward to the 1980s and Fred Palmer’s son Michael decided to join the business – moving from Wagga to Queanbeyan at a time when television was taking the Canberra region by storm.

“In the early 1980s everyone was buying new TVs and getting antennas,” says Ash. “So my Dad would go out and install them, and with the rise in popularity and the introduction of colour back then, the business really took off.”

As years passed, Ash says the family business evolved to cope with trends and tech changes, branching out from TV into data network infrastructure following the introduction of the internet, and further into the audio visual space.

“As boys, my brother and I spent a lot of time in the workshop with Dad. TV and tech systems just felt like home to us. Although there was never any expectation to take it into a third generation, we couldn’t help being drawn back to it. Both Mum and Dad worked in the business, and they were great role models in our life so we aspired to join them.”

Ash and his brother Kai have recently taken over Palmers TV after working with their Dad for almost a decade – drawing on their extensive experience in tech and networking to add home theatre, multi-room audio & video, CCTV security systems, and home automation to the mix.

“It makes you proud to have your name associated with such an established business. And we wanted to continue serving Canberra, so we looked to where people need help in the home automation and networking space now.

“For us it’s about keeping the entertainment flowing, and with home automation it’s leveraging the latest tech to make people’s lives easier. There’s so much you can do now – manage your lighting, audio, climate systems, appliances, and security from a single device, even when you’re not at home. So if I’m someone who always leaves the house not knowing if I remembered to turn something off or lock the door, I can simply check my phone and find out.”

Taking over a generational business has had its challenges though, and Ash and Kai say working with their accountant has helped them get on track.

“Our processes needed some refining, and we had to move our accounting and bookkeeping into the 21st century. Basically evaluating how we do things, what we should change, and how we can move forward as the next generation.”

“We’ve worked with them to help get the books in order, devise a strategy, and implement important changes. They want to take the business to the next level, and Ash spent some time working overseas so he is keen to bring back the best of what he learned there.

“It’s great working with them, and I look forward to seeing the business expand under the care of this next generation.”

To chat with Ash and Kai about home automation, audio and visual systems, home theatre or security systems, visit Palmers TV or call (02) 6299 1414.

To learn more about how RSM Australia works with clients across accounting and business advisory, call the RSM Canberra office on (02) 6217 0300.

Brand names that were common in the early days of Australian B&W TV were Astor, Admiral, Kriesler, Pye. I clearly remember the seductive aroma of the set warming up – sort of ozone, lacquer blend. All part of the experience (along with test patterns).

I came back from the UK in 74 and put off buying a TV licence, Eventually conscience got the better of me, and in October I think it was, bought the licence.

Less than seven days after this purchase, they cancelled the requirement to buy it.

So to answer your twitter question, yes, remember intensely!

First family TV was in late fifties and was a Stromberg-Carlson. It was as large as a small car lol. You also needed a licence for a radio back then.