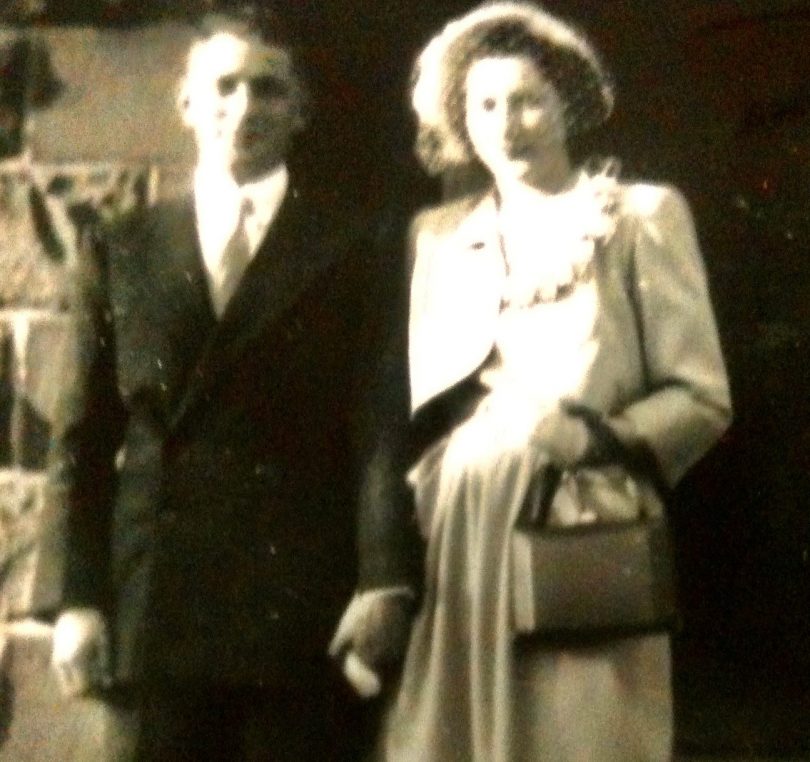 Mark and Coral Tully, of Belconnen, are celebrating 70 years of marriage. Photo: Supplied.

At 92, Mark and Coral Tully have seen plenty of changes in the world, but the one thing that has remained steadfast is their love for each other.

Disappointingly, the Tully’s family couldn’t be there to share in the celebrations due to COVID-19 restrictions, but their IRT friends and staff at the aged care centre did their best to ensure Mark and Coral enjoyed marking their platinum anniversary.

The staff made a booklet about the couple’s own love story, sang love songs from the 1950s, provided a mini wedding cake and presented a handmade card from the neighbouring retirement village craft group.

Mark and Coral’s daughter Susan Watkins, of Kaleen, was grateful for the effort and says her parents’ 70th wedding anniversary is very special.

READ ALSO Nostalgic nights at Jameson’s On the Pier

“They’re always together and do everything as a team.”

Mark and Coral first met in the early 1940s when Mark moved into a boarding house in Forbes that was run by Coral’s mother.

On the day Mark arrived, he was eating his dinner when Coral walked in – and he thought to himself ‘there’s a likely looking girl’.

After a win on the ponies, Mark asked Coral out and they went to the pictures.

The couple married in 1951 and settled on a remote farming property in south-west Riverina that belonged to Mark’s father, who drew the block in the WWII Soldier Settlement after returning from service.

READ ALSO In 2021, is marriage still a relevant institution?

Mark and Coral spent their first 18 months on the property living in a hut which had previously been used as shearer’s quarters on a sheep station.

The couple endured many difficulties and hardships as they turned their land into a productive farm to make a living.

They worked the paddocks and set up home in very trying and isolated conditions, sharing the fears and frustrations of those times as well as the fun and laughter, providing support, encouragement and comfort to each other. 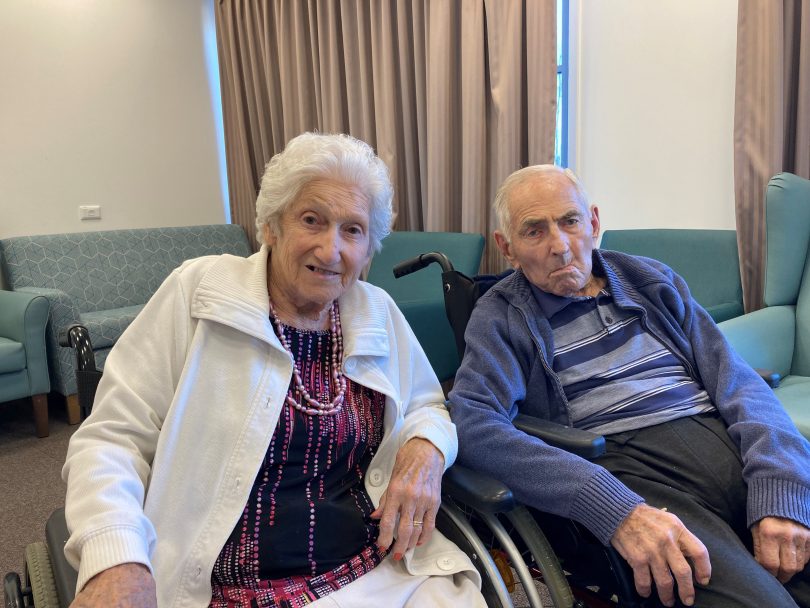 The Tullys lived on the farm for 66 years, raising three children Susan, Andrew and Ian.

Four years ago, Mark and Carol moved from their property in south-west Riverina to IRT Kangara Waters Aged Care Centre in the ACT.

“My parents are happy they are together and have a lovely relationship with the staff at IRT Kangara Waters,” Susan said.

Before COVID restrictions, Susan would visit her parents every day and often take them on outings for lunches, afternoon teas, picnics by the lake or in a park nearby and visits with family.

Congratulations on 70 years together, lovely to see you well looked after as you did for others
Ken & Pauline

Wonderful neighbours we miss you very much

70 years is a wonderful achievement beautiful neighbours an friends xx

Hi Susan how wonderful Congratulations to Mark and Coral , they were great neighbours (very caring) back at Tulla over the years Love and Best Wishes Jen&Brian

Amy – they’re famous! Nana will be asking for appearance fees next! 😜