A mother’s love: The driving force behind Brumbies Tom Ross 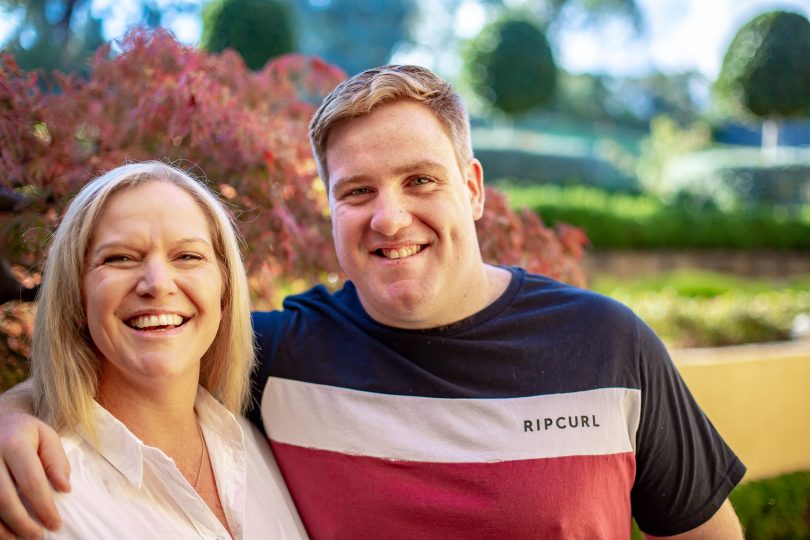 Bernie Ross has been Tom’s number one supporter since day one. Photos: George Tsotsos.

Bernie Ross is adamant one of the best decisions she ever made was making her five-year-old son wear headgear, but funnily enough, it wasn’t for his own safety.

She was more concerned for the other five-year-olds who would come off worse after being hit with a tackle from her son Tom.

“I was worried about all the other little boys that Thomas would run into,” Bernie said. “It was just in case that he bumped heads with them.”

Tom still wears it to this day, much to his mother’s delight; she is relieved her boy has retained his good looks and “doesn’t have cauliflower ears”.

The promising Brumbies prop Tom, or as his mother calls him Thomas, was always bigger than the other boys. In year seven, he was the tallest boy in the class, rising head and shoulders above the rest.

Rugby union and sport have always been around Tom so it isn’t much of a surprise that he has already made his Brumbies debut, and is fast becoming a promising candidate for a Wallabies selection in the future.

His mother Bernie played multiple sports growing up and is a school sports coordinator. His younger brother Jack is well on his way to following in his brother’s footsteps, playing for the Gungahlin Eagles. His father Damian played for Western Districts alongside Rod Kafe and Stephen Larkham.

“My dad was the same build as me but he was a centre,” Tom said with a wide grin. “I wasn’t born with his speed, unfortunately. My younger brother plays seven so we nearly cover all the positions.” 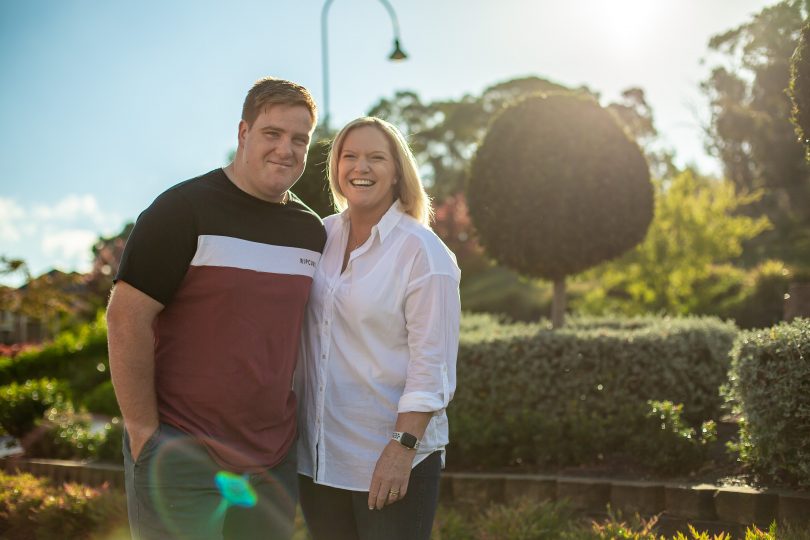 Rugby is a family event for the Rosses.

His parents are his biggest supporters, having watched nearly every single game he has ever played. They followed him to Queensland for his second ever Super Rugby match, to New Zealand for schoolboy clashes and even to France for the 2018 World Rugby Under 20 Championship.

So it was no surprise the Brumbies invited the Ross family to a special jersey presentation ahead of Tom’s Brumbies debut earlier this year.

“I love the comradery in the Brumbies,” Bernie shared. “I saw that in the jersey presentation and by how special they made him feel. The forwards also did a presentation just to Thomas.

“The boys all got around him and made him feel special. It was a very emotional time and to think from under sixes, this is all he ever wanted to do.”

Transitioning from a sports media student at the University of Canberra to a full-time position as a Brumbies squad member, Tom is still pinching himself when he realises how lucky he is to have come this far.

“I think the best part about it is that I get to call Brumbies my job,” Tom said with a laugh. “It didn’t really hit me till after pre-season. I started to realise, this is me now, this is my living.

It was also thanks to his mother that he decided to study at uni, with Bernie adamant that both of her sons had to have an alternative career option.

“When they grew up, I have always said if there was an injury, they had to have a plan b,” Bernie said. “They either had to be studying at uni or have an apprenticeship.

“It is short-lived, so after football what are you going to do?”

The Brumbies will pay tribute to the women behind the players in their Mother’s Day clash on Sunday afternoon (12 May), with specially designed jerseys to acknowledge the tireless and often thankless work mothers do to further their children’s careers – none more so than Bernie Ross.

“Mum has always been my number one supporter since day one and has been an amazing mother to my brother and me,” Tom said. “She would go above and beyond to make sure we were happy.

“She is always so positive and full of life and I feel that’s the way I want to live my life too.”

To celebrate the Mother’s Day clash on 12 May, Region Media has a double pass for one lucky mum to enjoy the ultimate Brumbies match day experience in style at the exclusive Champagne Bar.

Watch the game in the luxury of a private bar area with comfortable seating overlooking the pitch in some of the best seats in the stadium, while being served delicious food and drinks throughout the game.

To enter, simply comment on the article with your mother’s name or tag your mum on Facebook.

Entries close Wednesday, 8 May with the winner to be contacted at 10 am Thursday, 9 May.

Super Rugby Round 13
Brumbies vs Sunwolves
GIO Stadium
Kick off 4:05 pm, 12 May

Just returned home after watching an awesome game in the Champagne Bar. Thank you to RiotACT and The Brumbies for an awesome day. Loved it!!!!

for my Mum Michelle Lomas-Travers

Love your work Bernie! We’re so fortunate to have you at our school 💙💚

I have known Bernie since high school and taught Tom when he was in Year 10. I would love to watch the game with a glass of bubbles (or three!)

Would love to take mum Frances Clark to her first #Brumbies game especially in the Champagne Bar …. great way to see the game and say thanks mum!

Belinda Southern would enjoy a glass of champagne whilst watching the brumbies smash the sunwolves.

Michelle Fisher would love an afternoon at the rugby - and a few hours away from the kids.

Capital Retro - 2 hours ago
And all this "inspired" by this very disingenuous ad: https://www.youtube.com/watch?v=M_GBQhI1LsA Hello Bjorn? That's what gl... View
Brisal - 2 hours ago
99.8% of these cars will never be driven further than Yass. This car's range is perfectly fine for that. View
enjayjay - 3 hours ago
Look up the real world highway speed range of this and you’ll be properly disappointed. The polestar 2 which is same drivet... View
News 47

@The_RiotACT @The_RiotACT
All's well in this week's newsletter - plus ravens, earthquakes and a bumper Mallaluka Wines vintage. Subscribe now for all the latest news and features direct to your inbox https://t.co/DGtf49Wy4Z (55 minutes ago)