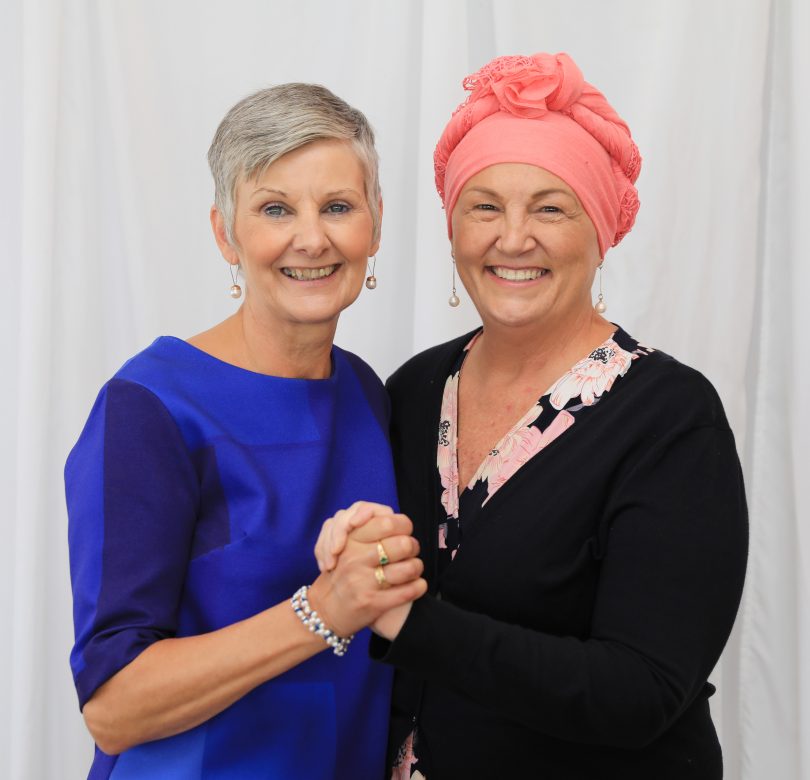 An emotional plea for mammogram reminders for ACT women under 50, and a call to help and support women around the world struggling with breast cancer, including our island neighbours, had particular resonance with a Canberra audience on International Women’s Day.

A group of Canberra businesswomen who meet regularly to offer each other support organised a lunch where Gillian Hocking, who owns Colleen’s Lingerie and Swimwear in Garran, talked about her mission to offer support, help and specialist information to women who have been through either partial or complete mastectomies.

Gillian is a breast cancer survivor herself and is aware that for many women, her story is living proof that they’ll come through a cancer diagnosis and discover “a new normal” on the other side.

“I remember a woman who had been newly diagnosed came in for a fitting. She was quite bright and cheery, so I asked why. Her reply was that she’d be OK, because she only had to look at me to know that she had hope. That brought me to tears.

“For a lot of women, I am an example of what happens after you have breast cancer. I am passionate about the cause because there is not enough information about how you live through this and what life will be like. There are not enough services to meet the need.”

That situation is even more complex for our Pacific Island neighbours, where breast care options are considerably more limited. Gillian has been visiting Fiji where she’s worked with the Fiji Cancer Society, travelling to villages where cancer sufferers must all have radical mastectomies because more complex treatment options don’t exist.

Gillian and another Australian worked with the Fiji Cancer Society to bring bras and breast fittings to rural villages, a first for many cancer survivors on the islands. Donations of both new and used bras in good condition are very welcome, and mastectomy bras are a major priority.

Gillian collects bras at her Garran shop, Colleen’s Lingerie and Swimwear. Another option is Operation Uplift, which also works with charities around the world to give women access to good quality bras and has a Canberra drop-off point.

Canberra businesswoman Belinda Barnier is also making a plea to change lives and boost awareness after her own cancer diagnosis late last year. The 57-year-old had regular mammograms and, as a former nurse who had worked in oncology, understood their importance.

“But life gets busy,” she says. “I was having a cuppa with my bestie, Jenny Blake, when she took a phone call saying her breast screening appointment needed to be re-scheduled. Jen suggested I should go for a scan, too and we booked in together.”

It was a life-changing decision: while Jenny’s screening was clear, Belinda was called back for testing that revealed a highly aggressive triple-negative cancer that is not hormone-responsive. The cancer grew 50 per cent in the two weeks before her surgery.

Belinda feels blessed that she acted quickly. She is currently undergoing chemotherapy, to which most aggressive cancers respond well, and is having genetic testing to see whether her other breast and fallopian tubes should also be removed.

She has an urgent call for education and awareness, particularly around free mammograms for women between 40 and 50. After 50, women receive regular reminders, but Belinda says women under this age are not notified despite forming 20 per cent of the cohort that will be diagnosed with breast cancer.

“We need early diagnosis for good outcomes. Women need to get the benchmark so they can measure from year to year, and there should be no excuses from 40 onwards,” she says.

“Women are so busy that they put everything ahead of their own priorities. But what’s a family without a sister, a mother, a wife, a daughter?

“It’s a gnarly time at the moment but I’m lucky,” Belinda says. “Canberra has lots of surgeons and chemotherapy options. My point is about responsiveness, awareness and compliance. Take a buddy and just get it done.”