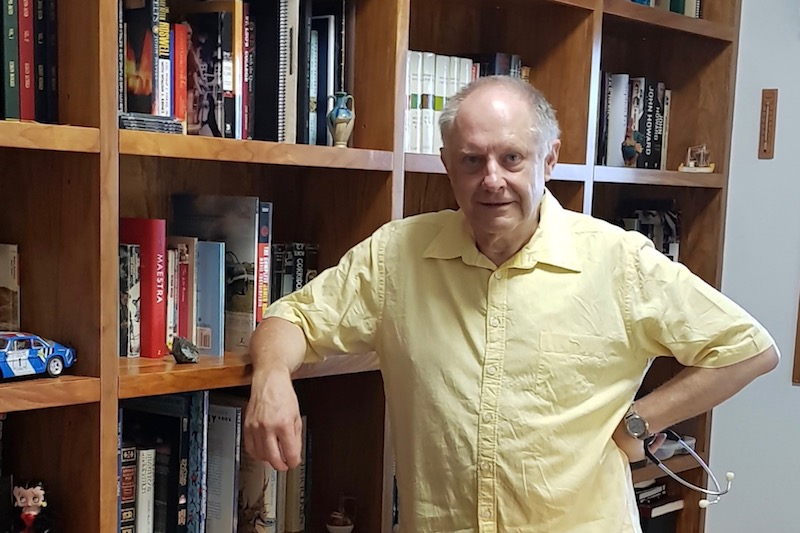 Simon Morris at home, reflecting on his time as a veterinarian and principal of Goulburn Veterinary Clinic where he served clients in town and surrounding properties. Much of his free time was spent on call for emergencies. Photos: Supplied.

Stressed, limp, with pupils like two big black saucers, Gigi could barely breathe. Not yet 12 months old, the little cat’s curiosity and sense of adventure was threatening to end her life when she was presented to Goulburn vet Simon Morris. It was 5:30 in the morning. In contrast to Gigi’s fearful, frightened owner, the experienced vet was calm and confident as he focused on saving Gigi from snake bite death, while allowing his mind to relax.

“Funny how memory works in a situation like this,” he says. “I remember my childhood out on the farm and in Dad’s laboratory in the Department of Immunology at the John Curtain School of Medical Research, Australian National University.”

A veterinarian and immunologist, Bede Morris spent much of his professional life in research. His main interests were the lymphatic system, the physiology of immunity and immunology in general. His studies allowed him to map the body’s immunological response to fighting infections, observing for the first time what had only been suspected of the processes involved. This early work led to his election, in 1969, to the Fellowship of the Australian Academy of Science and his appointment as the first Chair of Immunology at the ANU. 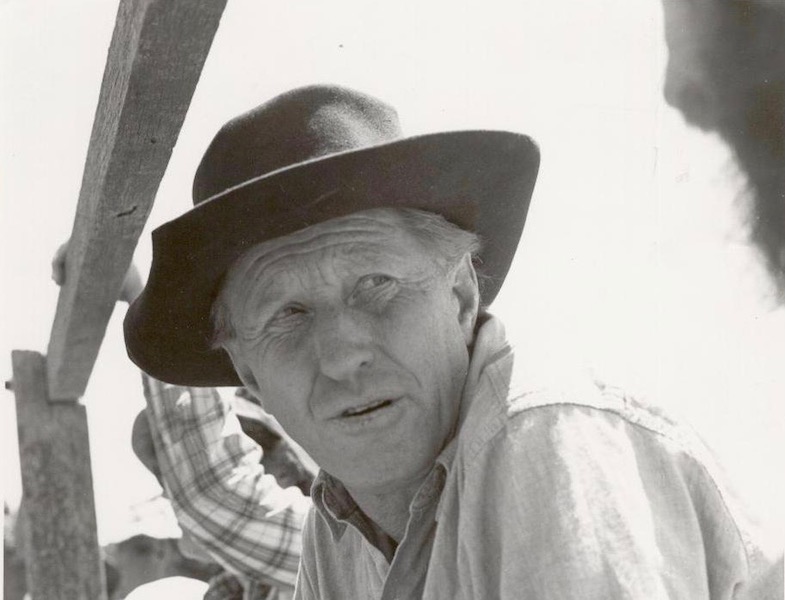 An inspirational man in numerous fields, Bede Morris was the first Chair of Immunology at the ANU.

“Life and its mysteries excited Dad,” Simon recalls. “He was pivotal in introducing the Charolais cattle into Australia through artificial insemination using imported semen from France in his foundation stock made up of Friesian heifers and cows.

“He loved all things French so therefore we lived over there while Dad was on sabbaticals. He developed his interest in wine, and his incredible cellar as a result of his French passion,” Simon says.

A drunken French driver killed Dr Morris as he and his wife Margaret were en route to Paris to receive the Ordre Nationale De La Legion D’Honneur for Australian-French scientific cooperation.

The sun has risen now as Simon stabilises Gigi. Treating patients like this often brings back the sadness of suddenly losing his father.

“In the half dozen or so years up to and including the time of his death, we were experiencing a shift in our relationship from father and son, to father and son as equals in professional standing,” he says.

“Bede Morris inspired me to become a veterinarian, and along with my mother influenced my tastes in life and where I have arrived at today. I had only just begun not to feel the lesser of the two men in a professional sense, then he was gone.” 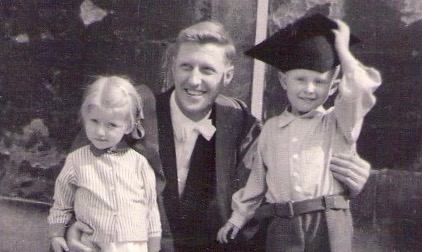 An early family photograph showing Bede Morris at Oxford where he graduated with his PhD. He is with his daughter Sally and son Simon.

“In a relatively quick period I met, then eventually married my wife Marg, sired four beautiful children, opened my own practice on Christmas Eve, 1984, and established a life inspired by Bede Morris,” he says.

Simon was twice blessed with wife’s Marg’s superb culinary endeavours and appreciation of fine wine. They built a cellar, the only air-conditioned room in the house at the time.

“And because Dad was such an eloquent speaker and gifted lecturer I endeavoured to follow in his footsteps, enjoying the local Rostrum and Toastmasters clubs,” he says. For almost 10 years he was a DJ on the local FM Radio 103.3 doing the 7 pm to midnight Sunday shift playing jazz, blues and rock.

Giving something back to his profession led him on to the ACT Veterinary Surgeons Board and the Advisory Council for The Centre For Veterinary Education in the University of Sydney. He joined forces with several veterinarians to open the Animal Emergency Centre, Canberra (now the Animal Referral Hospital) and for a time the Morris family had a small shop front clinic, ‘Animation’ in Goulburn’s main street.

“The kids grew up. Now we have grandchildren,” he says, setting up the fluid drip through Gigi’s catheter. Administering the requisite sedation, he realises Gigi is the last snake bite case he will treat as Principal of the Goulburn Veterinary Clinic.

He has sold the business. As he strokes the little cat’s head and reassures her, his optimism is tinged with melancholy. All those patients, the clients he had come to know over the last 34 years in practice, the lovely cards, produce and Christmas treats that he and his staff received, are now coming to an end. The stories, and those extraordinary nurses who backed him up are all slipping away.

Gently, he carries Gigi into a hospital cage. She is breathing easily under sedation. Placing a towel over her, a smile returns to Simon’s face.

“I will have more time with my much-neglected family and friends and whereas the veterinary profession has been my vocation, now I am going to make what time I have left in the profession my lifestyle, something my father never managed to achieve,” he says.

“Life is a special random gift not to be wasted, and as my father used to say: ‘If you want to really understand the mysteries of life, there’s no better place to start than with a veterinary degree’.”

Postscript: Simon Morris retired at the end of 2018. Gigi recovered uneventfully. She lives with the vet and Margaret surrounded by bushland from where they watch the sun set over Goulburn.

Kimberley Lloyd - 13 minutes ago
This is the story everywhere. Have you actually had a look at houses for sale at the moment. Do you have a look at the unimpr... View
SJ Killer - 7 hours ago
Luke Ashe those articles are totally non-related, different areas, different dates, different contexts, click bait, and one i... View
Kriso Hadskini - 8 hours ago
Speculators are buying property that should be for families. And if you are obscenely wealthy why would'nt you? 10% a year in... View
News 4

Jeffrey Brown - 17 hours ago
Ahhhh those were the days. Standing in the queue and watching the odd brawl of dudes trying to prove their worth. Was normal... View
Lifestyle 8

Brian Myerson - 21 hours ago
Your article does not mention that every person in Canberra should be extremely proud that almost every year they achieve one... View
show more show less
*Results are based on activity within last 7 days

@The_RiotACT @The_RiotACT
Canberra's Aspen Medical is managing the complex quarantine project for over 1000 players and support staff at the Australian Open https://t.co/2g9k9PDi8r (12 hours ago)