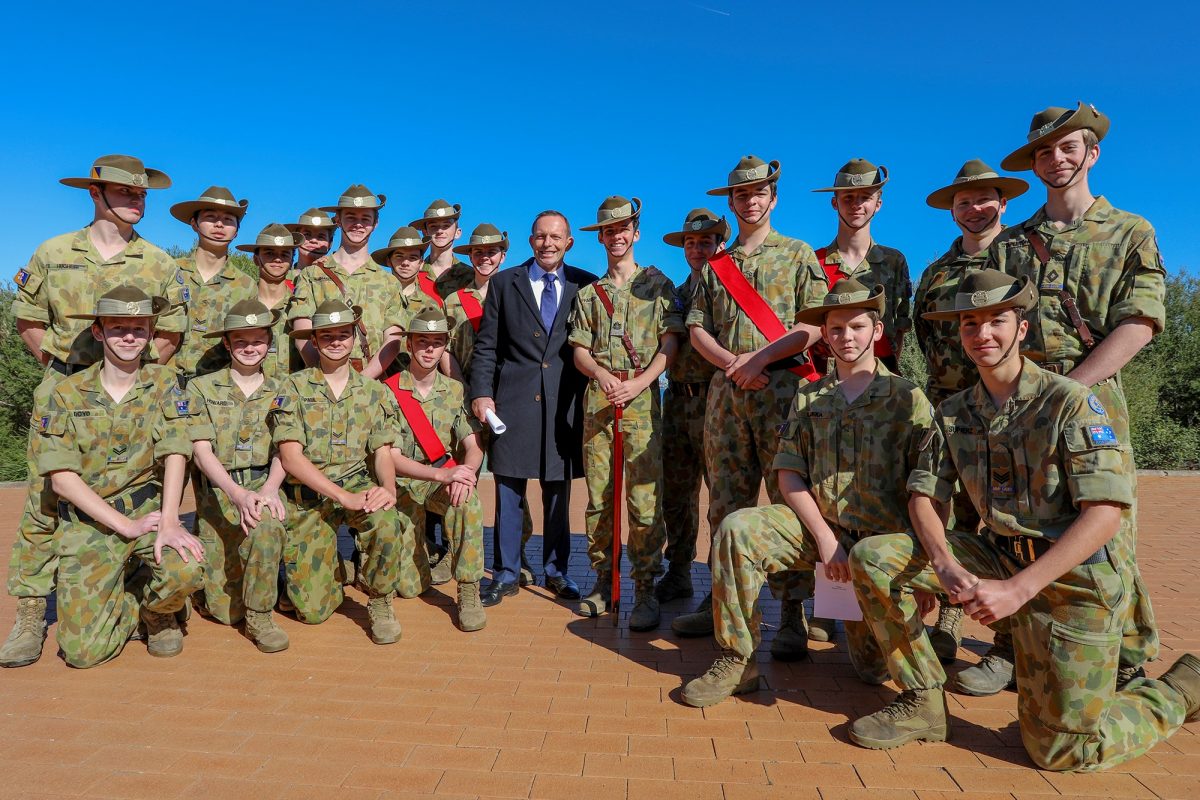 The reappointment of former Liberal prime minister Tony Abbott to the Australian War Memorial Council has been criticised as a lost opportunity for renewal at the national institution.

Heritage Guardians member and Honest History editor David Stephens, who has been a key part of the opposition to the now $550 million Memorial redevelopment, said the Council was unrepresentative of the broad Australian community, with a dominance of people with a military background and high number with Coalition connections.

Dr Stephens said the Council was desperately in need of fresh blood.

Dr Stephens said nine out of the 13 members had a military background, or 11 if you add Brendan Nelson as chair, a former Defence Minister, and Mr Abbott, who once lamented never having been a soldier.

He said the Grattan Institute recently described the Council as the most ‘blue’ for most Coalition connections of 19 Australian Government institutions it examined.

“This is a lost opportunity to start renewing the membership of the War Memorial Council,” he said.

“The Council has not included a trained historian since 2004, and yet it is one of the most important institutions dedicated to telling our nation’s story.”

There won’t be another opportunity to put a new face on the Council until early 2024 when the next vacancy is scheduled.

Mr Keogh underlined Labor’s support for the Memorial redevelopment in his announcement.

“Mr Abbott has served as a member of the Council since 2019 and his reappointment will provide the Council experience and stability during a seminal period,” he said.

“Tony’s experience is well known and his dedication and passion for serving our nation is undisputed. Tony has always been an advocate for our nation’s veterans.”

As Prime Minister, Mr Abbott led Australia’s commemorations of the Centenary of ANZAC 2014-18 and the case to build the Sir John Monash Centre in Villers-Bretonneux, France, to honour the some 46,000 Australians who lost their lives on the Western Front in the First World War.

“I look forward to following the progress of the Australian War Memorial’s redevelopment in the coming years closely and trust Mr Abbott will play an integral role in it,” Mr Keogh said.

Mr Stephens had written to Mr Keogh urging him to refresh the Council’s membership, noting, in particular, the need for historians.

He noted that the previous government had reappointed two members – Sharon Bown and Daniel Keighran VC – during the caretaker period.

“This was clearly a breach of the spirit of the caretaker arrangements but cannot be undone now,” he wrote.

“I make no comment on the credentials of the two members but note that their reappointments deprived the new government of the opportunity to make its own early appointments.”

Mr Stephens wrote that by 2024 four would have been members of the Council for between six and nine years.

“That alone is surely grounds for refreshing the Council’s membership,” he said.

The Grattan Institute called for an overhaul of public appointments, arguing that a growing “jobs for mates” culture was undermining democracy.

The AWM is first and foremost a story telling institution. There are so many folks who would be better council members than Tony Abbott. The AWM is a house of history and remembrance and while ex military should be on the council, their membership should be balanced by having historians, archivists, media and literary figures on the council as well. Politicians should NOT be on the council.