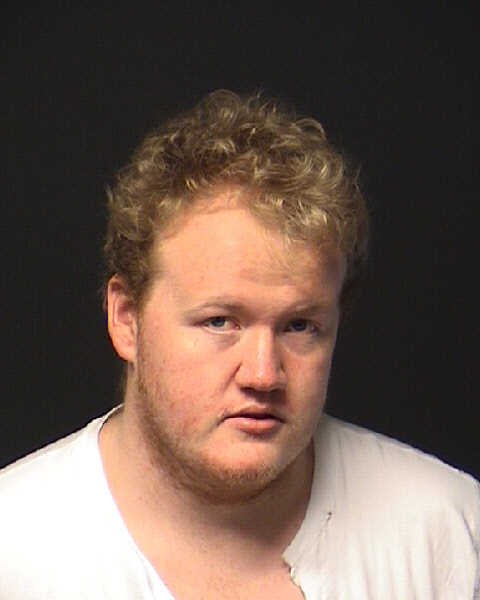 Police were alerted at 5.40am this morning (14 December) to an alleged abduction of a nine-week old baby by his father from a house in O’Malley.

Garry Gordon is 25-years-old and described as 6’4” tall (193cm), 140kg, short curly red hair, wearing a dark coloured hoody. He may be driving a 1993 grey Ford Falcon Sedan YEB47J with a possible intent to leave the ACT.

Police hold grave concerns for the welfare of the baby and are asking for Gary to come forward to police.

If you see Garry, DO NOT APPROACH, but call police immediately on 131 444.

Hang on – a baby is removed at 5.40 am, by the parent that is not looking after it at the time, the police are called, it is still not located, and it’s a “welfare check” and not an abduction? What constitutes an abduction then? Or should be interpret this as some ham-fisted public revisionism, part of police negotiations with this person?

UPDATE – Police are continuing to investigate the removal of a seven week old baby at 5.40am this morning (14 December) by his father in O’Malley. Police do not believe this to be an abduction any longer, it is now viewed as a check welfare.

The baby was not in the care of his father at the time but being cared for by relatives. The removal of the child is out of character for the father, Garry Gordon, and police hold concerns for the welfare of the father and the baby. Police need to speak to Garry urgently to check on his welfare and that of his child. Garry is urged to contact police at the earliest opportunity.

Superintendent Brett Kidner stated “The safety of the baby is our first priority. Garry, we urge you to contact us as soon as you can so that we know you and your baby are alright.”

The father, Garry Gordon, is 25-years-old and described as 6’4” tall (193cm), 140kg, short curly red hair, wearing a dark coloured hoody. He may be driving a 1993 grey Ford Falcon Sedan YEB47J or a white Mitsubishi Magna Solara 2001 ACT plates YBR67P with a possible intent to leave the ACT.

If you see Garry Gordon or the vehicle please contact police on 131444.

James Manukich - 2 hours ago
Well Done 👌👌👌👌👌 View
Gary Hatcliffe - 4 hours ago
Wacky-doo! View
Nassim Rezakhani - 5 hours ago
Congratulations Jason!! One of the best agents around!! Thank you for the amazing auctions you’ve done for us in the past!... View
Sport 11

Kim F - 9 hours ago
This is another example of the Police asking for asssitance ages after the event. Bizarre ! View
franky22 - 14 hours ago
ACT Policing are a joke and hopelessly inefficient. This request for public assistance should have been made within days of t... View
News 7

Kim F - 9 hours ago
Elizabeth Lee? A step in the right direction! Giulia ? You have got to be kidding me !... View
thebscaller - 10 hours ago
I agree Guilia Jones is not an appropriate deputy, she doesn’t pay her fines for her reckless driving and has done nothing... View
thebscaller - 10 hours ago
Thank god it’s not mark Parton, his a buffoon. No doubt he thought he was a shoe in but obviously those in his own party ar... View
Property 40

A Nonny Mouse - 11 hours ago
There are EV charging systems that vary the charge rates to vehicles to avoid overloading a limited supply. These systems can... View
Capital Retro - 1 day ago
One comment on this thread was the Australian Electric Vehicle Associate has given advice to the ACT govt. on its policy that... View
Heavs - 1 day ago
Five superfluous words in that last sentence. View
News 1

@The_RiotACT @The_RiotACT
In another boost for online learning, a pioneering digital classroom will draw on the vast resources of the National Museum of Australia https://t.co/l0FX9i9fTL (3 hours ago)

@The_RiotACT @The_RiotACT
Blackbird is a subterranean den in the Sydney Building that'll transport you to speakeasies and into the light of a dark black night https://t.co/qvGGsfI2Zs (5 hours ago)