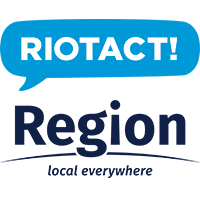 RiotACT is part of Region Group.

Conversations about life in Canberra and the surrounding region live here on RiotACT.

Locally owned and operated, and with a growing and passionate team, RiotACT is home to engaging independent articles, images, and video journalism as well as thoughtful analysis from a team of real-world, respected contributors.

Our readers are part of the conversation, these people (perhaps that’s you!) are active participants, regularly submitting posts and comments – a lively comment stream here on the website and on our social media platforms is guaranteed.

RiotACT was established in late 2000 as a place for local news, opinion and analysis, and over 57,000 articles+ have been published to date, generating over 700,000+ on-site comments, and over 659,000+ published comments from social media.

That spirit lives on as we grow and broaden our audience and content.

Region Group has a growing audience of 510,000+ unique monthly website visitors from Canberra and the surrounding region. 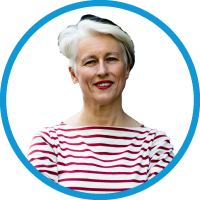 Genevieve Jacobs is the Group Editor for Region Media, Australia’s fastest-growing digital news platform. Her long career as a regional journalist includes more than a decade broadcasting with ABC Canberra, encompassing a passion for telling the stories of our community from a deeply local perspective.

She sits on the boards of the Cultural Facilities Corporation, the National Folk Festival and Canberra International Music Festival, and the ANU School of Music Advisory Board. She is a director of the Conflict Resolution Service and the Australian Centre for Christianity and Culture.

Genevieve has an enduring interest in building and strengthening community engagement, and a strong belief in the importance of public interest journalism. And she still loves nothing better than a good yarn. Read more of her story here. 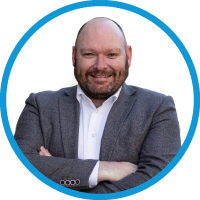 Canberra-born tech entrepreneur Tim White was one of the driving forces behind real estate platform Allhomes.

Allhomes was acquired by Fairfax Media in 2014 for $50 million.

Inspired by his young family, Tim is a passionate advocate for life in the capital. Read more of his story here. 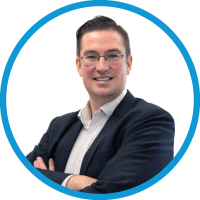 Michael founded one of Australia’s largest cloud service providers, UberGlobal, in his Rivett bedroom when he was just 14. By the time Michael was 27, UberGlobal’s customer base had reached 130,000+. Melbourne IT acquired the business for $15.5 million in April 2015.

Michael was also the Chairman of Crucial Cloud Hosting, which was acquired by Digital Pacific for $6.5 million in June 2015.

There is much more to Michael’s story, check it out here. 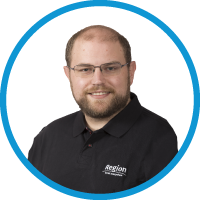 Ian has played a senior role in a series of successful high-growth technology businesses including Senior Platform Engineer at UberGlobal and Platform Developer at MelbourneIT.

Ian contributes his technical expertise and mentorship to a number of businesses in the Canberra start-up community.

To learn more about Ian’s story, check it out here. 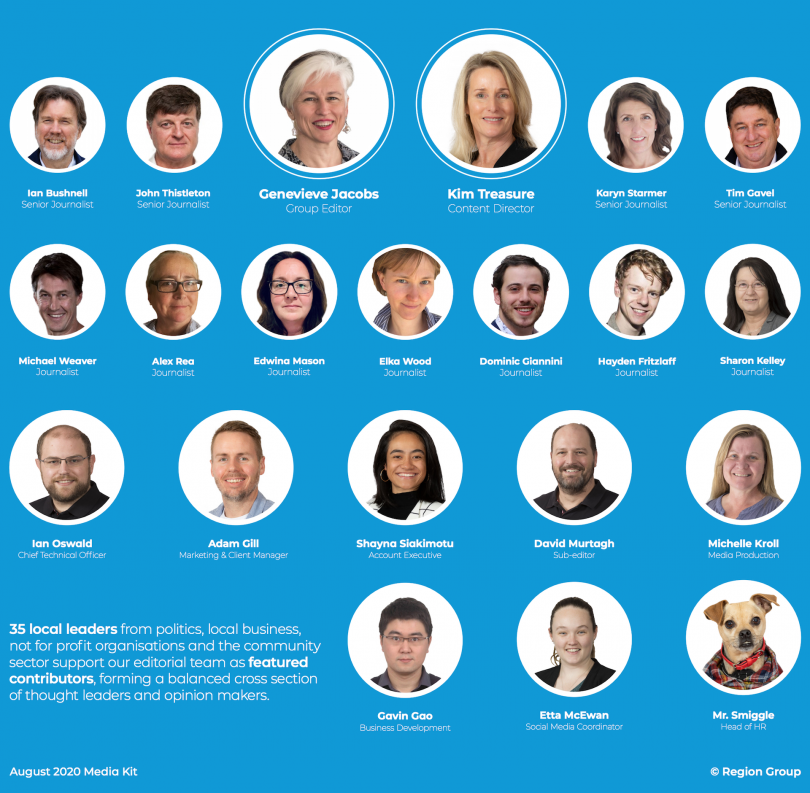 Our full-time team is supported by an increasing diversity of regular contributors.

This depth of talent adds a dynamic to our coverage of Canberra and the surrounding region that is unique and insightful.

Beverley Bennington - 12 minutes ago
Giles, did you know? View
Noeleen Nelly Andrews - 20 minutes ago
Michelle Kelly we will have to lock those dates in... View
Glen Alanne - 34 minutes ago
Blake Symes I thought you’d never ask View
Food & Wine 53

Jacqui Corbett - 37 minutes ago
I agree Tom it will be interesting to see how he goes. Not an i easy job View
Ursula Gamal - 11 hours ago
Good luck! Too many over inflated and stubborn clinicians who dabble in administration and have no clue whatsoever on how to... View
Allen Jones - 12 hours ago
Good luck, Dr Nick there are a lot of bad Apples there. View
News 25

Murray Donald Lawton - 8 hours ago
Bill Gemmell you should invest in one, I'll put you into my boat guy View
Bill Gemmell - 8 hours ago
Maybe my trip over Coppin's Crossing to belco bunnings won't be possible without a flood boat View
Thomas Wiggins - 11 hours ago
Its going to be a rough day of open homes haha View
News 3

Kingsley Grall - 9 hours ago
Zed grade politician View
Carol Gainey - 11 hours ago
Hopefully Labor or the Greens will get rid of the Zed, who has done nothing for the ACT ever. View
Opinion 19

bj_ACT - 10 hours ago
Just something to be aware of. having investigated and worked on some of this property data previously. Some sales reported a... View
bd84 - 11 hours ago
On the one hand the Barr Government is requiring 15 to 25 percent of new developments to be affordable housing, but on the ot... View
ACT Election 37

Matt Calder - 10 hours ago
No, politics is about compromise and serving your community regardless of whether you are in Government. That's why you were... View
Community 11

Henry Kivimaki - 11 hours ago
No. Canberra has a ideological noose around her neck. Ill stick with truth and principles than pander to the rabid zeitgiest.... View
News 96

Kosher Ayatollah - 11 hours ago
The excess proliferation of single use-plastic corflutes has a direct correlation to the fact that the ACT has Robson Rotatio... View
News 4

Sean Bishop - 11 hours ago
With more and more trucks on the road, its cheaper to send via rail in bulk.. unfortunately the infrastructure has been forgo... View
show more show less
*Results are based on activity within last 7 days

A government speed detection van on Canberra Avenue has been shot at in an apparent drive-by attack, police said. An...
Food & Wine 53

Make no mistake, the ACT election result is a disaster for the Canberra Liberals, and one that has to be...
News 96

Make no mistake, the ACT election result is a disaster for the Canberra Liberals, and one that has to be...
Food & Wine 53

Former Liberal Chief Minister Kate Carnell, who formed government in 1995 and again in 1998, says that it's time for...
News 25

@The_RiotACT @The_RiotACT
Labor's Gordon Ramsay has lost in Ginninderra, and the Greens' Johnathan Davis has won in Brindabella, giving Labor 10 seats, the Liberals nine and the Greens six in the new Assembly https://t.co/LIGYqef8jm (12 minutes ago)

@The_RiotACT @The_RiotACT
Just 15 minutes from CBR is an extraordinary country residence that offers a retreat from the city & a connection with nature https://t.co/kwoLvXO8uk (57 minutes ago)

@The_RiotACT @The_RiotACT
Lit Windows gives viewers the opportunity to peek into somebody else's life by viewing artworks through the windows of a suburban home https://t.co/hU9ZhJANY4 (10 hours ago)