ACT abalone offenders among those in hot water 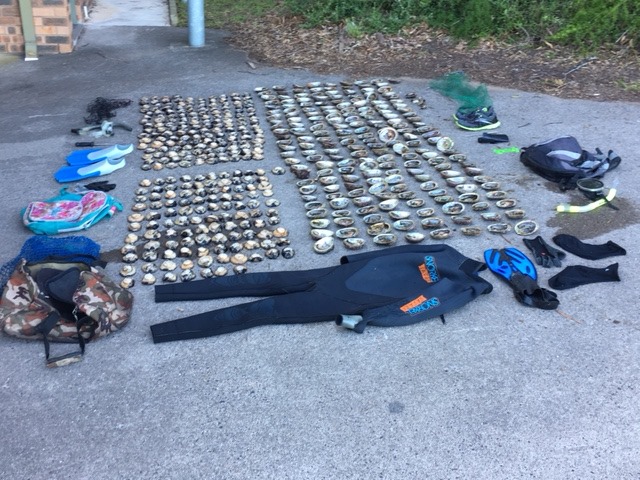 Abalone and dive gear that was recovered by NSW Fisheries on the Far South Coast. Photo: NSW Department of Primary Industries – Fisheries.

Three ACT men are among those who have found themselves in hot water for illegal abalone activity on the NSW South Coast.

Narooma Local Court has now finalised a NSW Fisheries prosecution from Aragunnu – south of Bermagui – with heavy fines and a correction order put in place.

The court proceedings followed the arrest of two South Coast men by NSW Fisheries officers after they were found to be in possession of 262 shucked abalone at the Aragunnu campground within Mimosa Rocks National Park.

The men were sentenced on 11 March and 15 July, 2021. One man pleaded not guilty to the offence, but was later found guilty by the court. The second man pleaded guilty.

The cumulative total of penalties included 16 months’ imprisonment, to be served by way of intensive correction orders, plus $12,250 in fines, additional monetary penalties, and costs.

These penalties related to charges for abalone trafficking and possession of shucked abalone.

On 13 July, 2021, in Bega Local Court, three men from the ACT pleaded guilty to joint possession of 95 abalone, 87 of which were of prohibited size.

The men were apprehended by NSW Fisheries officers at Baronda Headland – known locally as Cowdroys – within Mimosa Rocks National Park, near Tathra. 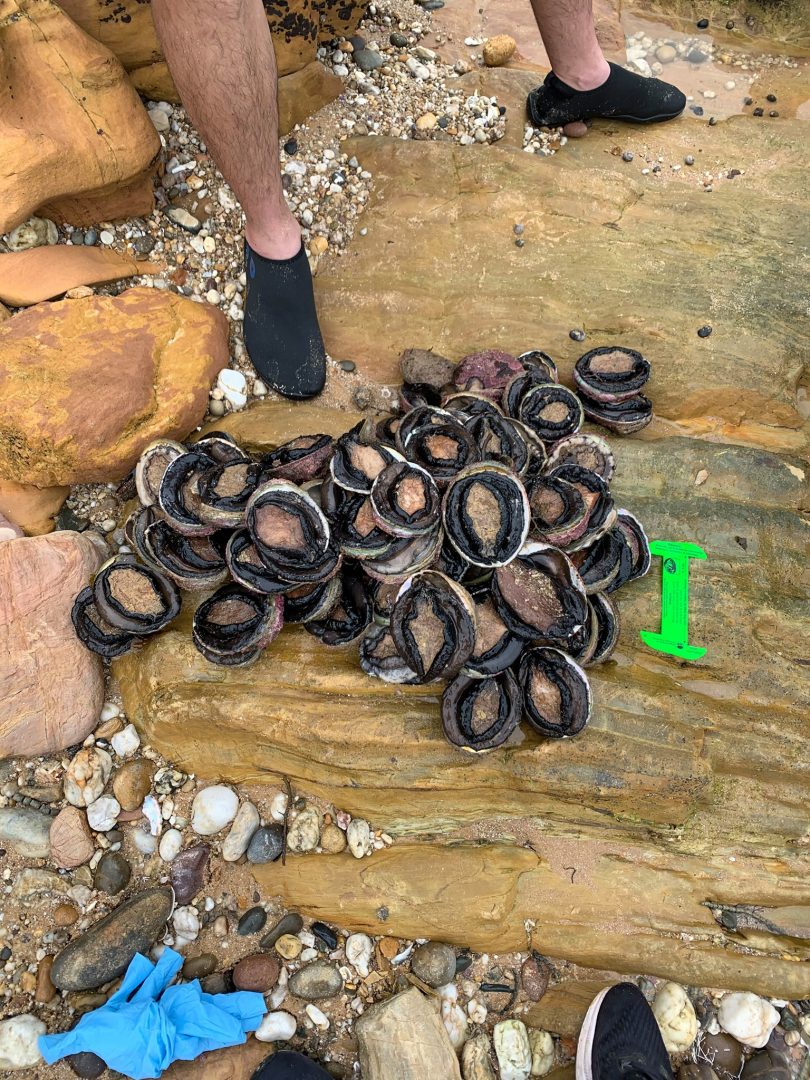 They also lost their dive equipment, which was seized by NSW Fisheries for each matter and forfeited.

The maximum penalties for abalone theft include fines of up to $88,000, and terms of imprisonment up to 10 years for abalone trafficking.

Rewards of up to $1000 are available for information that leads to a conviction of abalone thieves. Information can be reported to Fishers Watch on 1800 043 536, or via this online form.