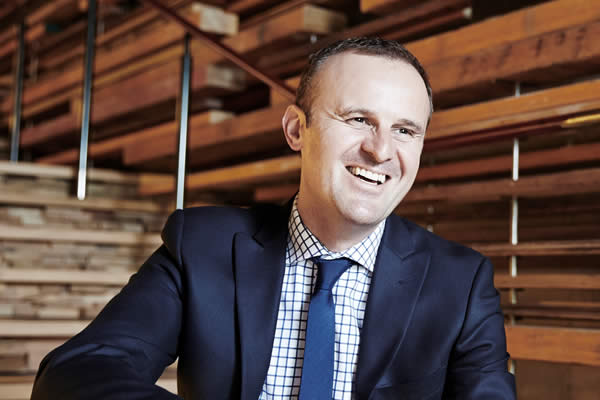 With a predicted deficit of $407 million, Andrew Barr’s first budget as both Chief Minister and Treasurer is a modest one.

In light of what Minister Barr has described as “savage” cuts from the Commonwealth, the 2015-16 ACT budget handed down today focuses on infrastructure, creating jobs and maintaining Canberra’s title as world’s most liveable city.

This year’s massive deficit is largely a result of cuts to the ACT’s share of the GST to the tune of $137 million in 2015-16, reductions in Commonwealth funding for health and the massive debt incurred by the ACT Government to address the Mr Fluffy legacy – though a surplus of $50 million is expected by 2018.

This budget shows an increased reliance on rates and land taxes, with revenue increasing 60 per cent in four years. Rates will increase by an average of nine per cent for both commercial and residential households, while the government will apply a five per cent annual indexation to the fixed charge component of land tax from 2015-16.

The cost of car parking in the city, vehicle registrations and the Fire and Emergency Services Levy will also increase, while the first home owners grant will be reduced from $12,500 to $7000.

For the first time, the ACT Government will introduce paid parking after hours at government-owned car parks in Civic both at night and on the weekends.

The bulk of budget spending is in health (31 per cent of total spending) and in education (24 per cent). There will be more services for mental health, end of life care, community, outpatient and primary care, and more elective surgeries and procedures.

There will also be expanded hospital services, more hospital beds, increased services for women and children and investment in specialist drug treatment services.

In education, the budget provides funding for the new Coombs Primary School, a refurbishment for Belconnen High and a new Canberra Institute of Technology campus in Tuggeranong.

$160 million has also been allocated for replacing 352 public housing units across Canberra.

The full budget papers can be viewed here. What would you have liked to have seen in the 2015-16 ACT budget?

It would be great if I could see some upgrades or maintenance of government delivered services in my suburb- Giralang.

Canberra Times arcticle shows ANOTHER rates increase in Giralang of around 10%. I expect nothing in return…….

There have been NO new tree plantings in Giralang within the last 10 years.
When other areas of Canberra got new bus shelters, our lot included a USED shelter that was installed complete with BROKEN GLASS and other vandalism.
The only local payphone has been pulled out- yes payphones do have a use/ value.
The area at the top of the ridge has never been cleaned and includes a dumped engine block that has been in place for 8 years.
The shops situation is a joke brought on by developers greed, nearby supermarket chains greed, government miss management and insufficient resourced courts.

The ACT government continues to ignore legitimate complaints whilst increasing costs. Its like word has come from on high that Giralang was a pain in the ass when we saved the school from that crap 2020 plan and now we get nothing.
What a Barr-stard!

Great to see health and education being prioritised, as they should be.

I’d like to see some money spent on revitalising some of the local suburban shopping centres that have been neglected for many years. The ones that have had improvements done have really started to function as vibrant community hubs with the addition of some landscaping, a good clean-up and efforts to attract some interesting shops. Chifley shops is a great example. Other suburbs are well overdue for an overhaul – Fisher shops, for example.