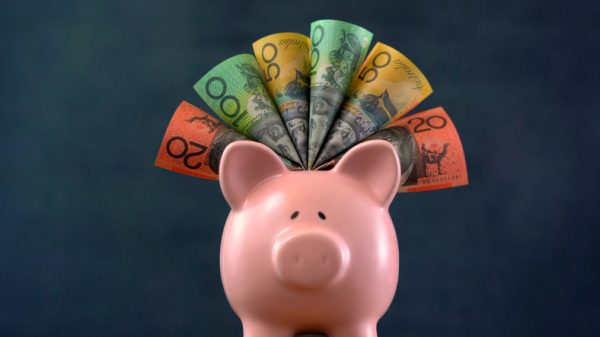 Canberrans will face several increases to existing rates, fees and levies under the 2017-18 Budget handed down by ACT Chief Minister and Treasurer Andrew Barr this afternoon.

See also: Ratepayers feel the pinch as ACT Government spends up on infrastructure in 2017-18 Budget

The biggest hip pocket hit for Canberrans in this ACT Budget comes in the form of rate increases, with owners of units and apartments facing the most significant rises.

Home owners will bear residential rates rise of an average 7 per cent in 2017-18 with further rises of 7 per cent per year anticipated for the foreseeable future.

Owners of units will pay that same average rise of 7 per cent as well as a one-off adjustment charge of $150 in 2017-18 and $115 in 2018-19 as the ACT Government brings the way it calculates valuations for houses and units into line.

From July 2018, land tax will apply to all properties that are not the owner’s principal place of residence, whether rented or not.

Beyond the property sphere, car registration will rise by approximately 5 per cent as foreshadowed previously.

The discount for paying rates and levies early will fall from 2 per cent to 1 per cent.

The ambulance levy will rise by 5 per cent.

The fixed charge fire and emergency services levy for residential and rural properties will rise from $252 to $294, with pensioners receiving a rebate of $98.

Drivers’ licences will cost 2 per cent more in line with the Wage Price Increase.

Parking revenue is expected to increase by 38 per cent due to increased reinforcement activity, the introduction of licence plate recognition technology and the indexation of parking fines by six per cent.

Parking fees for drivers who park illegally in disabled spots may face larger fines in future, with the Government monitoring these infringements ahead of setting new charges and cracking down on inappropriate use of disabled parking permits.

keek - 1 hour ago
Nobody held a gun to the Chancellors head and said "You must rely on income from foreign students and expand to a level where... View
chewy14 - 3 hours ago
JS9, Whilst I would agree that the Federal government has set the framework and playing field that the Unis are operating in,... View
Capital Retro - 5 hours ago
No one seems to know but I heard CM Barr on ABC radio say the $50,000 a year includes the fees to the universities and all th... View
News 19

chewy14 - 3 hours ago
BJ, At a guess, I'd think JC is talking about the Weekday boardings, which are naturally brought down overall by the lower we... View
bj_ACT - 5 hours ago
Where do you get 15,000 per day average from? Start of Light Rail to end Feb 2020, before Covid hits is 11,000 per day.... View
chewy14 - 6 hours ago
JS9, Yes the subsidy on the bus network is massive but the argument that comprehensive public transport is an essential publi... View
Community 12

Capital Retro - 5 hours ago
".... An emblem showcasing medieval queens, crowns, and castles, doesn’t represent 21st century Canberra..." We have all th... View
Stephen Saunders - 10 hours ago
Symbols do matter. The British monarch is the white hereditary chief of the Church of England. An emblem showcasing medieval... View
HiddenDragon - 20 hours ago
"Could the Brindabella Ranges be incorporated into the ACT’s coat of arms,..." An image which combined the mountains and th... View
News 1