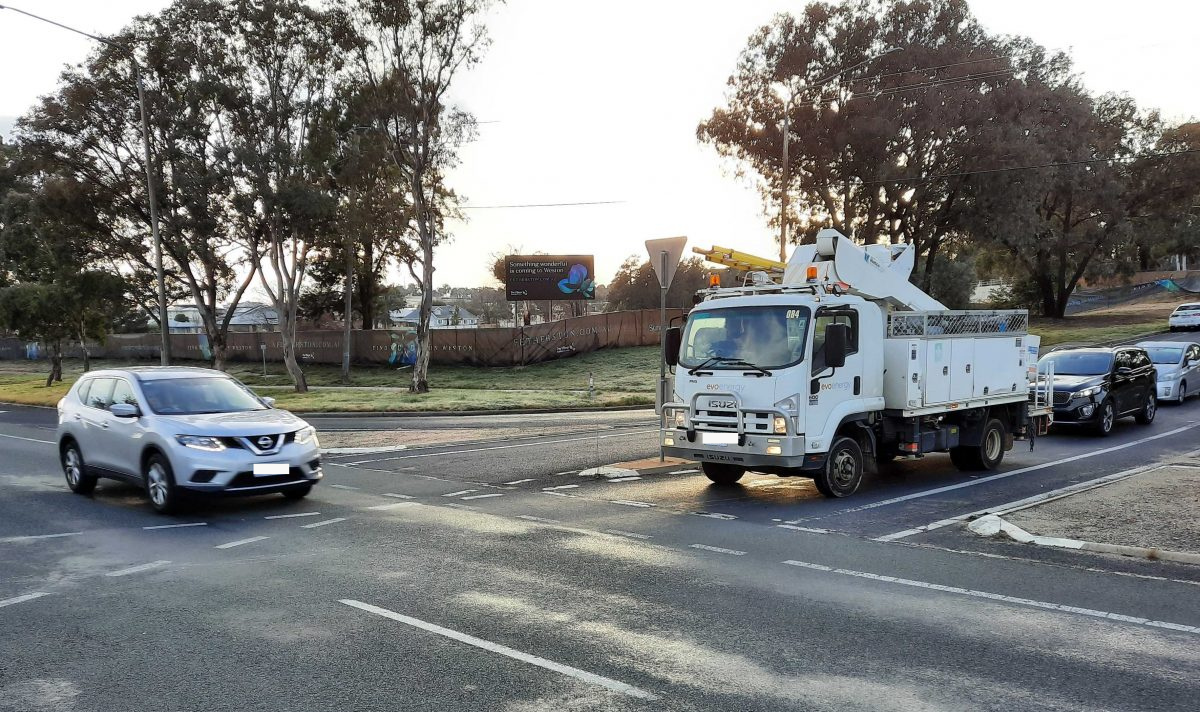 Key southside intersections will have traffic lights installed as part of a $24 million package of road safety works in the upcoming ACT Budget.

The Budget allocation also includes funding for design work to improve Hume Circle in the inner south, new pedestrian crossings and funding for another section of the Belconnen Bikeway.

The ACT Government says more than 20,000 vehicles use the road network each day between Weston Creek, Tuggeranong and Woden, with the two Streeton Drive ‘seagull’ intersections becoming increasingly busy with nearby development.

The works will include the installation of traffic lights to improve safe crossings options for pedestrians and vehicles and improvements to the surrounding path network.

Weston Creek Community Council chair Bill Gemmell said the Heysen Street intersection should take priority because it is already a hot spot at peak times, and construction of the adjacent Village residential development would soon be starting.

“Something has to be done, but they have to think about synchronising with the nearby Unwin Street lights; otherwise, you will get three red lights in a row [including the major Cotter Road intersection], and that is going to create incredible frustration and excessive idling,” Mr Gemmell said.

He noted that the lights at the Streeton Drive/Namatjira Drive intersection needed to be carefully designed, with thought to avoid unnecessary interference with the northbound traffic, such as using a through lane.

He said there was still potential for high-speed collisions southbound unless something was done about regulating the speed.

But Mr Gemmell warned against seeing traffic lights as the answer to every traffic problem, urging smart design solutions to keep things flowing.

“They can create more issues than they are solving,” he said.

“The first response seems to be to put a set of traffic lights in when more thought to design, traffic flows and sight lines may be a better way.

“It’s a constant source of bemusement to me at the proliferation of lights without a thought to the downstream consequences.”

On Tharwa Drive, traffic lights will be installed at the intersection with Lawrence Wackett Crescent and safety improvements at the Norman Lindsay Street intersection near Lanyon Marketplace after a feasibility study.

Also funded is preliminary design work for safety improvements at Hume Circle, which connects Canberra Avenue, Sturt Avenue and Wentworth Avenue, and has one of the worst accident records for intersections in Canberra.

All of these works will be supported by joint funding from the Commonwealth.

As part of the next two tranches of the national Road Safety Program with the Commonwealth, the government will deliver a number of projects supporting students to walk and cycle safely to school.

This will include the construction of three new pedestrian crossings near Gold Creek High School and Mary MacKillop College.

A branch of the Belconnen Bikeway project will also be funded on Haydon Drive from Battye Street to Calvary Hospital.

The ACT Government will propose co-funding the installation of audio-tactile line marking and safety barriers on Brindabella Road.

Transport and City Services Minister Chris Steel said the government would also continue to advocate for the ACT’s fair share of funding from the Australian Government for upgrades to Canberra’s regional roads.

He said the Budget proposes joint funding for upgrades on the unsealed sections of Boboyan Road within the Namadgi National Park.

“These upgrades will improve the safety of this regional connection for residents, park visitors and emergency services,” Mr Steel said.

“Negotiations are continuing with the Australian Government on a fair funding split for these works, which reflects the approach to regional road upgrades taken in other jurisdictions (including the same road in NSW).

“The ACT Government welcomes continued investment in our city by the Australian Government to co-fund these urban road projects, but we strongly believe the ACT should receive the same share of funding for improvements for regional roads as other states.”

To pay for this no doubt they will add a few more 40km zones (where there have never been accidents) and pop in some more cash cameras for our own safety. 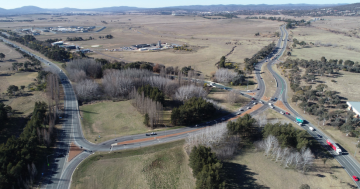 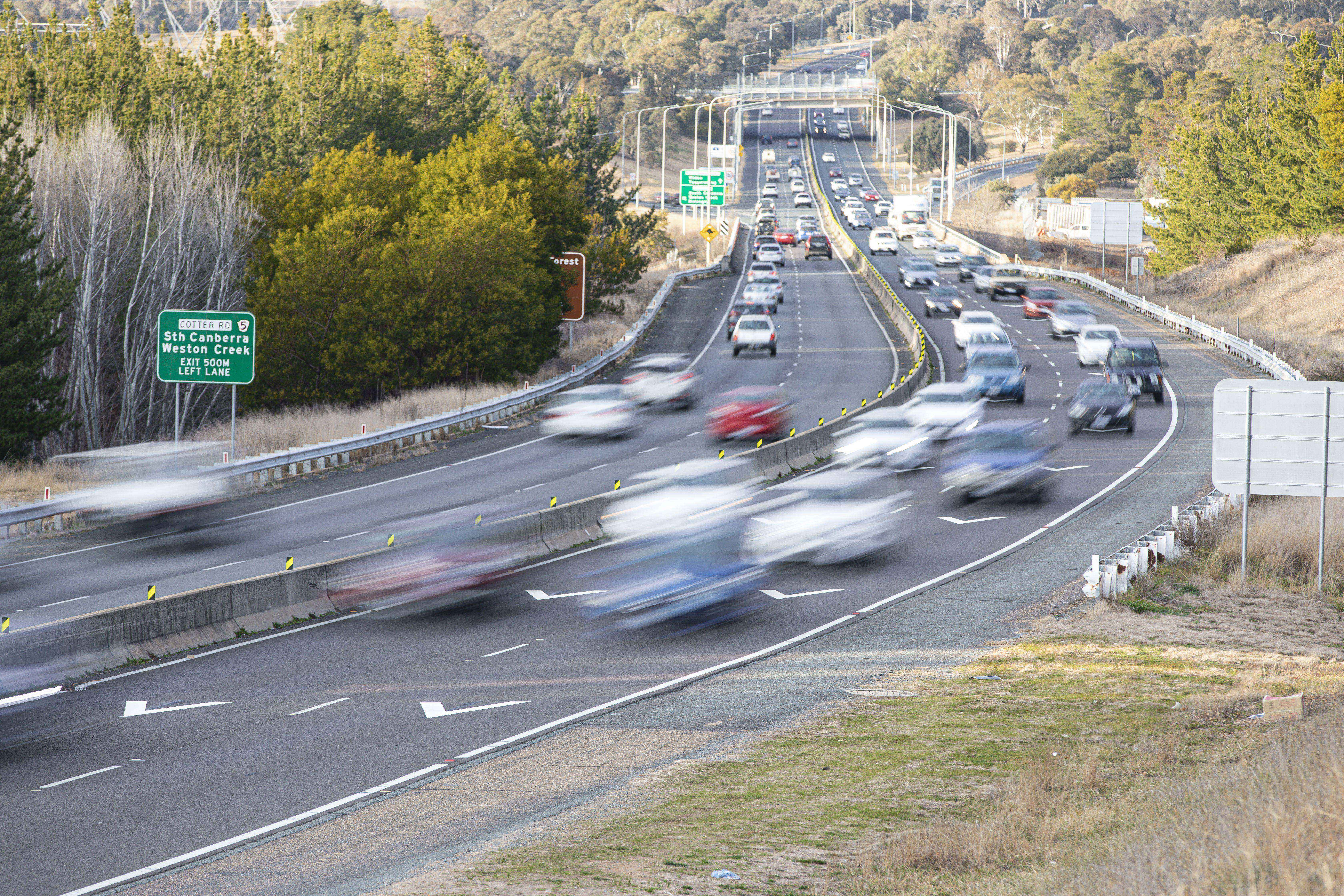