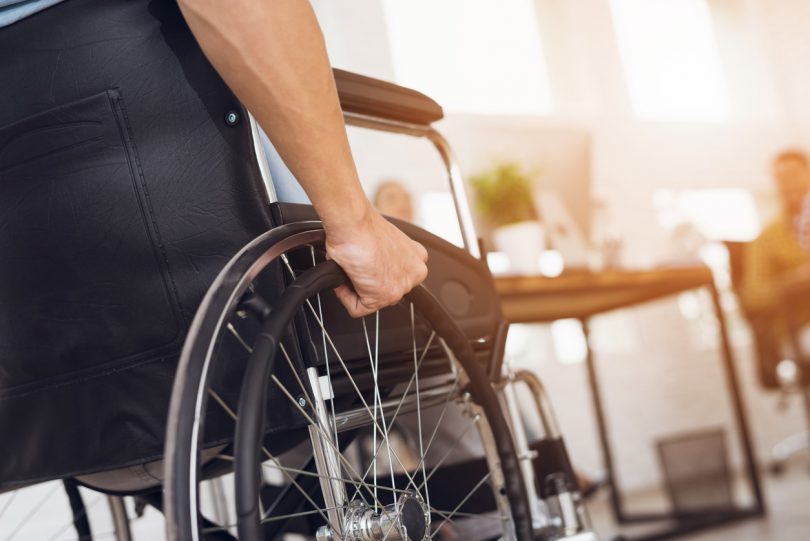 The ACT Council of Social Service has welcomed the ACT Budget initiatives.

Minister for Disability, Children and Youth Rachel Stephen-Smith said the transition to an entirely new service model was complex and the ACT Government was committed to ensuring that no-one seeking support was left behind.

The ACT is the first Australian jurisdiction to roll out the NDIS, but it has been beset by complaints from clients about delays, bureaucratic inflexibility and poor communication.

$1.1 million will be available to purchase necessary supports for people with a disability who have high and complex support needs that are not being fully met by the NDIS.

The measure will also fund staff within the Office for Disability who will work with the National Disability Insurance Agency and the mainstream service system to ensure that those people with complex support needs receive a coordinated service response.

There will also be $400,000 over two years for independent individual advocacy for people who require assistance to navigate the NDIS.

An Integrated Service Response program will monitor service gaps and NDIS implementation issues and work with the NDIA and across the ACT Government.

Ms Stephen-Smith said the Government would engage with community stakeholders and disability advocates to ensure the Integrated Service Response program reached the Canberrans most in need and that clear channels exist for referrals.

“Community stakeholders and service providers play an important role in supporting the daily needs of Canberrans with disability and we will continue to work closely with them during this transition to the NDIS,” she said.

The ACT Council of Social Service (ACTCOSS) welcomed the announcement, with Policy Manager Craig Wallace saying that ACTCOSS last year highlighted the need for more transition support in Stories of Transition in which Canberra people with disabilities revealed the issues that they were experiencing in the transition to the NDIS.

“The Stories of Transition highlighted a number of immediate jobs for both the ACT Government and the Federal Government in getting the NDIS transition back on track. These included maintaining contingency funds to ensure the ACT retains key social supports and infrastructure, and supports the sectors that manage the change – including advocacy,” he said.

“The NDIS is a joint Commonwealth and State/Territory rollout. It was also never intended to be the end of the line for Territory responsibilities for citizens with disability.

“The ACT Legislative Assembly Inquiry into the implementation, performance and governance of the National Disability Insurance Scheme in the ACT has heard compelling evidence from people with disabilities and families falling through gaps in the system during the transition.

“Going forward we would welcome signs that the National Disability Insurance Agency and the Australian Government are also listening and setting the NDIS back on track. The means putting person centred planning back at the centre of a person centred scheme; reducing complexity; focusing on human rights and getting better at co-design with local people.

“Work also remains to ensure that the mainstream delivers for people with disability through municipal services and in areas like housing that remain a clear responsibility of the Territory.”

I really hope this actually helps.

Yet another false and wasted gesture which masks what’s really going on and what’s really gone wrong. The funding will not really go to those who need it. Instead, it’ll be funneled straight to several of the govts preferred “service providers” which are the very “charities” that have been criticised by Canberran NDIS participants to the inquiries by the senate, the PC, and now the ACT/LA (you can read the names of those orgs yourselves in the submissions and transcripts). Taxi fares of $60 for driving people 1.6km? $120/hr fees for providing “advice” to participants, but getting them to make all the calls and do the coordination themselves? Great, more of that will help.

So this cash should be seen for what it is: bundles of bad money after good. More window dressing.

Tramcar Trev - 2 minutes ago
I must be really old, I remember when to get to Broulee it was dirt road. View
Clive John Trenton - 50 minutes ago
Come on people. It was replaced for a very good reason! As an old bridge it was likely costing a fortune to maintain due to i... View
Mitch Carrington - 1 hour ago
Was fun riding over this for some reason Mark Humphrey Wheeler View
News 35

Greg Myat - 6 minutes ago
Warwick Bradly Take it to Belco where people are, first. Or past asio and russell offices across kings ave. It needs to go pa... View
Greg Myat - 9 minutes ago
Martin Budden Every road will just be one big carpark then. View
Tramcar Trev - 32 minutes ago
$162million for about 1km of light rail does seem excessive. why do they insist on laying the track inn concrete where the tr... View
Lifestyle 37

Lyn Scougall - 16 minutes ago
Margo Bellis you told us that, that’s why we went there 👍 View
Margo Bellis - 37 minutes ago
Lyn....it was far better than Floriade View
Ali McNally - 2 hours ago
Nadine Pickersgill next year! View
Community 7

Grahame Barnett - 25 minutes ago
We "bribe" our magpie gang. We feed them. They don't attack their feeders. View
Karen De Britt - 26 minutes ago
Feed her mealworms, she'll come around 😁 View
News 28

whatwik - 37 minutes ago
Ha, try NSW regional travel. Disappointing yes, but prudent. Some of us do wonder about the obsession with the ACT Chief Mini... View
chewy14 - 2 hours ago
JC, No spin here, just facts. Whatwik claims that others have had to backtrack on their plans. Except none of the other state... View
Community 25

Capital Retro - 53 minutes ago
The Australia Post vans deliver mail to them early in the day so that the postie bike person can use them as a suburban pick... View
News 244

Nanna Lola Apted - 55 minutes ago
Who will look after them and keep them tidy. Who will prune them back when they overhang the roads and block drivers vision. View
Geoff Jones - 2 hours ago
Money could be spent maintaining public spaces and mowing. View
Opinion 31