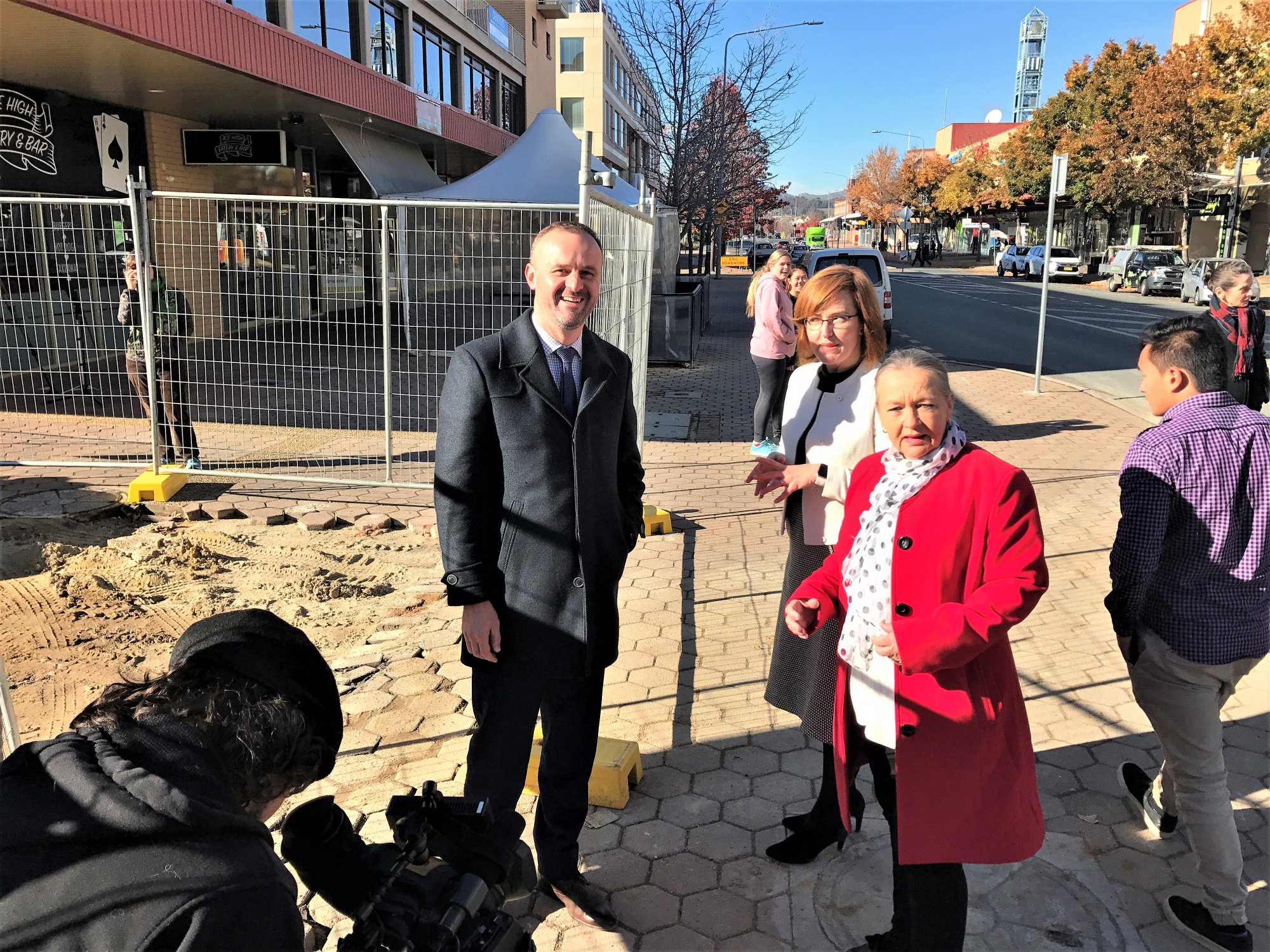 Next week’s ACT Budget will include $8 million in funding for major improvements to the Gungahlin and Tuggeranong Town Centres and Kambah Village.

ACT Minister for Transport and City Services, Meegan Fitzharris, yesterday announced that the Government would deliver on its commitments to stage two of the project to renew Anketell Street in Tuggeranong and stage two of the Kambah Village renewal.

Gungahlin Town Centre will also be improved, particularly in terms of providing better access for pedestrians and cyclists.

Ms Fitzharris said the ACT Government has already begun work on better public spaces in the Tuggeranong Town Centre, with the Budget to take things further by investing in stage two of the project to renew Anketell Street, thereby supporting local businesses in the area.

“The ACT government remains committed to all of our town centres and local shopping precincts, and this investment demonstrates we are doing our part to support the local businesses at these shopping areas,” Ms Fitzharris said.

“The Government is making significant investments in each of our five major town centres and this Budget will go further to deliver on our commitments to improve the Gungahlin and Tuggeranong Town Centres.”

Ms Fitzharris said that works at Hibberson Street and stage two of the Kambah Village renewal will provide a better shopping experience for the hundreds of people who visit these areas every day.

She said that work will be undertaken at the Gungahlin Town Centre to renew it in line with the significant work underway with the construction of stage one of the light rail network and the new Gungahlin Bus station.

One Response to ACT Budget to provide $8 million for improvements to Gungahlin, Tuggeranong and Kambah Shopping Centres
Filter
Showing only Website comments

It’s a bit late but I hope the fitness station in Ellison Park Phillip is modified to include chin-up and muscle up bars. When I went there I couldn’t believe that this basic component of park fitness stations is not included. A high bar and a shoulder height bar at least a metre wide should be built next to the present fitness station.

Catriona Moxham - 1 hour ago
Molonglo stage 3😢 View
Capital Retro - 6 hours ago
Living on borrowed time? It's actually more like living on borrowed money, from the Territory government to the unemployed. T... View
Lesa Schuster - 9 hours ago
The housing prices need to come down, it’s very hard for many people........it’s pretty city though and does not feel lik... View
Property 19

Kalo Arepo - 7 hours ago
Were they trying to jump the queue? View
Smackbang - 16 hours ago
How about you stop passing judgement on someone you know precisely nothing about? View
Opinion 82

New $1 million playground to revitalise the heart of Gungahlin