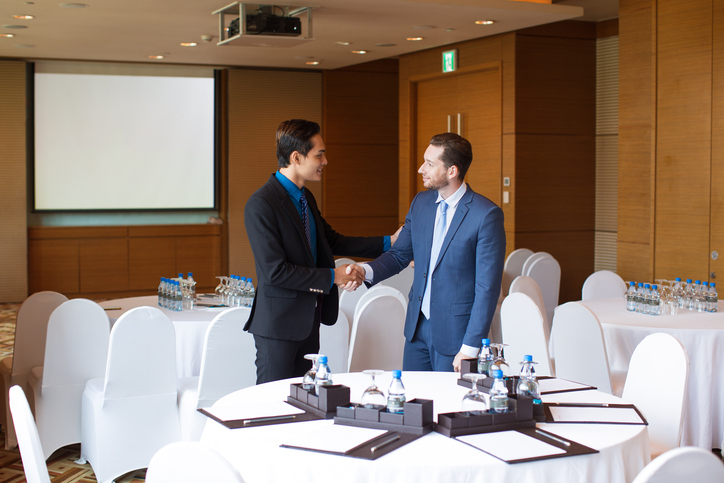 Business confidence in the ACT is at its strongest level in 10 years and is leading the way in Australia, according to the latest Sensis Business Index findings.

Confidence among ACT small and medium businesses increased by 18 points to +64 in the quarter to March 2017 thanks mainly to increasing sales and profitability.

This was the highest level of business confidence since May 2007 and is 22 points above the national average.

Sensis Chief Executive Officer John Allan said that across the states and territories only ACT, Tasmanian, Queensland and NT businesses became more confident, while WA businesses maintained their score, and the other state and territories went backwards.

“At the state and territory level the results were fairly flat, although there was a surge in confidence in the ACT,” Mr Allan said.

“Canberra businesses are now the most confident nationally – driven by strong sales and profitability results – in the first full survey taken since the ACT election.

“The ACT Government also saw an improvement in its approval rating among SMBs, although not to the levels enjoyed before the election and its rating remains in negative territory.”

The report stated that The ACT Government’s rating lifted five points to -6.

“Positive ratings have been influenced by a growing local economy and small business training schemes. Key criticisms included too much notice being taken of unions and excessive bureaucracy,” the report stated.

A spokesperson for Chief Minister Andrew Barr said that most current economic indicators have highlighted the strength of the ACT economy, leading to more jobs and more investment in the community.

“The ACT Government has worked hard to protect Canberrans from the pain of the Commonwealth job cuts in recent years by investing in major infrastructure projects and supporting employment sectors outside of the APS,” he said.

“The Government will be working closely with local businesses to ensure that confidence in our economy continues to grow and that they are seeing the benefits of the Government’s investment in projects such as light rail.” 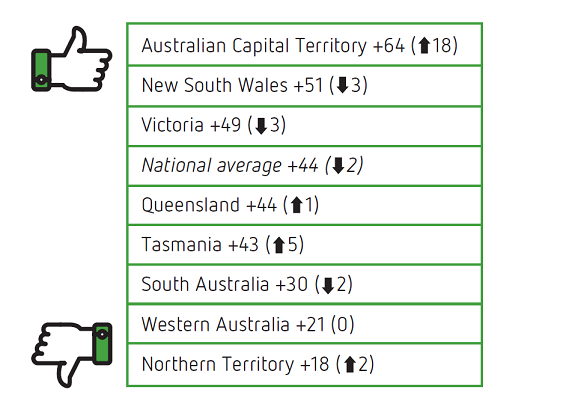 Duncan Lennox - 14 minutes ago
There is for 98% of the population View
Philip Howe - 1 hour ago
What link? View
Dianne N Chuck Falzon - 3 hours ago
Agree with you David 🇦🇺 👍 View
Opinion 14

Doug Hearne - 28 minutes ago
A tool is appropriate word for anyone who disrespect others with the virus that is floating around good on you Nick for point... View
Gulf Mike - 30 minutes ago
Tracey Crump to be fair - Aussie Kim saved Lleyton from tooldom. He went straight back there when they split. View
Tracey Crump - 59 minutes ago
Remember Lleyton Hewitt, who seemed fully occupied with being a grade A tool for the first few years of his career, and then... View
Community 21

Trev Graham - 38 minutes ago
totally agree. bikes should have insurance and rego, they can cause accidents, damage vehicles, knock pedestrians over, colli... View
Lynette Furness - 1 hour ago
The thing about canberras roads is that they have cycle ways all ove no real need to use the roads View
Jackie White - 1 hour ago
Just yesterday, in Civic, when I was stopped at a red light, a cyclist zoomed up in between the cars , shot through the red l... View
Opinion 51

Peta Siebert - 12 hours ago
Kris Doph 2003 fires was caused by a lightening strike. The fire started in NSW and the NSW RFS left the fire to burn until i... View
Robyne Mitchell - 17 hours ago
What about the people who lost their livelihoods and houses as a result of this fire? View
Food & Wine 31

Al Manoosh, the newly opened Lebanese bakery in Mawson, is serving up breakfast with not a smash of avocado in...
News 36

Indigenous people in the ACT are experiencing increasing incarceration rates and over-representation in the justice system, with a ministerial briefing...
Property 29

“He can do my books with me”: Business slams Barr for stimulus missing the mark

@The_RiotACT @The_RiotACT
The ACT Government will allocate $300 million in this year’s budget, including $100 for the ‘Big Canberra Battery’ to help power the Territory https://t.co/jGrZzlCkcN (53 minutes ago)

@The_RiotACT @The_RiotACT
What's happening at the One City Hill site? Find out why a crane has been installed https://t.co/GQGdVlwgI7 (2 hours ago)