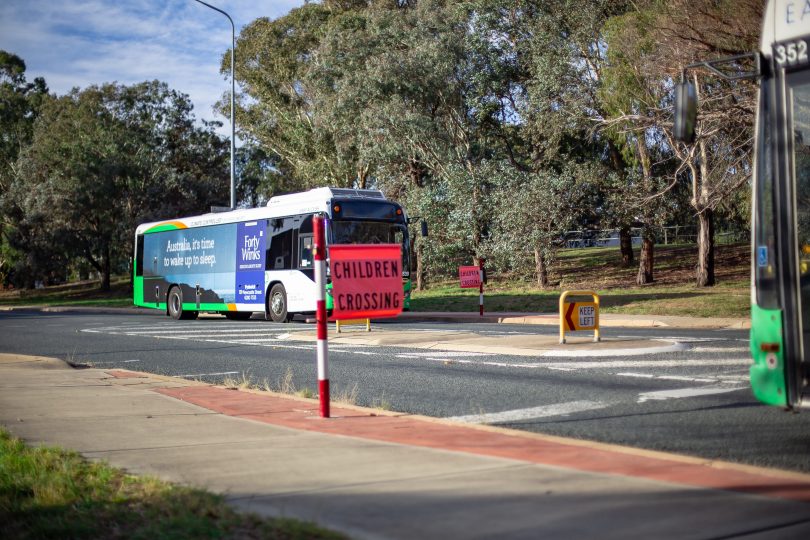 Only 810 COVID-19 cases were reported in 115 ACT public and non-government schools in the week ending 10 April. Photo: File.

ACT Health is reporting 923 new COVID-19 cases in the 24 hours to 8 pm yesterday and has revealed infections in schools continued to drop in the final week of Term One.

In the previous two weeks, 1040 and 1501 infections were reported in schools, respectively.

The ACT’s Education Minister Yvette Berry said such arrangements had been planned for and had been expected.

Minister for Health Rachel Stephen-Smith last week urged people to continue their COVID-safe behaviours over the school holidays, which began over the weekend.

She acknowledged periods such as the holidays could bring uncertainty about the public health situation given the potential for increased community movement associated with travel and other activities.

But it could also lead to groups of people mingling with each other who do not usually do so, she said.

People are encouraged to mask up, stay distanced and get boosted/vaccinated if they are eligible and have not yet done so.

There are now 61 people in hospital, including two in ICU, both of whom are being ventilated.

Yesterday there were 62 people in hospital and two people in the ICU, both of whom required ventilation.

The double-dose vaccination rate for the ACT’s five-plus population is now 96.5 per cent, and 74.3 per cent of residents aged 16 and older have now received a booster.

Of ACT residents aged five to 11, 60.6 per cent have received two doses.

Since the pandemic began, 88,543 cases of COVID-19 have been reported in the ACT.

There are now 1568 people in hospital with the virus and 62 people in ICUs around the state.

Victoria has reported one new death overnight and an additional 9597 cases of COVID-19.

There are now 381 people hospitalised with the virus, while 20 patients are in the state’s intensive care units.

“Minister for Health Rachel Stephen-Smith last week urged people to continue their COVID-safe behaviours”
No, we are enjoying our mask free, smiling, socially mingling, happy family holiday in contemptuous defiance of your dour, risk averse, ineffectual nanny state rules and regulations. You fail to understand that risk management does not mean risk avoidance and that you have no mandate to continue imposing your sanctions on our lives.

I encourage the ACT government to move swiftly to lift the public health emergency powers that we have lived under for so long. Schools are still required to have masks for staff and secondary students when the same people can mix freely without masks in most other settings. COVID treatments have improved, hospital numbers are down and most families have experienced COVID first-hand – there is no real point in mandatory masking nor forcing people to get vaccinated in schools. It has to stop – our freedoms have been curbed for too long already.