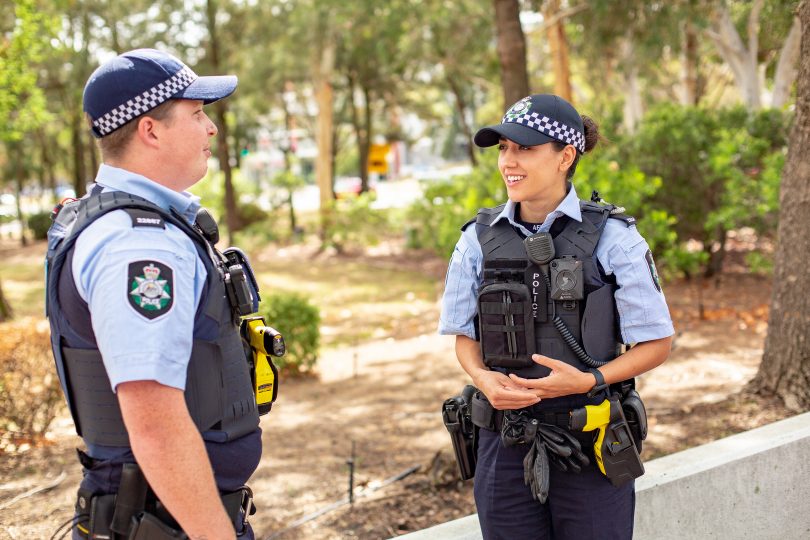 The ACT Government is considering tougher laws to protect police and its frontline emergency services after a police officer was injured after an alleged hit and run last Monday afternoon (25 March).

The officer was treated at the scene and transported to hospital by ACT Ambulance Service with minor injuries. The officer has since been released from hospital.

ACT Policing have made no arrests in relation to this incident but their enquiries are ongoing.

The ACT Government has been in recent discussions with the Australian Federal Police Association (AFPA) and ACT Policing regarding strengthening assault police legislation, as the Government considers reforms to strengthen the laws.

“We are in regular discussions with ACT Policing and other first responders about how best to support their important work,” he told Region Media. “In recent months the Government has been considering reforms to strengthen laws and we will continue this work.

“The safety and wellbeing of our front-line police and emergency services is of great importance to the ACT Government. Assaults are already treated very seriously by the laws and courts that protect all Canberrans.” 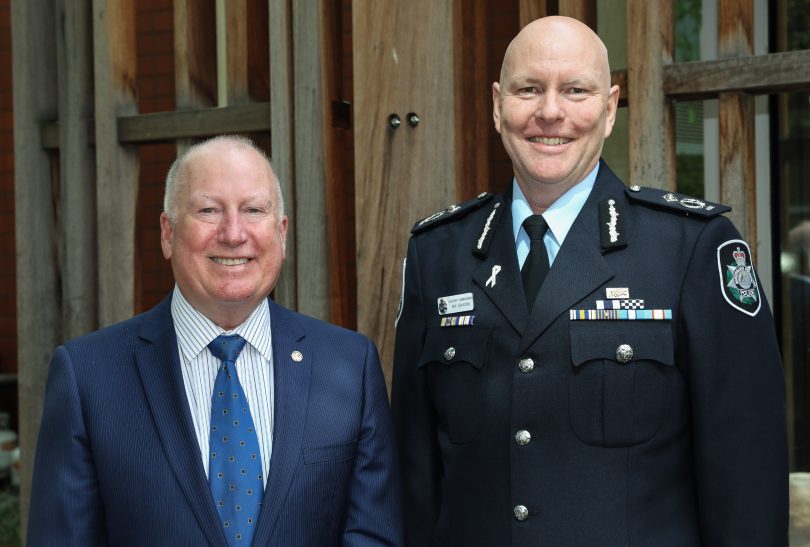 The AFPA has been calling on the ACT Government to install stronger penalties for those who assault police officers in the ACT since 2012, with AFPA president Angela Smith stating the current charges are not sufficient.

The concerned president told Region Media of an incident last year where an on-duty female police officer was punched in the throat by a man, who had a knife on him, as one of the reasons why she is adamant the laws need to change.

The man was put before the court, found guilty and received an eight-month good behaviour order for the assault and was fined $150.

“That is not and never will be a satisfactory outcome,” Ms Smith said. “To me and my members, this shows a lack of support by the judicial system. This man assaulted a police officer and has received a pathetic sentence.

“Assaulting police officers happens, it happens far too frequently. My members and other emergency services workers are not punching bags. They don’t come to work to be assaulted.”

Ms Smith said the union is not asking for mandatory sentencing like there is in Victoria or for excessive or draconian penalties.

“The devil is in the wording, and the current ‘common assault’ charge used when a policing officer or emergency services worker is assaulted doesn’t cut it,” she said.

Mr Gentleman said the Government has “already better-equipped ACT Policing to safely carry out their work”, which included $5.3 million in 2017-18 for enhanced protective security measures for ACT Policing, including equipping frontline officers with tasers.

The Minister’s response drew the ire of Ms Smith, who said the issue is not about dollar and cents, or tasers and other equipment.

“This issue is purely about police officers and emergency services workers feeling they are supported and valued by this government and when someone assaults them then the serious nature of the criminal offence is adequately reflected.”

Police are still calling for anyone who may have any information or dash-cam footage of the hit and run on Tillyard Drive on Monday afternoon (25 March) to contact ACT Policing Operations on 131 444.

Should be the same for everyone who cares who’s assaulted

Does that include ambulance and firefighters to?

Geez, the police have Glocks, tasers and truncheons don’t they?

Maybe if they were trained to use them they would earn some respect from the ferals and villains in this city.

It used to be called “law and order”.

Are you kidding: tougher laws will not give police protection: police need to have better safety gear and better safety management procedures: but at the end of the day, risk comes with the job.

I’m all for protecting police, but I do wonder why the example of the police officer being hit by the car is used.

Surely if someone intentionally hits anyone with a car it should require an exceptional argument by their lawyer to get them off an attempted murder charge.

If that is not law then it should be, and not just when police are the target.