ACT Government is spending $1.3 million on driverless car trial… you could take part 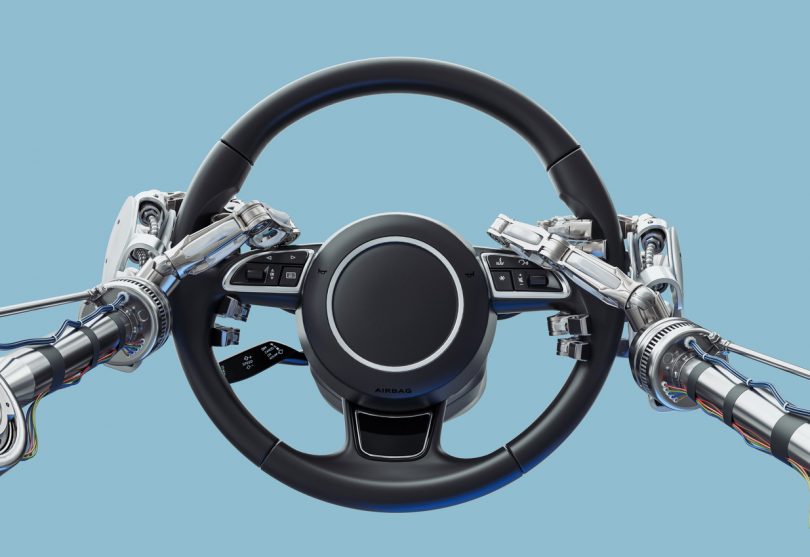 Canberra business, Seeing Machines is conducting a trial, called CAN Drive, to test how quickly a driver can be ready to resume control of an automated vehicle.

The ACT Government is spending $1.3 million with, much awarded Canberra business, Seeing Machines, on a trial, called CAN Drive, to test how quickly a driver can be ready to resume control of an automated vehicle.

The trial will take place at Canberra’s Sutton Driver Training track, and you may be able to participate in it – *see the end of this article for details.

Seeing Machines, employs around 200 Canberrans, and is is a world leader in decoding the interaction between people and machines, which is a critical piece of the puzzle as automated vehicles are further developed.

“This trial is unique in focusing on the people inside the car, not the cars and their outward facing sensors,” Rachel Stephen-Smith, ACT Minister for Workplace Safety and Industrial Relations, said yesterday.

Seeing Machines Chairman Ken Kroeger said The data we collect in trials such as CAN Drive is critical to advancing safety of communities all around the world.

“The continued support of the ACT Government helps Seeing Machines sustain its leadership position as we develop our core technology to meet the needs of our partners, customers and stakeholders,” Mr Kroeger said.

Minister Stephen-Smith said there was huge potential for the community to benefit from automated vehicles, by improving road safety, reducing traffic congestion and opening up personal transport to people who aren’t currently able to drive.

“Despite the promise of this technology, we’re still a long way off completely automated vehicles, but Canberra is getting on the front foot: testing it, taking a different view of what safety looks like, and learning and applying our experiences with it,” Minister Stephen-Smith said.

*If you have a valid driver’s licence and a good driving record, email marketing@seeingmachines.com to express your interest in participating in Canberra’s ‘CAN Drive’ trial.

4 Responses to ACT Government is spending $1.3 million on driverless car trial… you could take part
Filter
Showing only Website comments

$1.3 million from a local government that is increasing rates and with an under-performing/struggling health system? I can understand a small investment but $1.3 million? What is the payback/benefit to the people of Canberra? How was this $1.3 million dollars awarded to the company? How was it decided that this money was best spent in this way?

the ACT is a State/Territory level government. we don’t have Local Government in the ACT. The payback is investing in the tech sector for future industries will benefit the ACT through seeding an industry that may provide employment and will probably grow. this is a smart investment.

I agree. Why are we speculating on what may give a return “tomorrow” and what guarantee is there that the company involved will re-invest in Canberra given their global reach?

We need to be spending on real problems like the failed health system, not pet projects that “may provide employment”

As usual the opposition is “asleep at the wheel”.

Ol L - 27 minutes ago
How can Mr Barr tax them if their not here? Seems logical that the public service can be based anywhere, COVID seems to have... View
HiddenDragon - 11 hours ago
Difficult to see anything more than token efforts at decentralisation in future, but video conferencing and working from home... View
News 30

Ashley Wright - 46 minutes ago
Martin Miller you are wrong. When the town centre was built and the Hyperdome opened the 333 did not go to the hyperdome. It... View
Martin Miller - 6 hours ago
Bill Gemmell true but then Civic has the ANU . The Gungahlin Woden route is flawed because Gungahlin residents and Woden resi... View
Martin Miller - 7 hours ago
Ashley Wright you are incorrect .I've said for nearly 50 years . It started with the 333 from Woden to Belconnen then was ext... View
Sport 35

t2owe - 10 hours ago
It's not the outdated system that's the problem, its the failure of Planning (ACTPLA) to maintain the mandated rules in the t... View
Food & Wine 28

stargazer - 13 hours ago
I agree. It’s an old fashioned bakery and the fact it’s totally family run is fantastic. They are few and far between now... View
stargazer - 14 hours ago
Stopped in and got my buns today - they were worth the drive! But I Wish I could get them on my side of town! Kids loved them... View
Sonya Curran - 18 hours ago
I'd love to! Have never been! View
News 1

chewy14 - 14 hours ago
Hardly a surprising result, the government's relative silence on the issue and the budget allocation made it pretty obvious t... View
News 12

Trish O'Connor - 17 hours ago
is there a phone number to call each morning to check whether the balloons will be flying. View
Food & Wine 1

buttercup - 17 hours ago
Good on you Anna. Fresh ideas, reinventing yourself and your menu as the years roll by, delightful fresh food, and awesome cu... View
Community 17

Conan of Cooma - 18 hours ago
I was an extra for the final scene in this movie. Leah is not only a bloody hilarious person but also an incredibly intense a... View
Food & Wine 71

Connie Senkoe - 20 hours ago
any body heard of Librafg with Nick Gibson. Is it a scam too? View
Community 24

A Canberra father accused of repeatedly beating his wife and choking their daughter will be released from custody after he...
News 4

The Commonwealth Government should move Australian public service (APS) jobs from cities like Sydney and Melbourne instead of singling out...
Community 24

A documentary made by a Batemans Bay filmmaker about keeping Australia's oldest show on the road is one of five...
News 1

Pet owners who had paid to bury their beloved animals at a pet cemetery at a property that has since...
Community 3

Autumn is officially here, bringing with it fresh foggy mornings, the illuminating Enlighten Festival, and the wafting spiced smell of...
News 30

Sign o’ the times: at last there’s something to smile about in 2020 (if you’ve been good)

@The_RiotACT @The_RiotACT
Clan O'Sullivan winning the Black Opal in 1992 is one of our greatest sporting achievements, up there with the Raiders' 1989 Grand Final. Tim Gavel makes the case https://t.co/dTbbJRw08a (18 minutes ago)

@The_RiotACT @The_RiotACT
Braidwood’s beautiful boutiques, eclectic antiques & gorgeous galleries are a shopper’s paradise. We’ve put together some inside info about what you can discover on the treasure trail https://t.co/qDNKXbDda4 (10 hours ago)

@The_RiotACT @The_RiotACT
Once known for its huge freakshakes, Patissez used lockdown as a chance to reinvent itself and forge an exciting new path https://t.co/vQDR61q0DX (12 hours ago)