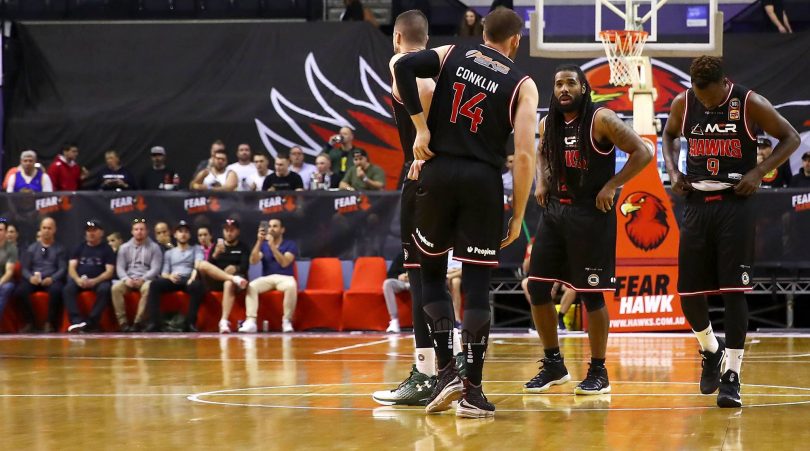 Local basketball fans’ 10-year wait for NBL action to return to Canberra has ended after the ACT Government signed a one-year deal with the Illawarra Hawks that will see the Wollongong-based side bring elite men’s basketball back to the nation’s capital.

ACT Sports Minister Yvette Berry announced the new partnership with the Hawks on Tuesday afternoon (13 November) with a $125,000 ACT Government commitment to see the team move their Australia Day match against the Cairns Taipans to the AIS Arena next year.

The team will also be in Canberra for three days in late November, hosting coaching clinics with ACT representative squads and ACT coaches, visiting schools as well as playing a game against the AIS Centre of Excellence Basketball team.

The Hawks’ clash with the Taipans will be the first regular-season NBL game in Canberra since 2008 and comes 15 years after the demise of the Canberra Cannons.

The local basketball community showed their enthusiasm for elite men’s basketball when the Hawks hosted the Adelaide 36ers in an NBL pre-season game at a packed Tuggeranong Basketball Stadium in September, which saw all 1090 tickets sold four days before the game.

Hosting the game in the larger AIS Arena on the Australia Day holiday weekend may affect the turnout to the game, but Ms Berry remained confident the one game deal would be a success.

“It is going to be a challenge and everybody recognises that, but in the ACT on that weekend there is a popular basketball carnival hosted by Basketball ACT so we reckon people will stay here,” Ms Berry said. “Canberra has a close connection to the Hawks, we proved that with the trial game recently so we know Canberra will get behind the game.” 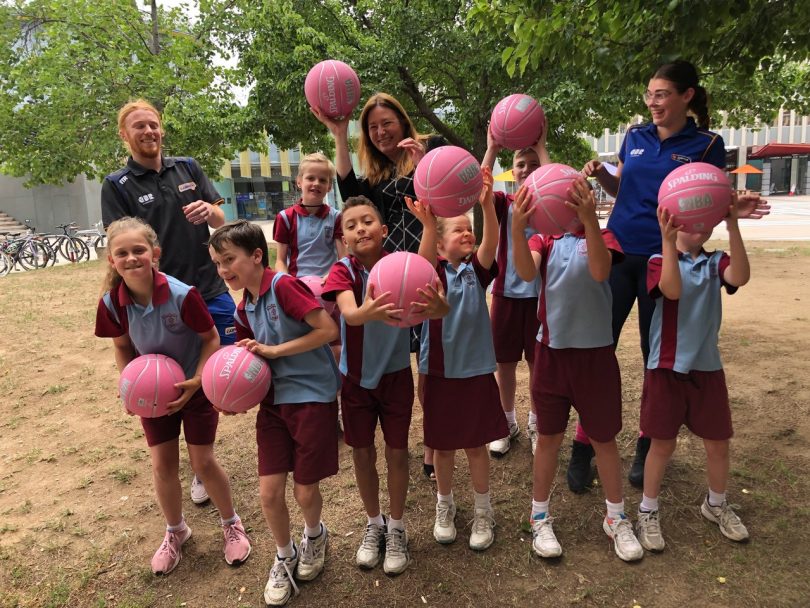 Ms Berry said support from the Hawks to deliver programs in Canberra schools, clubs and coaching clinics will help bolster the strong basketball community in the ACT.

“Canberrans will have access to training sessions and an opportunity to be involved in the Hawks high-performance programs, with a minimum of two ACT players offered an invitation to attend the Hawks Academy in Wollongong,” she said.

“Teams like the Illawarra Hawks encourage participation and inspire young players to see the possibilities of pursuing a professional career in basketball and other sports. This partnership will provide even more exciting opportunities for Basketball ACT and Canberra’s passionate basketball supporters.”

Hawks General Manager Mat Campbell said the club that has played in every season of the competition in the history of the NBL needed to keep expanding and the ACT was a logical decision.

“Basketball ACT has been doing a fantastic job with junior participation rates going through the roof, their growth has been enormous,” Mr Campbell said. “From the Hawks point of view, it was a natural progression for us to get into a partnership.

“As the NBL continues to go from strength-to-strength, we are working to see this club bring home another championship, but to do that, we need to look at opportunities outside of our immediate surrounds.

“We are a regional team that constantly takes it to big city clubs, with big city budgets. Year after year we contend, but we want to win another championship and this move is a big step in helping us do that.”

Campbell said he would like to see Canberra’s relationship with the Illawarra Hawks strengthen and turn into a long-term partnership.

“If we can really start to drive a presence in the market down here and really get a following, and as GWS Giants have shown, there is support here in the region for sport and we want to be a part of it,” he said.

“We will be doing everything in our power to make this successful and who knows what the future holds?”

The government finds another way to waste money.

Ollie Skylark - 3 hours ago
aren't all cities planned to some extent? What is so special about Canberra planning? How is it different from other capital... View
News 3

A man allegedly continued to have sex with a young woman after she told him to stop, reportedly telling her,...
*Results are based on activity within last 7 days

@The_RiotACT @The_RiotACT
Canberra has the lowest survival rate for businesses in the country. A Budget submission says the government should find out why as part of a long-term road map to grow the private sector https://t.co/4LGv4euHXQ (49 minutes ago)

@The_RiotACT @The_RiotACT
#BREAKING Did you go to Sydney over the long weekend? A new COVID-19 case has emerged in the Eastern Suburbs and ACT Health is urging Canberrans who travelled to keep an eye on NSW Health's exposure sites https://t.co/QqE7EjxxE6 (3 hours ago)