ACT motorists having near misses while being distracted by kids, pets and hunger pangs 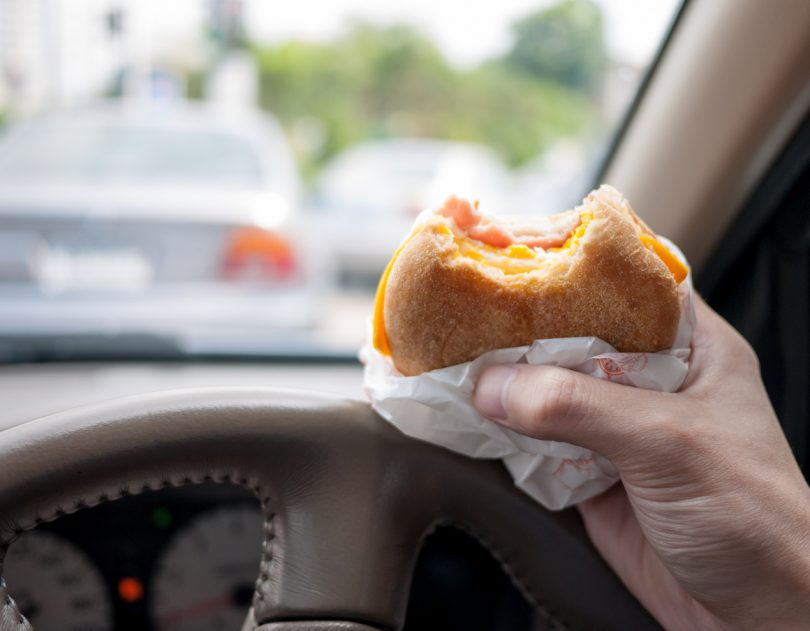 Diets and Distraction: Survey reveals what distracts motorists, including opening food while driving.

Misbehaving children, unrestrained pets, opening food, and taking your eyes off the road to search for street signs are some of the biggest distractions on the road for ACT and NSW motorists, according to recently-released research from Suncorp.

A national survey carried out on behalf of the finance and insurance corporation revealed that almost half of ACT and NSW motorists have had a near miss because they were distracted while driving, with 15 per cent of respondents actually causing an accident due to distractions.

More than 5,000 ACT and NSW motorists were surveyed by Lonergan Research last year, with 59 per cent of parents saying they have had to discipline misbehaving kids while driving and a quarter of respondents having had misbehaving pets in the car.

More than half of the ACT and NSW motorists surveyed also said they have taken their eyes off the road for longer than is comfortable to look for street names or house numbers.

Grooming is another key distraction with 17 per cent of people saying they have done their hair or makeup at the traffic lights. 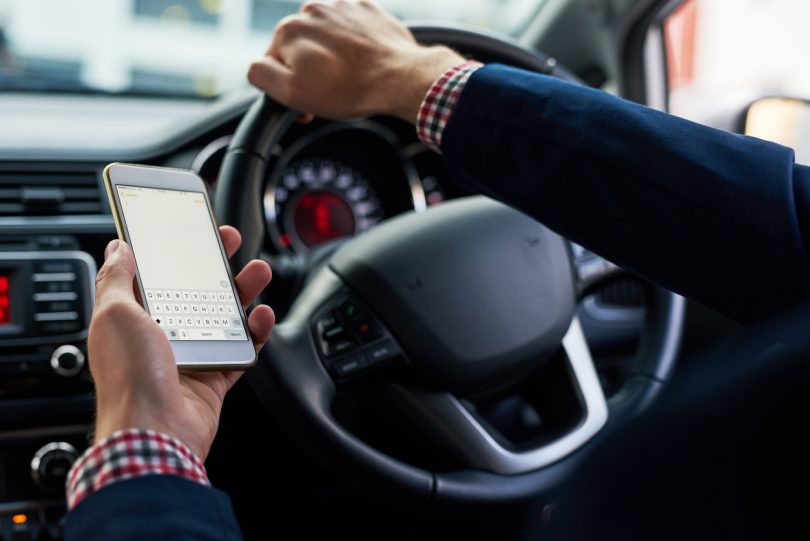 A quarter of people surveyed said they have sent a text while driving.

Perhaps not surprisingly, verbal phone conversations are another big distraction with 32 per cent of people saying they’d had these conversations handset in hand, 38 per cent with the handset on their lap, and 46 per cent using a hands-free kit in their car.

Suncorp spokesperson Ashleigh Paterson said the proportion of near misses caused by distracted driving is concerning.

“Drivers should be mindful of the added risks that come from being on the road for extended periods of time, driving in unfamiliar areas, or having your car full of noisy family members – including furry ones,” Ms Paterson said.

She encouraged residents to take a break every two hours, get a good night’s sleep ahead of a long journey and to share driving duties where possible.

“It’s also a good idea to minimise distractions by keeping your phone out of reach and nominating another family member to navigate.”

Ms Paterson said that tips for staying safe on the road include:

Do you often get distracted while driving? Do you think people understand how serious these distractions can be? Let us know your thoughts in the comments below.

Someone mentioned tailgating. Yes, it’s dangerous and those who do it are stupid. That said, there is another motorist who is equally dangerous, and that is the one who sees his role as policing the speed of others. I’m talking about the motorist who sits in the right lane directly alongside a vehicle in the left lane so as to prevent traffic from overtaking. Their rationale is that they are doing the speed limit. Often this is not the case: speedometers are often inaccurate if not certified regularly. Let the lunatics pass you and leave it for the police to catch them. I’ve seen cases where some officious twit has so many cars sitting behind him in the right lane that he’s oblivious to the fact that one of them is an ambulance with lights and sirens blaring.

I hate those kind of pompous drivers. Are they unable to understand the simple concept of “keep left unless overtaking”? I really wish the police would crack down on terrible drivers, too many and the numbers are growing.

There’s something very special, and possibly very Canberra, about being overtaken and then cut-off by a vehicle with a “Baby on Board” sign preciously bobbing about in the rear window.

Mad Maxes and Maxines should leave the sign at home, or maybe hang it from the rear vision mirror as a reminder.

Yep, open the food before getting the car going 😉

So I'll just leave the misbehaving kids on the side of the road will I... lol

Least I'm not putting on make up.

The answer to all those distractions: pull over.

People who tailgate when you are doing the speed limit. Mainly through school zones and road works!!!!

No excuse for tailgating; I've had a car written-off when someone ran my car up the rear. I had to do an emergency stop because of another vehicle. I managed it, but the car behind me didn't. However, many car speedometers show higher than the actual speed, so when something thinks they are doing the speed limit, they are often under.

My best / worst experience was being overtaken by a speeding car in 40km school zone. Just unreal

Yep had that done! Ridiculous!!!!

I’m guessing those “distracted drivers” aren’t thinking at all.

They are crashes looking for a location.

These drivers somehow assume everyone else will accommodate their bad driving habits.

I think most drivers are aware of how dangerous the road can be but distractions are a momentary thing that we don’t plan on. It’s part of the reason I don’t ride my bike on the road. It doesn’t matter how careful drivers are; a momentary distraction can kill.

Me too, Paul. Just sticking to the footpath or bike path if there is one.

Yet there are people who wish to increase the speed limit?