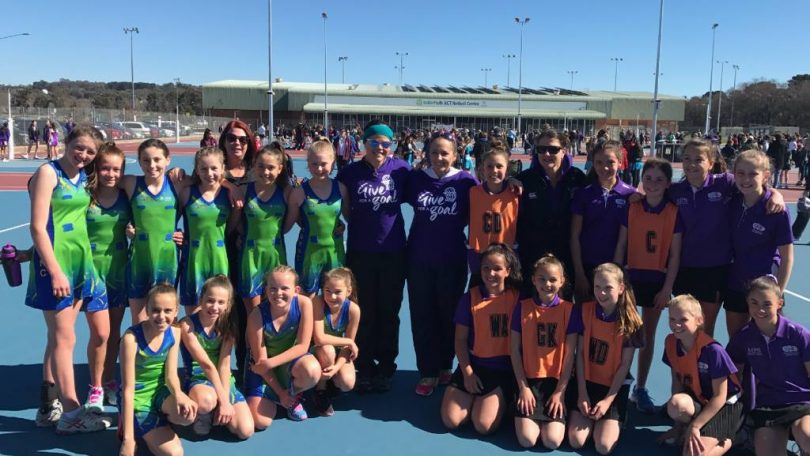 Benita Bittner (right) with Louise Bilston (left) surrounded by some of the 10,700 registered netball players in the ACT: Photos: Supplied.

Benita Bittner’s forthright approach to get the job done has resulted in a significant turnaround in the sport of netball in the ACT. It hasn’t been easy, with the Association facing significant financial challenges teamed with a perception, when Benita started in the General Manager role almost two years ago, that the sport wasn’t community-minded enough and disengaged from their members. This is despite having 10,700 registered players, 96 per cent of whom are female.

Benita says it has taken a lot of hard work but netball in Canberra is now seen to be very much a part of the fabric of the community.

The Association is delivering more programs targeted at grassroots volunteers to increase their capacity to run the sport. In addition, the Association is involved with fundraising for cerebral palsy, the Confident Girls Foundation, Harmony Day and the Mother’s Day Classic. This contribution demonstrates the sport’s commitment to not only those who play netball but the broader community.

The Association’s financial position was equally problematic. In fact, so dire was the financial situation that ACT Netball was heading towards insolvency in February. Benita, who has a Business Degree and an MBA, knew tough decisions were required to turn things around. With the backing of the Board, cost-cutting ensued to keep the sport afloat.

The result has seen ACT Netball emerge in a strong financial position with lower costs, improved governance and increased sponsorship.

If nothing else, it highlights Benita’s no-nonsense approach to getting things done. This can be traced back to growing up in Alice Springs where nothing was handed to Benita on a platter. As a young tennis player, she backed herself to be a professional, a move fully supported by her parents who had a significant involvement in tennis in the Territory. But a four-year US College Scholarship in North Texas, playing up to four matches a weekend, effectively drained her love of the sport. This was coupled with not seeing her family for three years. 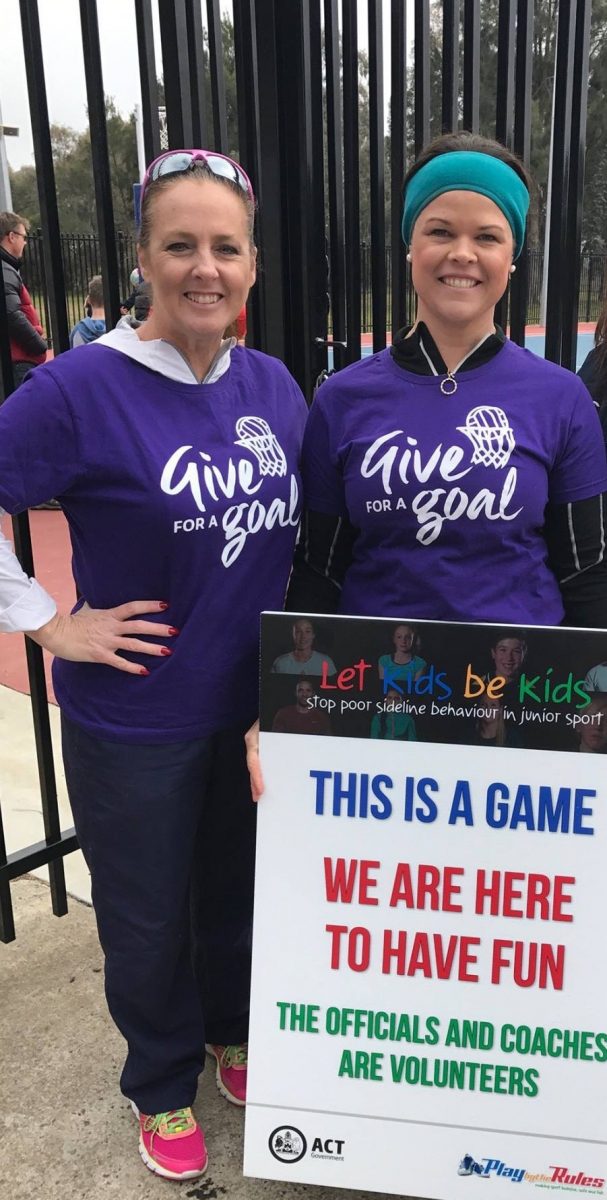 For Benita, family comes first. And that is the reason why she is leaving the Netball ACT General Manager role and heading to Cairns. It is to honour a promise she made to her older sister, Annette, who died from ovarian cancer in March at the age of 39. Benita pledged to her sister that she would help look after her two Cairns-based nephews aged only five and seven years.

At times the combination of turning around the fortunes of Netball ACT and her sister’s illness took its toll. Burnout became a factor. But Benita says the 100 per cent approach to a task is in her nature.

So Benita heads to Cairns, leaving the Netball ACT role on 12 June, with no job lined up. She is satisfied though, that she is leaving the sport in good shape.

She says there is still plenty to be done but is confident the proactive Board, led by President Louise Bilston and a fantastic staff, can fully realise the sport’s potential in Canberra.

Sad to lose her. She’s done an amazing job. X

George Watling - 54 minutes ago
These multi title trojan horses are cropping up all over Canberra. Developers are trying it on in Holder and Weston and other... View
News 45

Shane Westmore - 1 hour ago
Absolutely. There’s people voting now who are completely misinformed about anything going on in this country & waste their... View
Nada Krstin - 3 hours ago
oops, meant to say, cannot have it one way! :)... View
Nada Krstin - 3 hours ago
No. And if you think they are mature enough to vote at 16 or 17, then they should be tried for any crimes as adults as well,... View
Opinion 94