Two ACT men, both aged 23, have been charged following their arrest at Yass over a police pursuit during which they allegedly fired shots at officers early yesterday.

They have each been charged with numerous offences, including shoot with intent to murder, aggravated break and enter, assault and resist arrest.

Both have been refused bail to appear before Goulburn Local Court today.

Police were called to the Hume Highway at Gundagai about 2am on Sunday, following reports of a break and enter on a business.

Two men driving a utility were pursued from Gundagai to Yass, during which police will allege a number of shots were fired by the men.

About 3.40am, those men stopped at a service centre at Yass, where police allege the men forced the driver of a Ford Falcon out of his vehicle at gunpoint.

Two men were arrested at the service centre and taken to Yass Police Station.

An independent critical incident team from Monaro Local Area Command will now investigate all circumstances surrounding the incident, including the discharge of a police firearm during the arrests.

That investigation will be overseen by the Professional Standards Command.

ABC news on TV and radio repeatedly said one man was from Yass and the other from Eden. Someone is telling Porky pies…

The NSW police said they were from the ACT.

Jan McElligott Pot and kettle there, Jan ... but moving on. The critical bit of your quote is "... in… View 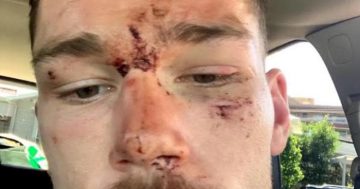 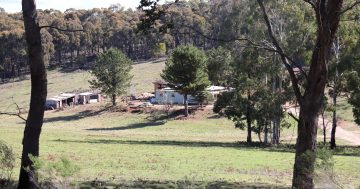