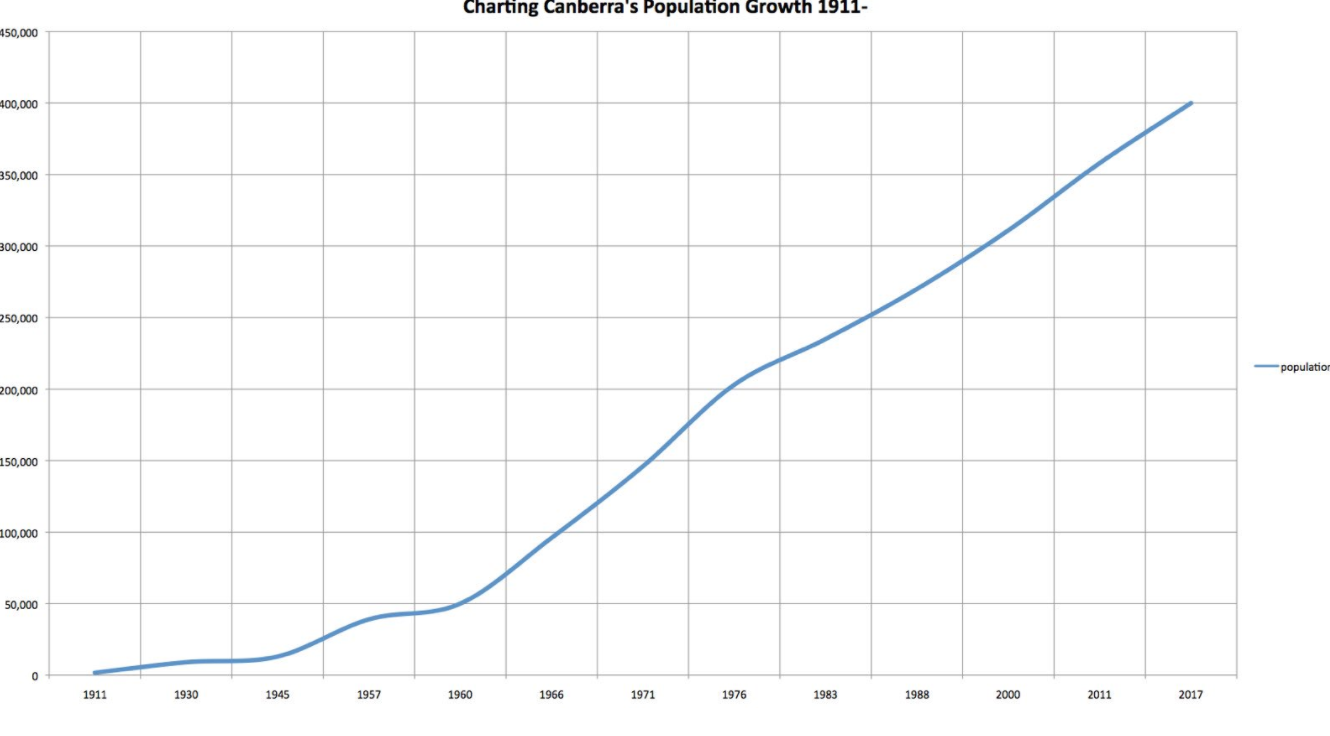 The ACT’s population is set to continue exploding and will hit 421,000 in four years, according to projections from the Chief Minister’s office.

With a growth rate of 1.5 percent, the ACT is one of the fastest growing parts of the country behind only New South Wales and Victoria. If trends continue, the ACT will have more people than Tasmania by 2050.

“The newly elected ACT Government is already planning the infrastructure we need to cater for this growth – from health and education right through to public transport,” said Chief Minister Andrew Barr.

“Our commitment to the people of Canberra during the ACT Election was that we would make the necessary investments to ensure we didn’t become gridlocked like Sydney and Melbourne.”

The University of Canberra and the ANU drove interstate migration — as youth nationwide come to the capital to study. So did a more peaceable Federal government. “The new Turnbull government doesn’t seem as set on cutting as many jobs, which obviously affects population levels,” said a spokesperson for the Chief Minister.

Appearing on the ABC last Sunday, Chief Minister Barr addressed whether infrastructure could keep up with the growth his ministry projects. He said, “there is a limit” to sustainable growth but gave no indication what the limit might look like. Barr has been a champion of population growth and made his preference for high numbers clear in comments to the press.

Population growth was most heavily concentrated in Lawson, Crace, Franklin, Bonner and Casey — three of which have been targeted by the Land Development Agency for development since 2013.

Cheryl Thuillier - 42 minutes ago
Was a great place. View
Opinion 128

@the_riotact @The_RiotACT
In the last week alone, @genesisowusu took home 4 ARIA and two Triple J awards. We sit down with the #Canberra artist behind Owusu's most iconic piece of gold jewellery - his gold grill https://t.co/r576TmanM0 (31 minutes ago)